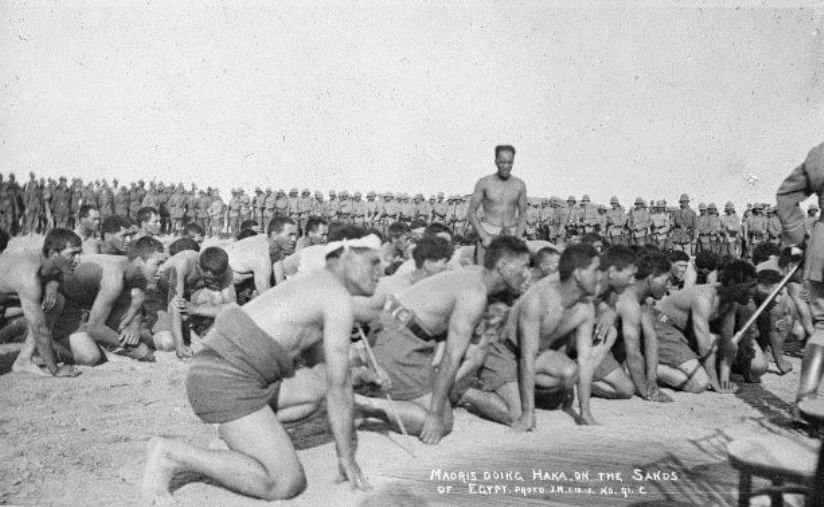 It is no easy task to embark thousands of soldiers for a long voyage, and the loading process at Wellington, New Zealand has lasted three weeks. Today, ten troops ships carrying 8,500 ANZACs and 4,000 horses finally leave this South Pacific land for Europe. The boats are civilian steamers that have been requisitioned by the admiralty and hastily painted in sea gray. Redirected to Egypt when the Ottoman Empire joins the war on the side of the Central Powers, this is the largest single contingent of the New Zealand Expeditionary Force (NZEF) to set sail for war together at any one time during the conflict. 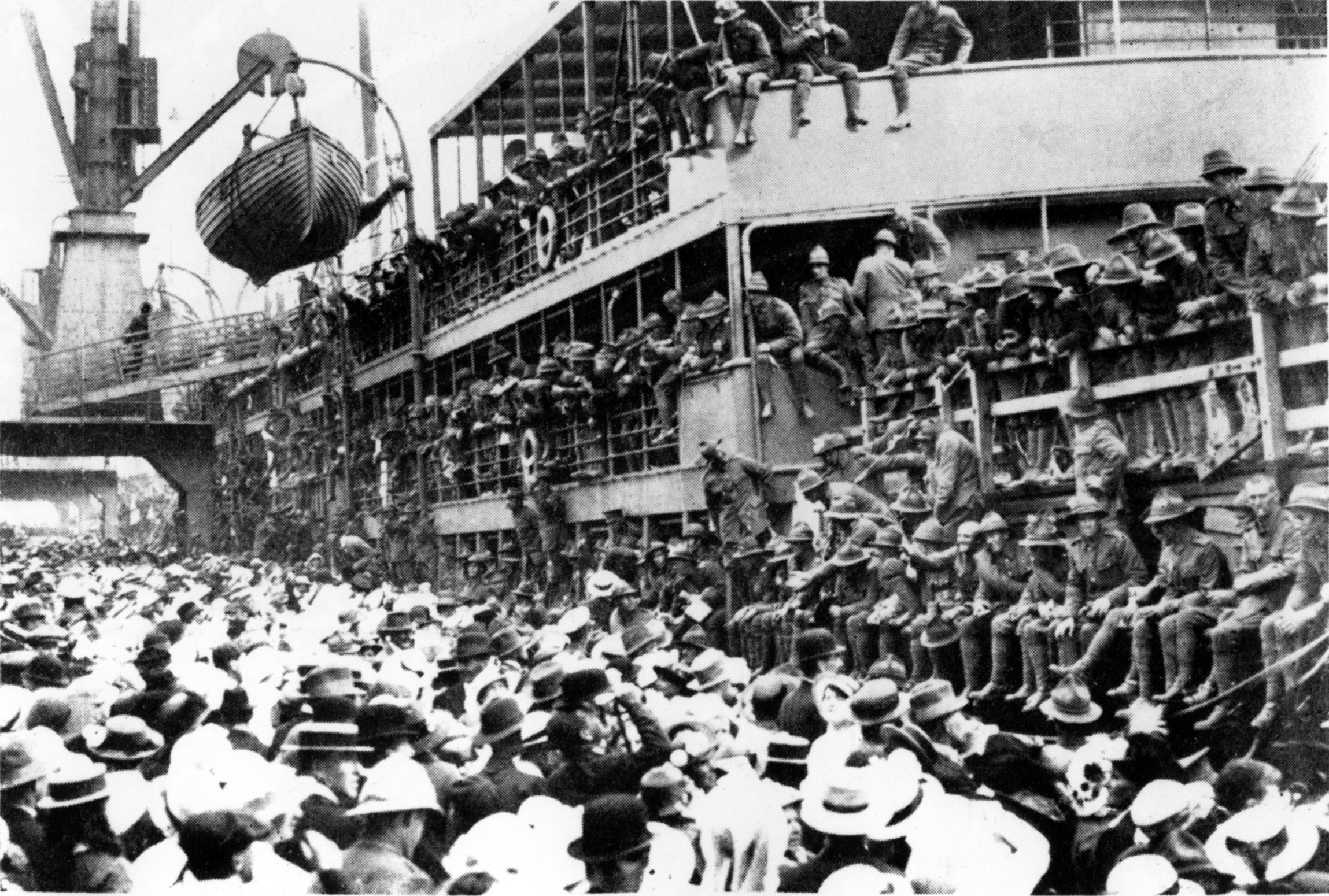 Embarkation of thousands of troops by boat was a time-consuming, complex process that took days

The convoy is a diverse operation: Japanese warships join their escort, for the Emden has been active in the Indian Ocean, and Admiral Graf von Spee’s East Asiatic Squadron is still unaccounted-for by admiralty intelligence. Indeed, this convoy has grown to such a size because the first loaded transports had to be delayed until the escorts could be arranged.

Mobilization has taken place in four different districts. Stringent health requirements eliminated a quarter of applicants from service. After completing basic training, the new army paraded through towns and cities led by brass bands, then closed up their camps to start embarking on the 23rd of September.

The first of nearly 2,700 aboriginal Maoris to serve in the Great War are also on board the troop ships (see photo at top). A proud, resilient people, the Maori were never conquered by Britain, but rather agreed to become subjects in exchange for the rights and privileges of citizenship. In his travelogue Following the Equator, American author Mark Twain praises the British crown for letting Maoris represent themselves in New Zealand’s government.

Military service is not a new phenomenon for the Maoris, either. Some of them have already served in the Second Boer War thanks to recruiters who ignored restrictions on native enlistments. By the end of this war, the Maoris of the NZEF will leave a permanent impact on the national identity of New Zealand — and the whole world will know about their haka, or War Dance.

Originally performed as challenges to rival warriors before battle, the hakas are famous for their rhythmic stomps, body slaps, tongue-poking facial expressions, and the roaring chant that describes deeds of ancestors and tribal history. Adopted by New Zealand sports teams for international competition, the hakas have also been incorporated into New Zealand’s military culture as a ceremony for the fallen. This is not just a stereotype or a cultural appropriation at work, but a sign of how thoroughly and uniquely blended New Zealand has become.