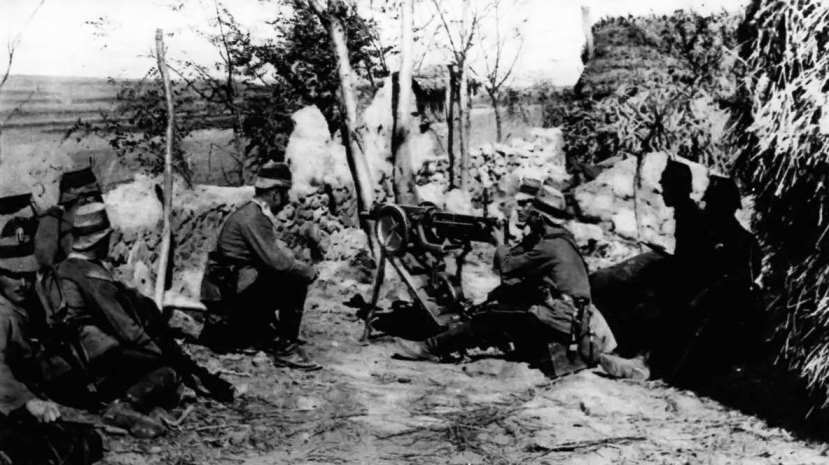 What few standing military forces the Kaiser and his Austrian colleague Franz Josef maintained in their Chinese possessions were adequate to repel a fellow European power, but the attacker today is an Asian dragon on the rise, and the scratch force of defenders (see above) is badly outnumbered and outgunned. Though the campaign has been tiny by European standards, with just 32,000 combatants and fewer than 500 dead, the Siege of Tsingtao is the largest action of the war outside of Europe in 1914. It is also the climax of the entire war in the Asian-Pacific theater.

And just like the war taking place in Europe, there are trenches guarded with layers of barbed wire.

The Great War has already begun the 20th Century process of global decolonization, but Japan is determined to imitate the Western model of empire in Asia and the Pacific. Drawn into the war at the request of Britain, the Emperor’s generals have conducted a meticulous, methodical campaign to surround and cut off the Kaiser’s Chinese port city from the rest of Shandong Province.

Their two-month campaign has only involved a few days of actual fighting. Yesterday the central defensive works fell, and Governor Alfred Meyer-Waldeck dispatched Lieutenant Gunther Plüschow, the colony’s lone pilot, to Beijing with the colony’s final dispatches. The fall of Tsingtao today lands as a tremendous blow on Wilhelm II, who declared at the beginning of the siege that he would rather surrender Berlin to Russia than lose Tsingtao to Japan.

It is also a complete discrediting of Admiral Alfred von Tirpitz’s disingenuous naval war plan — and his faraway interference in the critical prewar defensive planning for the Kaiser’s farthest-flung and proudest colony. 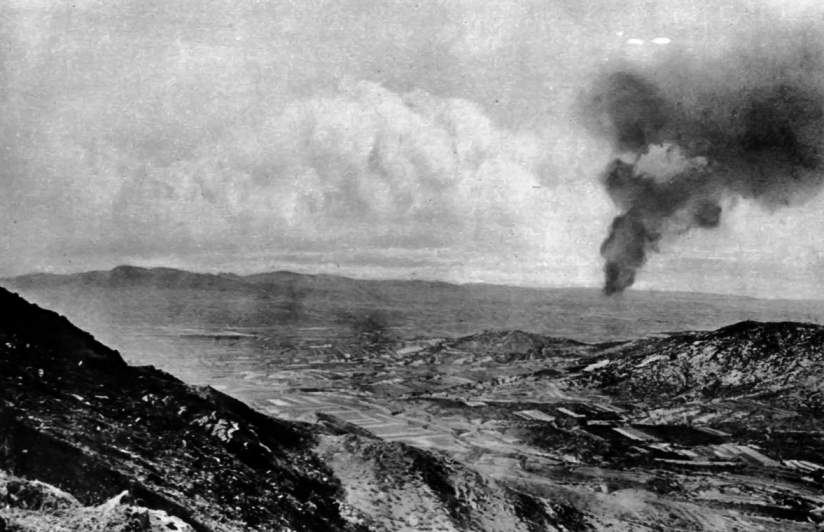 Of the three defensive plans proposed to Berlin, Tirpitz chose the one closest to the colony itself, since it was the smallest in size and required the fewest troops. To make matters worse, the colony’s annual ammunition supply was supposed to arrive in September, and the defenders have used up a great number of shells making improvised land mines. As a result, the German guns are running short of anything to shoot at the attacking Japanese.

Unlike the Navy, the Imperial Japanese Army (IJA) suffered high casualties and did not perform well during the war with Russia ten years ago. The General Staff saw this campaign as an opportunity to expunge that record and chose a cautious commander, Lieutenant-General Mitsuomi Kamio. Instructed to take no unnecessary risks, but to win a showcase success for Emperor Taisho, the success of his thorough planning and patient organization has been made easier by the colony’s limited defenses.

His troops are generally bad shots with their inaccurate rifles — a lucky thing during ‘friendly-fire’ incidents with their British allies — but their final assault took place yesterday with an abundance of rifle grenades as well as improvised ‘Bangalore torpedoes’ made with bamboo and explosives. These innovations would be welcome right now on the fields of Flanders, where grenades are in high demand by troops struggling against the first strands of barbed wire. Kamio’s elaborate communications planning has allowed him to quickly exploit breakthroughs, a feat that both sides struggle to repeat on the Western Front.

The appearance of aircraft over Tsingtao from the first days of the siege, correcting artillery fire and dropping bombs, came as an unwelcome surprise to the defenders. In fact, history’s first carrier strike took place on September 6th with seaplanes launched from the Wakamiya, and although it is impossible to verify, Lieutenant Plüschow claimed history’s first combat aviation kill by firing his pistol from the seat of a Taube aircraft. 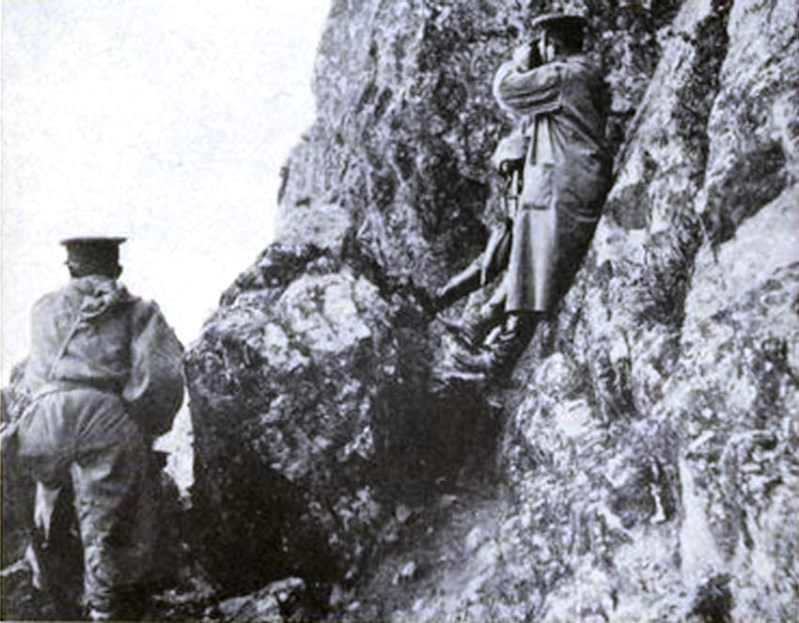 Japanese officers observe the shelling of Tsingtao. The prepared defenses did not encompass the surrounding hills, allowing the besieging force to systematically reduce them with artillery fire from high ground

But the Siege of Tsingtao has also revealed fault lines in the alliance. The small British and Indian contingent has not distinguished itself: during the night of November 2nd, they fell back from an exposed point in the trench line they had been digging alongside a Japanese unit doing the same, but which did not break under fire. The resulting acrimony is a harbinger of things to come, for the British Foreign Office was hardly enthusiastic about invoking the alliance in the first place. The relationship will only deteriorate as the Japanese Army reasserts its prerogatives in the government on the strength of their renewed prestige, starting their nation’s long, sad slide into fascism.

Perhaps the most telling anecdote of the campaign is a possibly-apocryphal swordfight that took place last night during the final assault. As the story goes, a Japanese infantry officer bearing a samurai sword encountered a German officer waving his ceremonial saber; both combatants moved to join in the ancient ritual of steel-on-steel combat, but the folded metal of a master craftsman using ancient smithing techniques shattered its European counterpart with contempt.

The Great War is doing more to dispel all notions of white racial superiority than all the human rights advocacy of the 19th Century put together. The empire of the rising sun has now defeated two European powers, including the empire that trained its army. 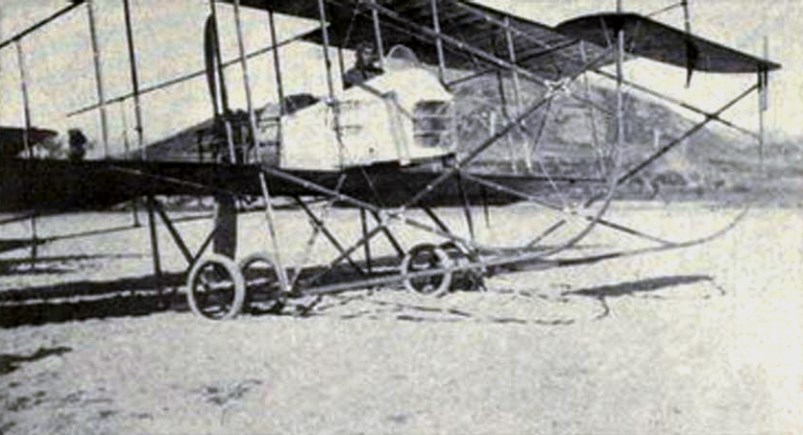 One of the biplanes Japan operated from a beach during the Siege of Tsingtao. Their appearance in the skies caught the defenders off-guard