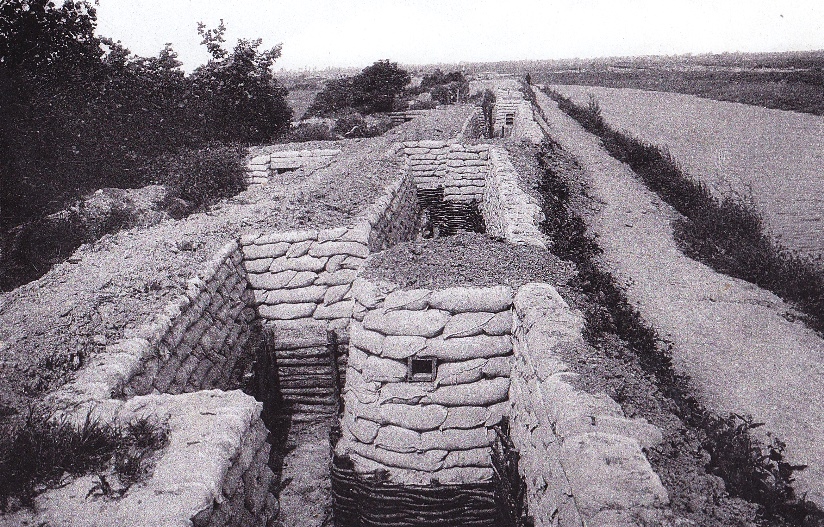 Joined by French Marines and reservists, the remaining Belgian army stops their week-long retreat from Antwerp today and digs in on the western bank of the River Yser. Just twenty feet wide with low embankments, it is hardly the perfect obstacle behind which to make a determined stand, but King Albert I is determined to defend the last little unoccupied piece of his country against German aggression; as long as any small bit of Belgium remains free, complete liberation is possible.

Starting tomorrow until mid-November, twelve German divisions will attack this sector trying to break the allied flank and deny Britain use of the Channel ports. Because the water table near the coast is far too low for effective entrenchment, the fighting here is extremely bloody, so the defenders — who number just eight divisions — begin flooding the western approaches after six days of high casualties.

Finding themselves in danger of being cut off by the rising waters, the attacking Germans retire from their bridgehead in November. By then, the ‘Race to the Sea’ is over and the Western Front has closed. 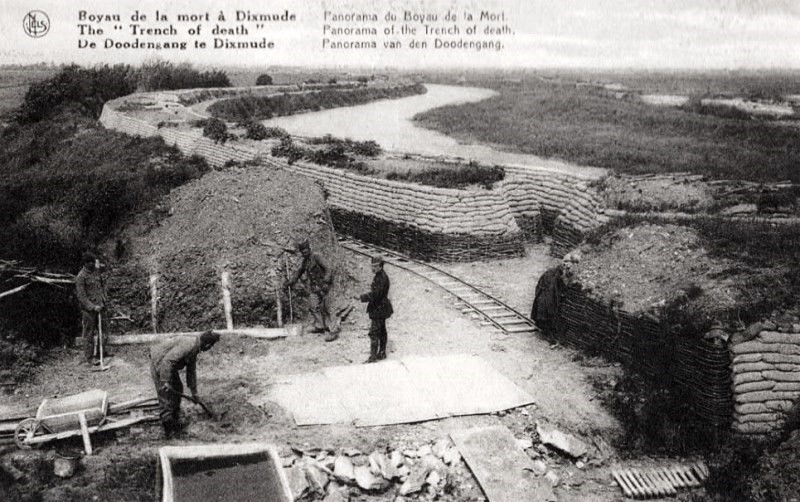 Another view of the infamous ‘Dodengang’ breastwork undergoing wartime improvements

Due to the drainage problems here, the Belgians use sandbags to construct above-ground trenches. One of these is the Dodengang, or ‘trench of death,’ pictured above, which witnesses some of the most ferocious fights of the war due to its prominent location along a slightly-higher spur of ground outside Diksmuide. It is also one of the few sections of the Western Front that is still well-preserved today for tourists to see in person.

Of the 60,000 Belgians who fight here, one in three has been killed by November 10th. France loses almost as many. But more than twice as many Germans also are dead, a very high price for no gain, and British command of the English Channel leaves coastal forces vulnerable to offshore gunboats. As the ground seems unpromising for any offensive, German Marines are assigned to man the breastworks on the other side of the flooded fields, and the Yser becomes the northern anchor of the Western Front until late in 1918. 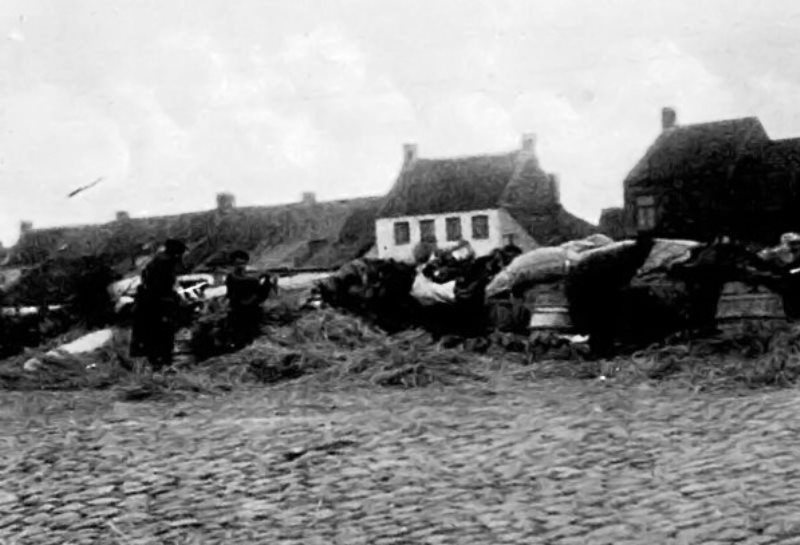 At the end of 1914, the Belgian sector is just twelve miles long — and much of the Western Front within Belgium, including the coastal defenses at Nieuwpoort, is being defended by French soldiers. Unable to raise many fresh troops, King Albert I’s forces will never be strong enough to affect the balance of the war, but his successful defense provides an important psychological boost for the allies — especially for Britain, which can only hold twenty-one miles of front themselves.

German shelling leaves much of this area destroyed. Winter rains also make off-road areas here impassible to vehicles, and sometimes even horses and men. In fact, the entire landscape soon becomes inimical to life: cattle are freely grazing among the combatants, and their fresh manure in the wet, rich, flat earth contributes to high rates of gas gangrene among the wounded. And by the Summer, the flooded fields will be breeding-grounds for disease-carrying mosquitoes. 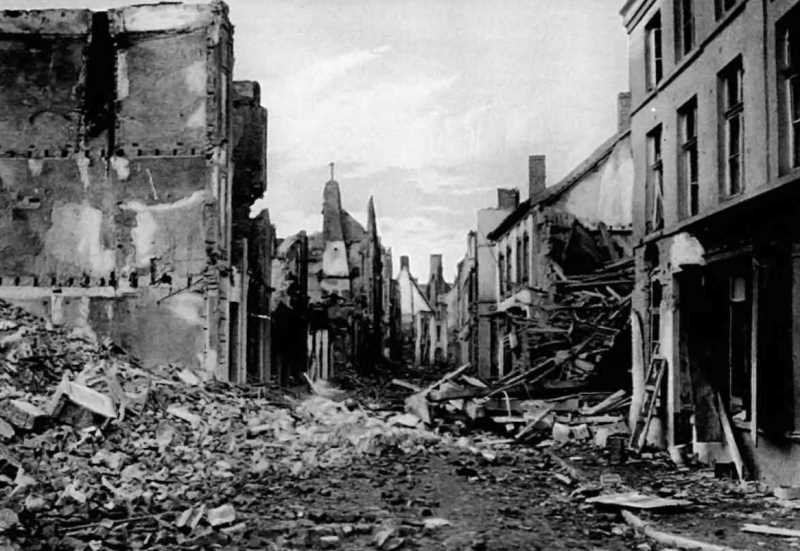 Both sides are reckless in these early days of trench warfare, but the Battle of the Yser disproves all myths of Teutonic superiority. Because the terrain is so flat and open, an observer with any height advantage — say, in a ruined bell-tower — can spot German attacks coming from literally miles away. The Kaiser’s soldiers are still attacking in serried ranks, bayonets to front, as if they were fighting at Waterloo; the Belgian artillery is limited, but it is terribly effective against mass formations in the open. Indeed, the national myth of ‘brave little Belgium’ probably owes more to this battlefield than any other, for it is here that they finally do stop the ‘grey wave’ after all — with ninety-five percent of their country already occupied. 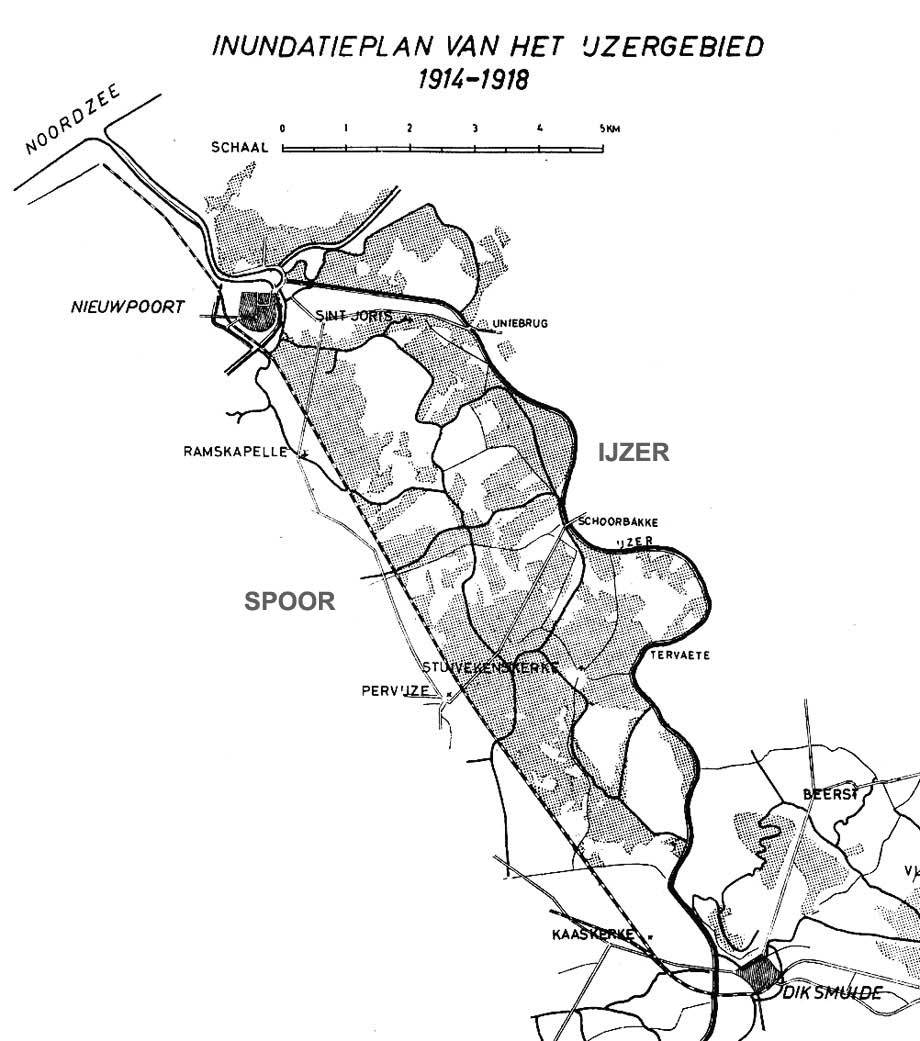