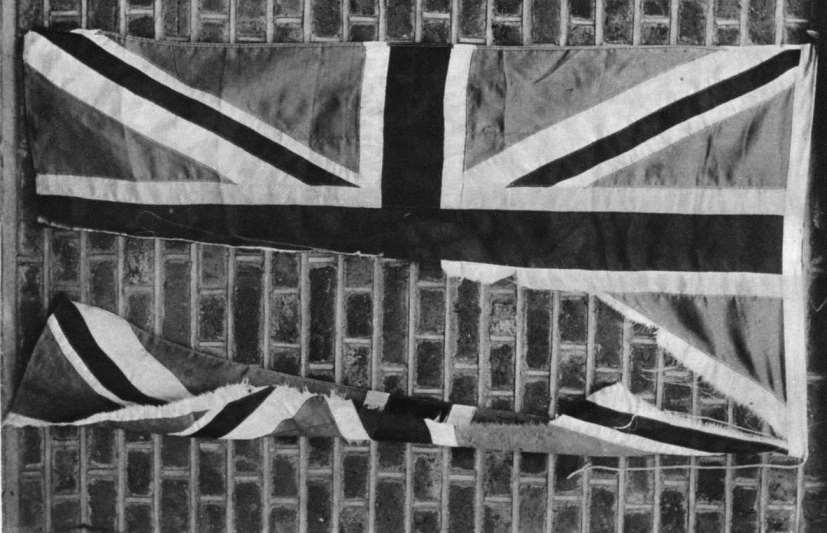 Above: the Union Jack flag Christiaan de Wet tore at the opening of his Five Shilling Rebellion today.

At first light this morning, 1,200 rebels backed by a six-gun battery of German artillery deploy around Keimoes, where a single captain commands 96 riflemen of the Imperial Light Horse. The defenders have no artillery or machine guns, but when their reinforcements arrive at about ten o’clock they are still holding off the much larger force with accurate rifle fire from deeply-dug positions.

The rebels are led by turncoat Manie Maritz, a future admirer of Hitler who has agreed to make his civilian volunteer militia into Germany’s secret weapon against the Union of South Africa and the British Empire. Wounded by the time reinforcements arrive, Maritz retreats to Kakamas before noon, leaving behind two dead Germans and four who are captured. Threatened with attack two days later, he retreats again to Schuit Drift on the Orange River.

As a result, government troops are left in control of the region, and the rebel groups that had sprung up to meet his call to revolt in Carnarvon and Kenhardt stand down in the face of overwhelming strength. Maritz’s rebellion has peaked almost as quickly as it started. 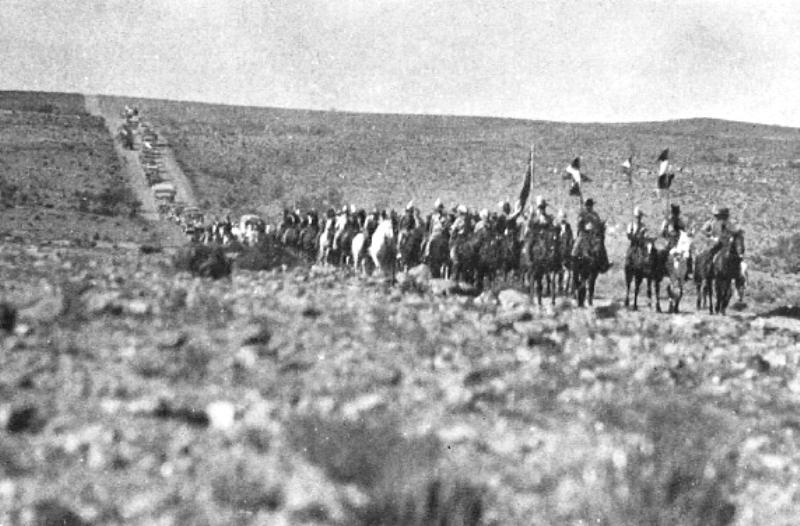 Manie Maritz’s column on the march near Upington

At the same time today, General Christiaan de Wet leads his rebel commando into the town of Reitz. The men of his force immediately move to stop the postmaster from telegraphing the capital with news of their arrival. De Wet then holds an open-air meeting, sending a half-dozen men to collect the local magistrate when he refuses to attend.

Proclaiming his rebellion, de Wet explains his intentions: “I am going through to Maritz, where we will receive arms and ammunition, and from there we are going to Pretoria to pull down the British flag and proclaim a free South African republic.” Tearing the Union Jack under his feet, he vows to replace it in the capital with the Vierkleur, flag of Transvaal.

The justification for his uprising is that he was recently fined five shillings by a royal magistrate for beating a black boy with a whip, and took offense when the judge smiled at his victim. This leads loyalist statesman Jan Smuts to christen de Wet’s uprising “The Five Shilling Rebellion.” 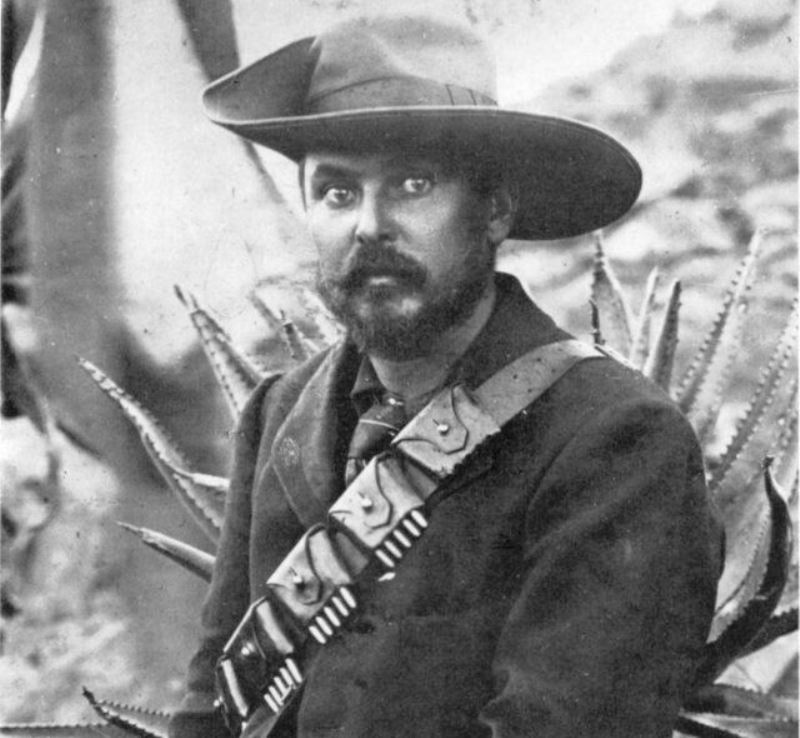 A photo of Louis Botha during the Second Boer War. Because he knew all their guerrilla tactics as well as they did, none of his fellow Boer generals could defeat him

Like all the men who rise up against him, Prime Minister Louis Botha is also a former general of the Second Boer War. He has already moved with alacrity to crush the uprising and takes personal command of his troops in another four days, pressing his enemies relentlessly and preventing them from linking up to consolidate their forces. Rebellion seems to be everywhere, but so does his army.

General Hertzog issued a manifesto against “English repression” yesterday while declaring a revolt. On the 25th, a party of rebels under Hans Meyer raids the town of Kopjes and makes off with £500 from the bank. General Muller’s commando forcibly recruits men and seizes a police station in Bronkhorstspruit, a town near the capital. Botha ignores them as distractions, choosing instead to target General Beyers at Rustenburg. The engagement is short, for the rebels prove unwilling to meet his army toe-to-toe. After another battle on the 7th of November neutralizes Beyers, Botha rapidly redeploys to surround and defeat de Wet on the 12th.

With the back of the rebellion broken, Botha leaves a few commandos to hold his lines of communications and returns to the capital. Mop-up operations will last until February. 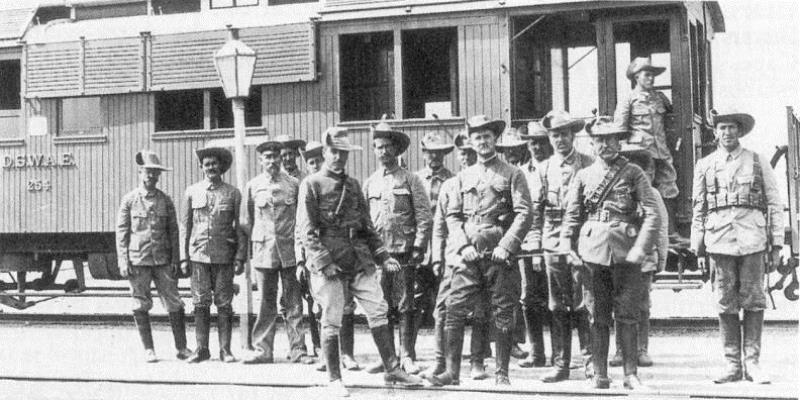 Men of the Vreikorps who served the traitor Manie Maritz. Today we would call them a paramilitary organization