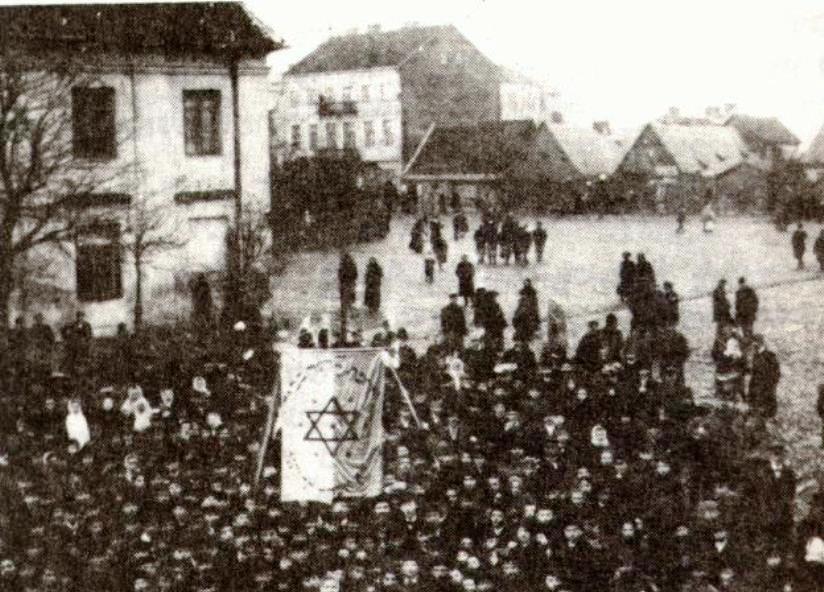 As General Erich von Ludendorff’s 8th Army pursues retreating Russians through the town of Mława today, the local Jewish community welcomes their liberation by German soldiers. Oppressive state policies have made life difficult for Jews in Russian Poland, where Ludendorff is attacking a larger force with poor intelligence, but the Jews of Mława are a third of the town’s population and have never been afraid to assert their identity — or speak to their dreams of Zion.

During the wave of anti-Semitism that accompanied Russia’s war with Japan in 1904, they marched peaceably under the banner of Israel (see above) to protest their treatment by the Emperor. Now, they unabashedly cheer their Emperor’s defeat.

The advancing German army will include more than half a million Jews during the course of the war. Jews are already fighting and dying for the Tsar all along the Eastern Front as well, yet the Tsar’s Christian peasant soldiers have been committing pogroms since the first day of combat in Galicia. The irony goes deeper: at this moment in history, anti-Semitism is more pronounced and official in Russia than in Germany.

The city center of Mława before the war. Although Jews faced official repression, they enjoyed good relations with local Gentiles prior to the war — but then their enthusiasm for German liberation led to a boycott of Jewish shops

Polish Gentiles might dream of independence, but they are wary of German intentions — with good reason, for the German political right is powerful and expansionist. Indeed, General Ludendorff himself will become one of the most visible advocates of ethnic cleansing and colonization policies in conquered Poland. After Ludendorff retreats in a matter of days, abandoning his offensive, the town’s ten thousand Gentile citizens refuse to patronize Jewish businesses.

There are many similar stories all across the Eastern Front. While these episodes pale in comparison to the horrors of the Second World War, they lead to simmering resentments around the Jewish communities in Poland. Mława’s Jewish community grows between the wars, but so do local anti-Semitic feelings that are still not soothed by Polish independence.

In fact, there are occasional violent attacks and general discrimination. By the time that Hitler’s armies turn this town into a ghetto, local collaborators stand ready to cash in on their bigotry, and a series of anti-Semitic laws has already been in place for years. 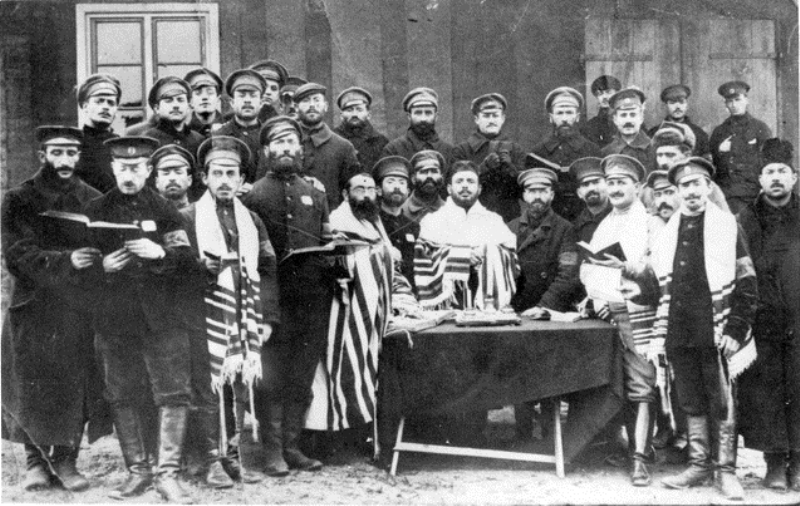 A few of the half-million Jews who fought for the Tsar. Despite pogroms and official anti-Semitism, like other national groups they hoped to earn tolerance and respect for their community through their loyal service

When the Great War began, more Jews had been emigrating to the New World from Eastern Europe than from any other region for decades. But the Eastern Front covers an area still containing four million Jews who largely see the Central Powers as liberators from an oppressive Tsar, an opinion reflected in the wider Jewish world. The German Foreign Office encourages and exploits this to undermine their enemy. In the first of many forced migrations to come, Russia banishes more than 600,000 Jews to prevent collaboration.

When the international Jewish diaspora organizes for the relief of these co-religionists suffering in Siberia, it galvanizes the dream of Israel. Unlike the international socialist movement, the global Zionist movement has not fractured on national lines. Sentiment for the Central Powers runs strong in the Judaic nation, but with the end of the war their focus is on London — and Britain’s mandate in Palestine. 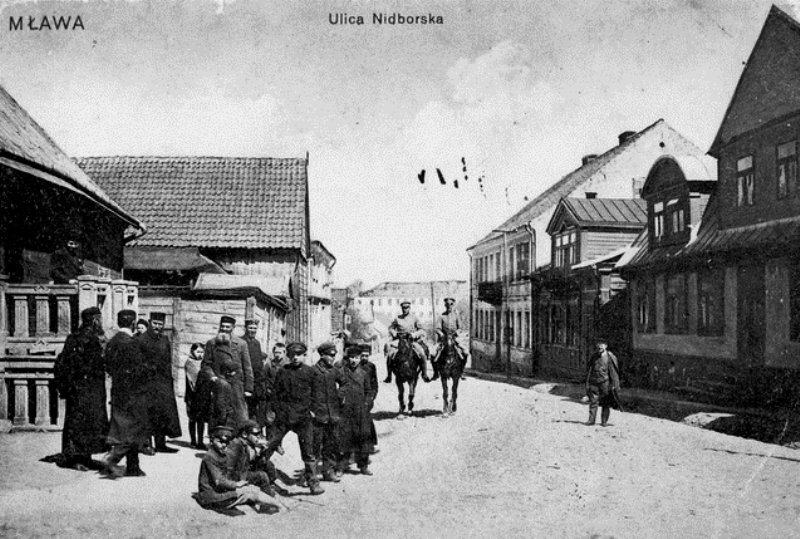 A prewar photo of traditional Mlawa Jews gathered in a street as Gentile police patrol. Via YadVeshem.org