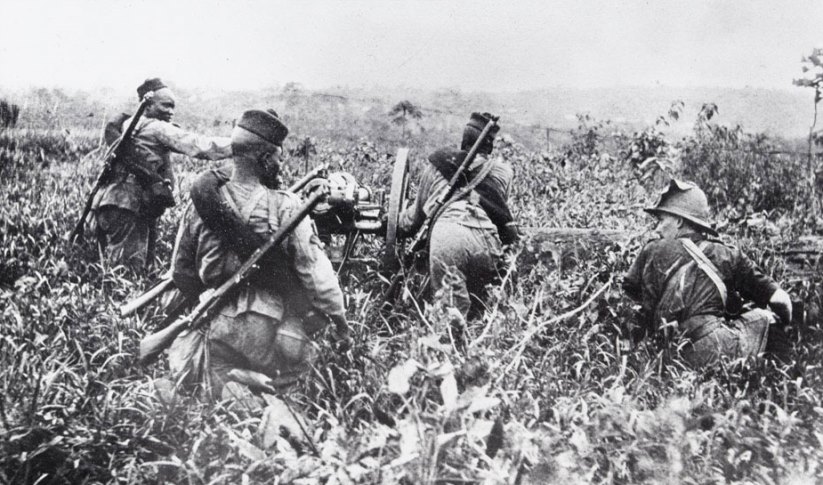 Kamerun is a fever-ridden colony that has suffered from chronic corruption and mismanagement under German rule. Lacking many good roads, the country is difficult for an army to move and fight in during good weather, to say nothing of the rainy season. Germany started the war with fewer than 11,000 troops of any kind in Africa, and there will be no resupply or relief coming from Berlin without a victory in Europe first.

So it is understandable that the German colonists have chosen to trade space for time today. They do not feel dishonor in giving up territory that isn’t truly a part of Germany, and hope that their machine guns can hold out long enough in the interior. Because the colony can receive signals from Berlin, Major Karl Zimmerman and Governor Ebermaier are aware of the deadlock on the Western Front. But with campaigning only possible for half the year in Kamerun, and few good alternative strategies, their logic is impeccable.

Three allied columns enter the town of Edea unopposed today, concluding a six-day operation. After five days of resistance, Zimmerman has evacuated 100 miles east to Yaunde, the capital of modern-day Cameroon. It is the base from which he will wage a bush war with the seemingly-simple objective of outlasting the allies. 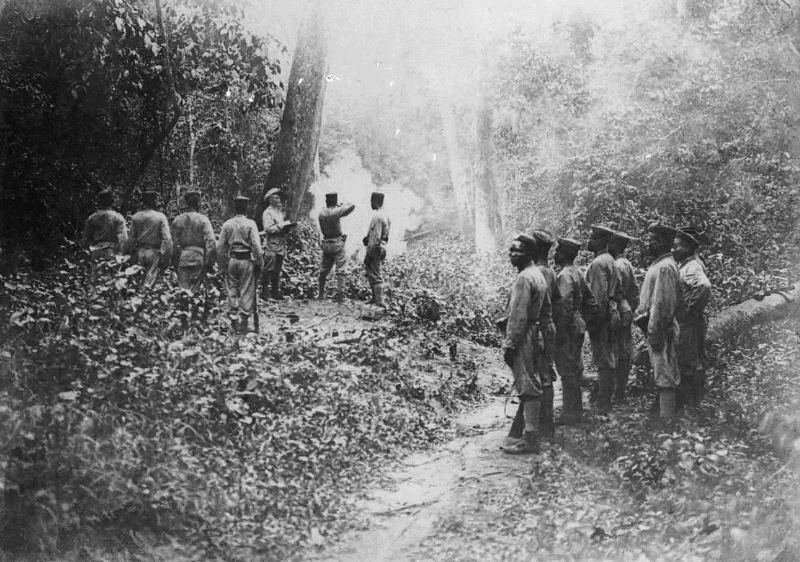 Schutztruppen training in the jungle ca. 1910. Germans admired the courage and ability of their native troops

Zimmerman has concentrated his defense on the railroad line running south to Japoma, which is the avenue of advance for Colonel Mayer, who commands the Senegalese Tiraileurs in the best traditions of French military doctrine. Mayer attacked relentlessly despite heavy losses, and Zimmerman lost his nerve in the face of a much larger force. The two British columns have only been wounded by insect bites, diseases, and accidents; this is undoubtedly a French victory, but it has been won at the cost of 41 white and 389 black native soldiers.

It also leaves the allies in a position to establish control over the entire Mount Cameroon plantation zone. Edea overlooks the Sagana River, and by controlling the midland railway the German defenders are being systematically cut off from any possible resupply. Zimmerman has traded space for time, but that doesn’t mean time is on his side. 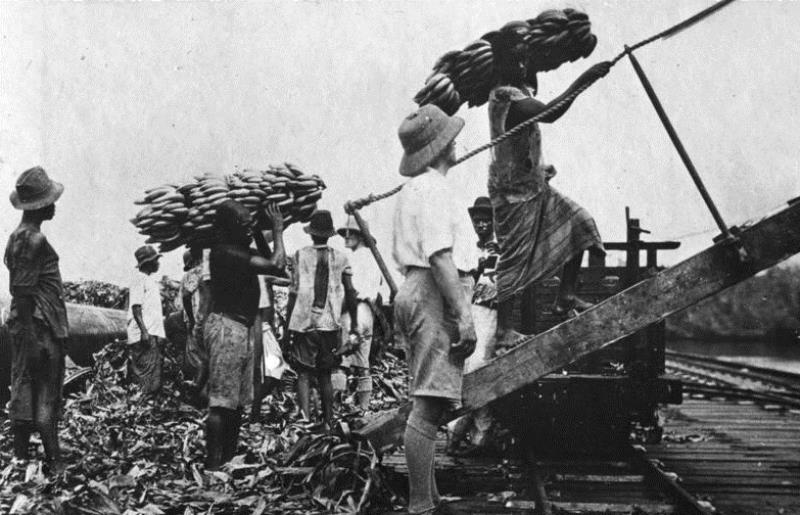 Bananas being loaded for export to Germany ca. 1911

Before the end of the year, a British force clears the northern railway, finding two airplanes when they take the railhead at Nkongsamba. Meanwhile, a French and Belgian force seizes the southern part of Kamerun and its railway at the beginning of the new year. Although operations will last into 1916, the allies are moving with all the alacrity and ability they have; the only things slowing them down are a lack of good maps, a lack of long-distance communications, and a lack of reinforcements.

Troops must garrison points along the line of advance, and with the pressing demands for manpower on the Western Front there are precious few reinforcements to spare. In fact, most of the soldiers who serve on both sides are Africans. Although most young and able-bodied male German colonists have taken up arms, there aren’t many of them, and the main focus of their defense is in the north, where British and French columns are making no progress. After January, they engage only in guerrilla activities, avoiding pitched battle.

In many ways, this is a Western adventurer’s campaign — an opportunity for white men to lose themselves in the jungle and return with stories of survival, or lead small units in daring attacks through the brush. But it is also characterized by cruelty: the white German officers have a difficult time preventing their native charges from slaying wounded enemies, while their scorched-earth policy leaves villages simmering with anger and welcoming to the allies. Although it will still take decades for Africa to be fully liberated from European empires, that process has begun in blood and fire. 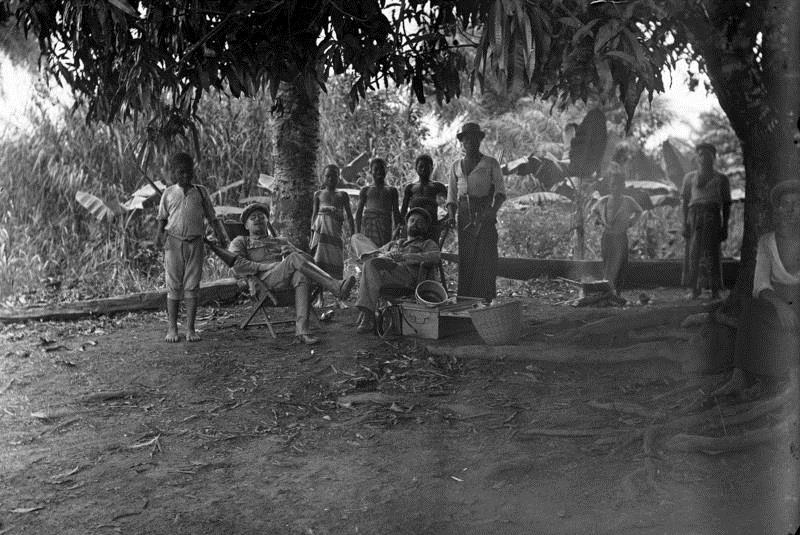