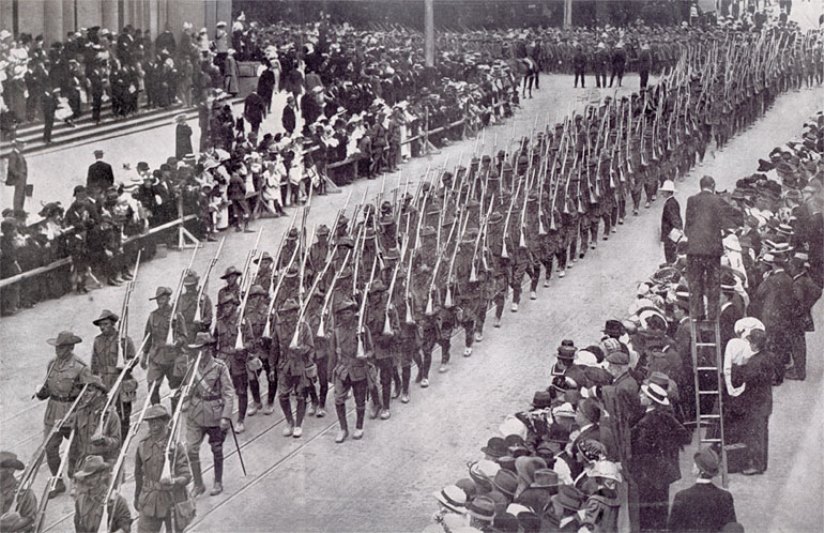 On the frontiers of France, German infantry retakes the city of Mulhouse near the Swiss border, and two 420 millimeter Big Bertha guns finally reach the Belgian boundary line, having traveled directly from the Krupp factories that built them.

But on the other end of the Earth, recruiting stations open up today, and by the end of the year more than fifty thousand Australian men will have joined the ANZACs. In the course of the war, 380,000 of them — almost half the eligible male population — will serve in uniform, with some 200,000 killed or wounded. 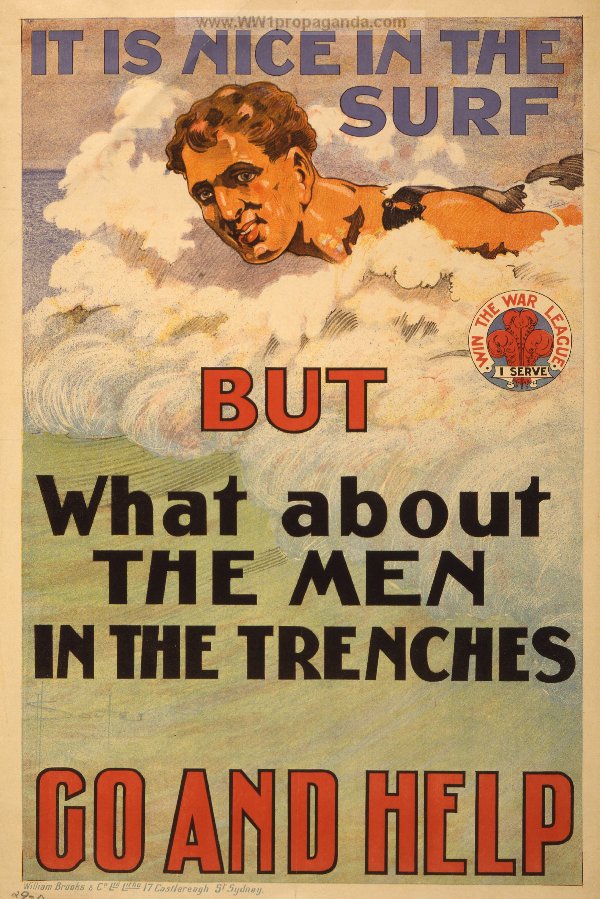 The cost in blood is even more staggering for New Zealand, which sends just 100,000 men to war. One out of six does not return; two in five are wounded. Thousands of Maoris and Pacific islanders will fight alongside whites in various theaters of the war, including the Western front. But the New Zealanders’ first mission will begin next week as they embark for German Samoa, another German colony that will fall to the allies in the first month of this war. 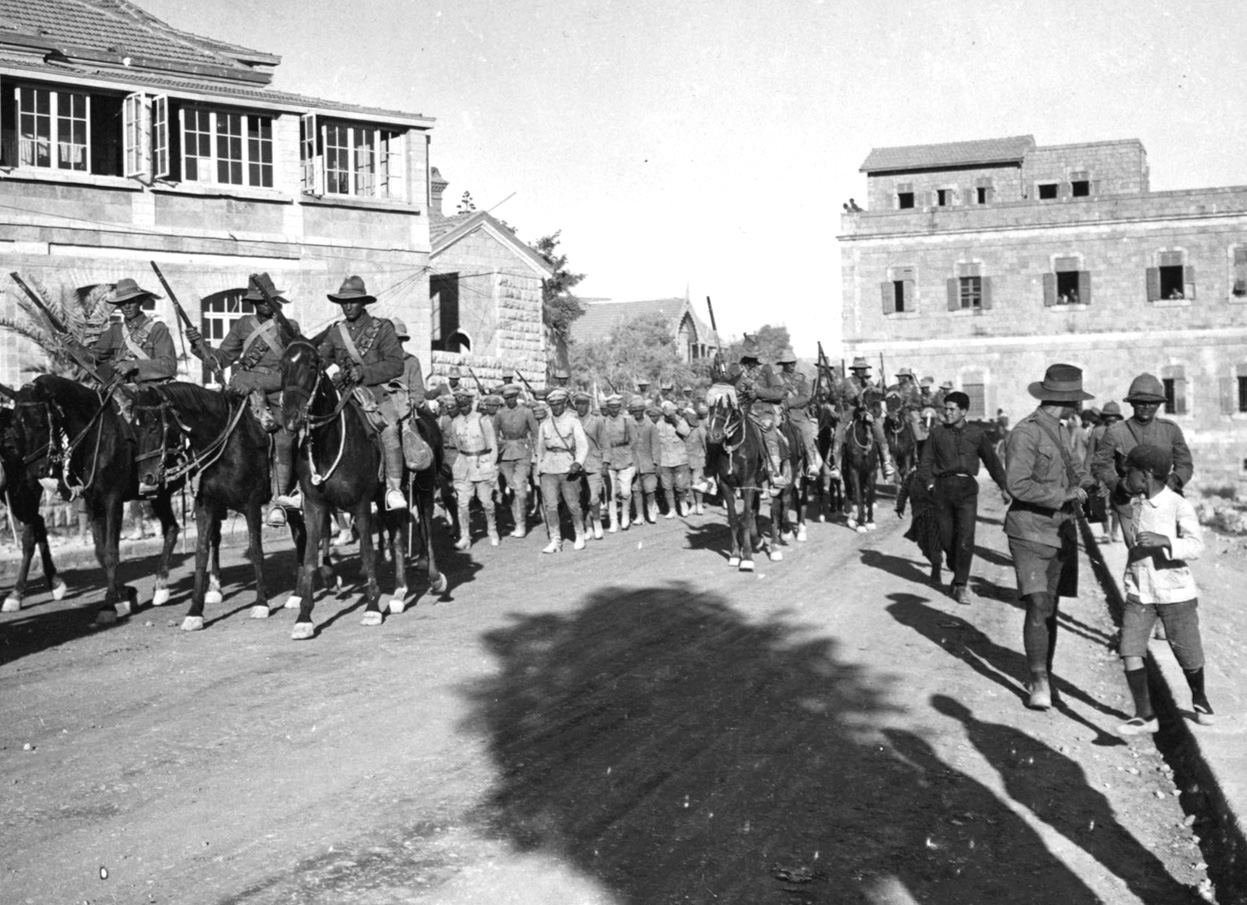 The Australian cruiser Sydney that sank the German cruiser Emden

Yet the campaign that will be best remembered for ANZAC participation is the disastrous Gallipoli operation, Winston Churchill’s failed attempt to seize the Dardanelles from the Ottoman Empire. That travesty will become synonymous with the sense of waste and frustration that sets in among all of Britain’s colonies by 1917, when the casualty lists of failed offensives have tempered the enthusiasm of these early months.

In fact, the ANZACs are greatly outnumbered by their British compatriots, but the battle is still so closely associated with these volunteers that it becomes a crucial part of Australians’ national self-image — as well as the basis for one of the most popular anti-war songs ever written.

Share on FacebookShare on TwitterShare on Google+
ANZACs, Australia, colonies
02 - Guns of August, 1914 - War Breaks Out
Posted on August 10, 2014