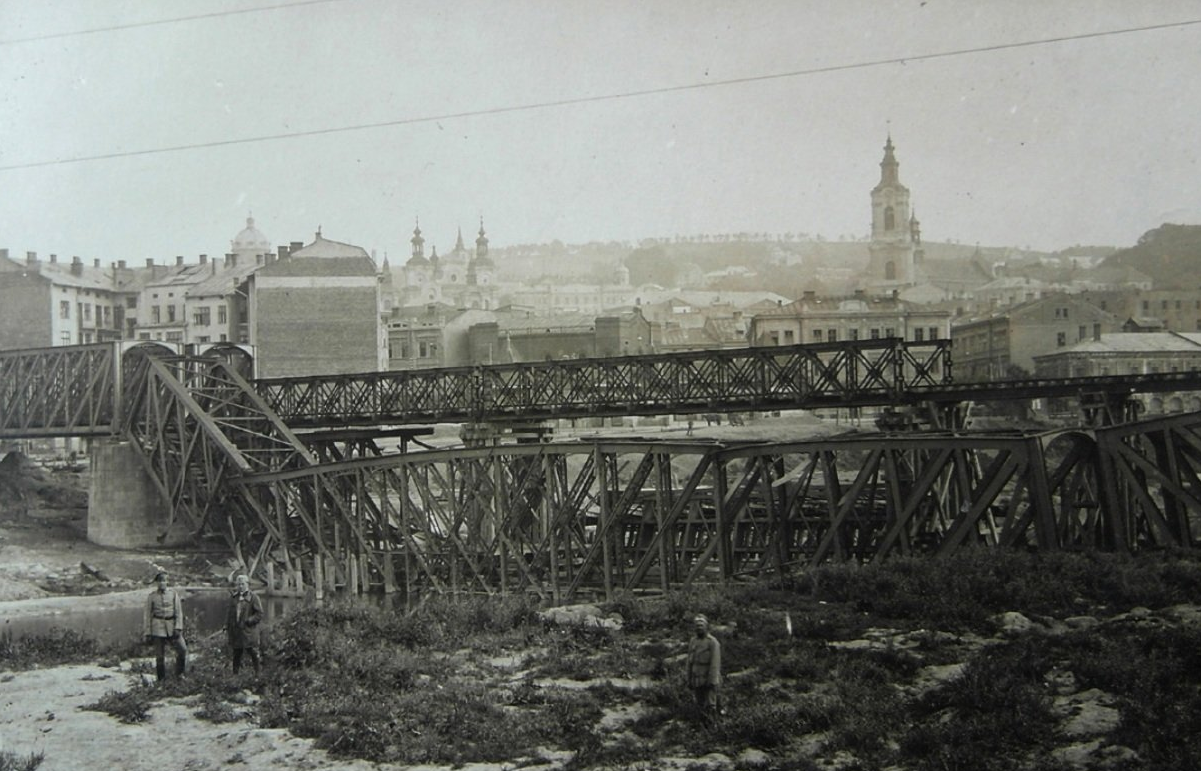 On paper, the fortress-city of Przemysl (seen above in 1915) seems formidable. Within an area of eleven square miles, the Hapsburg Empire has constructed sixty miles of covered trenches, two hundred artillery battery positions, seven bases, depots, storage buildings, stables, connected it all with telephones, and ringed the whole place with six hundred miles of barbed wire. Yet the position is weaker than it seems: there are 1,000 guns, but a third of them are obsolete 1861 models, which inspires the Russian force besieging Przemysl to call those positions ‘false batteries.’ The stockpiled ammunition for these guns turns out to be full of duds.

When Austro-Hungarian troops of the Imperial and Royal (kaiserlich und königliche, or KUK) Army were forced to retreat to the Carpathian Mountains four weeks ago, The Imperial and Royal Inspector of Artillery predicted this city would last just two weeks of siege. Yet 130,000 Russian soldiers armed with better and longer-ranged artillery than the defenders have failed to take it, even with the detonation of a sapper’s mine, and today an Austrian counteroffensive relieves Przemysl. 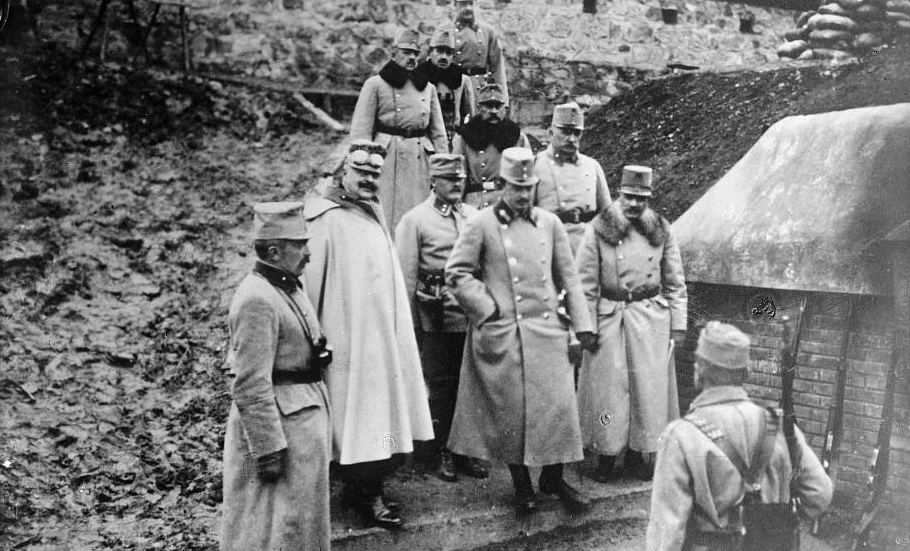 Imperial heir Archduke Karl in Przemysl, August 1914. Located in what is now the southernmost tip of Poland, Przemysl becomes a symbol of national resistance — and main objective of the fiercest battles in Galicia

The KUK has spent three weeks preparing for this sortie. Garrisons at home have been forming recruits and sending formations to the front to replenish the massive losses of August. German formations have arrived to join them. The Hapsburgs are also using significant motor transport for the first time. Fresh horses arrive pulling wagons, limbers, and artillery, including several 305 millimeter ‘Schlanke Emma‘ (Slim Emma) guns built by Skoda Works. The cavalry branch has been unable to replace its lost horses, but because of their utter defeat in August, Field Marshall Conrad von Hötzendorf has lost faith that their branch of arms can still win modern battles wearing bright, flashy uniforms. It is one of his few wise decisions as Field Marshall.

Although he is reduced to attacking with just infantry and artillery, Hötzendorf has excellent intelligence. Since August, Lieutenant Victor Marchesetti has been using the KUK’s only mobile radio station to intercept Russian wireless communications. Aware of the disaster that befell their Second Army at Tannenberg after German commanders read the Morse code traffic between General Samsonov and the Tsar’s Stavka (General Staff), the Russian operators started changing their encryption frequently in September, but Austrian cryptographers only ever need a few days to crack their codes.

Armed with full knowledge of their enemy’s locations and intentions, three Hapsburg armies now march out again to face the Russian horde. 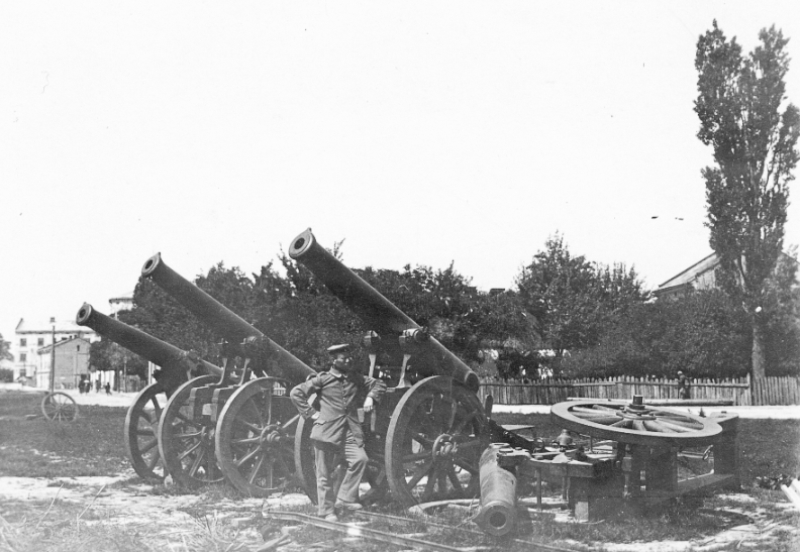 Some of the obsolete guns at Przemysl, photographed by Germans in 1915. Expecting willpower to overcome material shortage, the Hapsburgs failed to fully modernize their prewar industries or their army

They succeed in relieving the city, entering it today, but this success has a downside. Garrisoned by 80,000 troops, Przemysl suddenly becomes the supply base for 130,000 additional men and their horses. Each army requires five hundred tons of food and feed per day, and both are soon in shorter supply here than they were before the relief — along with medicine, ammunition, and everything else the armies need. Hötzendorf’s officers do their best to resupply the fortress city, but logistics has never been their strong point.

To meet this challenge, Austria is already warping its economy beyond recognition. Industries not directly related to armaments and supply are either closing or shrinking; temporary high overall unemployment masks a shortage of skilled labor, for in some areas, a third of the Empire’s metalworkers have left their forges to don uniforms. Indeed, the ‘sick man’ of the Central Powers actually exceeds Russia in rallying its factories and workshops to wartime production. Draconian measures work: by Spring, the unemployment rate is near zero — and new laws allow the government to draft able-bodied men of up to 50 years of age into the labor corps. 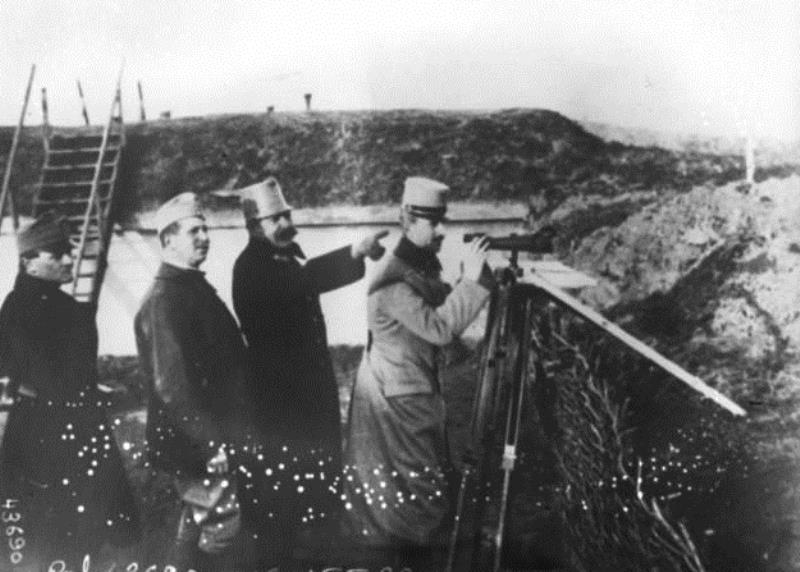 The relief of Przemysl turns into a fiasco when Hötzendorf orders his men to attack the enemy across the River San. Hapsburg artillery officers are terrible, knowing little of ballistics, and rather than support the attack they add their own artillery fire on top of the Russians’, killing hundreds of their own men.

Hötzendorf is further rankled by German General Ludendorff’s abortive attack on Russian Poland, which drains his strength, but he fritters away much of that himself pursuing ill-advised attacks on superior Russian forces, for the Tsar’s Siberian legions have been arriving at the front for weeks. By the 26th, Hötzendorf is forced to once again retreat, leaving the fortress city to defend itself. 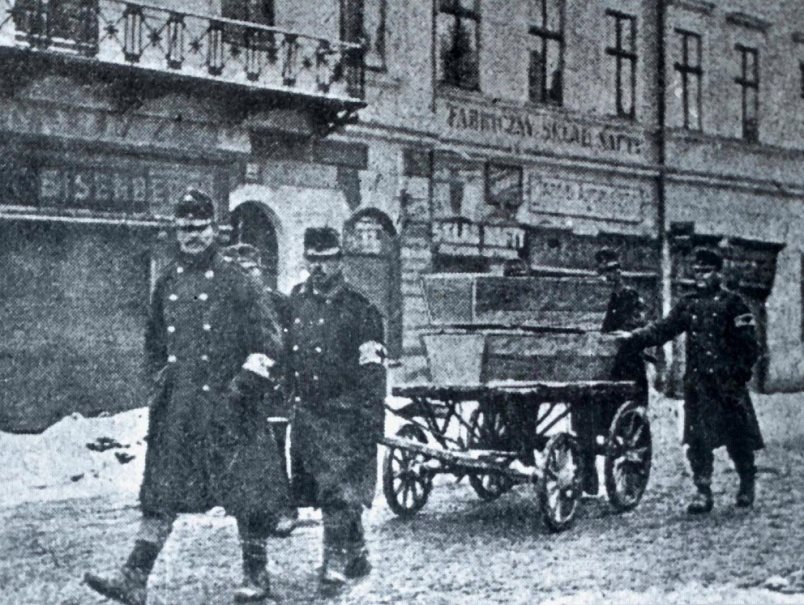 A burial detail in Przemysl. The longest siege of the war was also its bloodiest