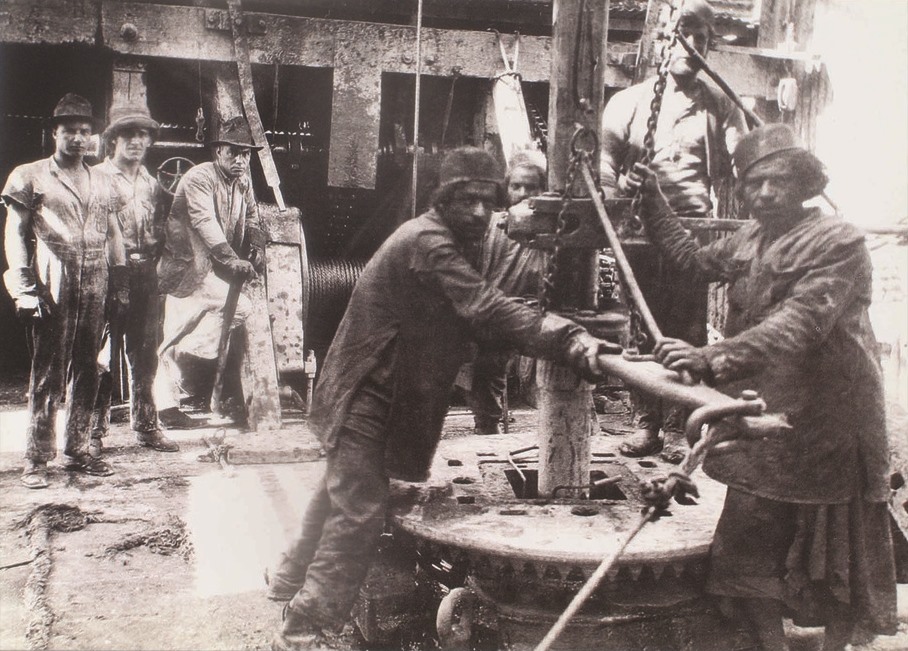 Yesterday the HMS Espiegel, a three-masted hybrid steam-and-sail gunboat, entered the Shatt-el-Arab from the Persian Gulf, arriving at Abadan in near darkness. Today her white hull shines in the morning sunlight, providing the local workforce with their first good look at her. Along with sister ships Odin and Ocean, the Espiegel is here to protect the British Empire’s investment in an oil-powered navy.

Oil has many technical advantages over coal as a means to fire boilers for power and propulsion. Indeed, one of the British navy’s chief uses for petroleum is to spray it on coal, especially the abundant low-quality Indian coal, so that it will burn hotter. Oil is also comparatively cleaner, and fuel flow regulation is much more precise. But the biggest reason to change fuels is that the laborious process of coal refueling keeps up to a quarter of the fleet busy at any given time — while liquid refueling is understandably faster, and can be accomplished at sea.

Britain has always lavished funds on her navy, and when Winston Churchill became First Lord of the Admiralty in 1911 the conversion of all future keels to oil-fired engines was one of his very first priorities. But whereas coal is plentiful in England, this transition is only made possible by the discovery and exploitation of oil reserves in Iran. 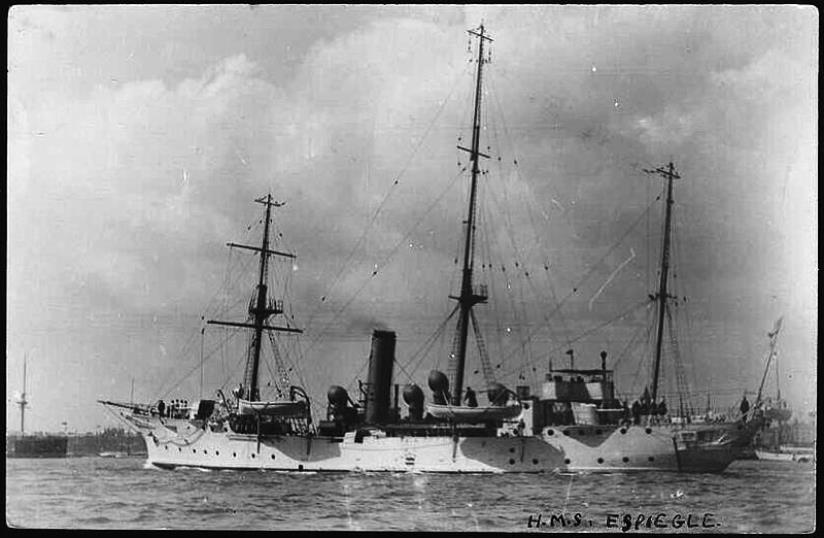 Built in 1900 as a hybrid vessel, the HMS Espiegle was never actually fitted with sails. She had already served in the Far East, wintering at a British concession threatened by the Russo-Japanese war in 1904

Ever since geologist George Bernard Reynolds struck oil here in 1908, development has come quickly. The proceeds of a 1909 public stock offering in the Anglo-Persian Oil Company (APOC) have been invested in the human and industrial infrastructure needed to extract a sea of hydrocarbons underneath Iran. Potable water and food must be supplied for many thousands of local laborers and a small army of British oil workers. Pipes and drills must be imported, for there are no factories here to make them.

Rather than wait for pipelines to be constructed from wellhead to terminal, long strings of donkeys carry steel barrels of oil across the parched landscape while construction continues. Today we still refer to sale volumes of crude oil in ‘barrels.’ APOC is also still with us today, too: after mergers, acquisitions, and some rebranding, British Petroleum is known to us today as BP. 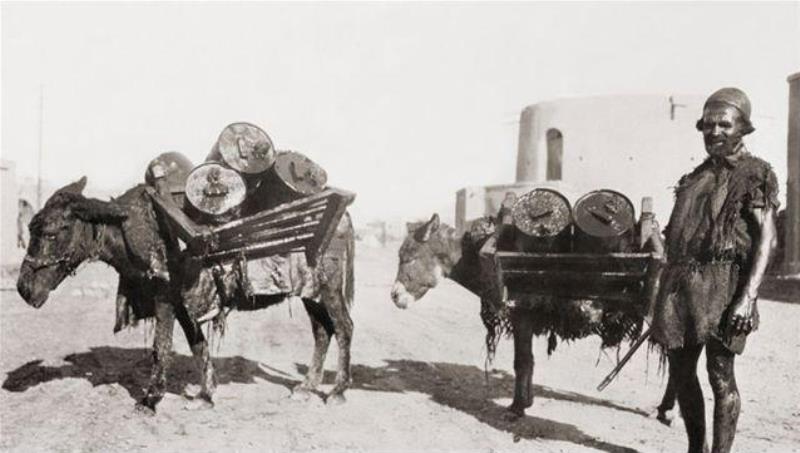 Dated 1910, a photo of oil being moved by donkeys before pipelines were laid

Relations with the Ottoman Empire — which has an outpost just upriver in Basra — are deteriorating, thanks again to Winston Churchill. The ‘sick man of Europe’ lacks modern weaponry or extensive railways, and the Kaiser is happy to offer his help with these problems. Unbeknownst to the British, the Ottomans signed a secret agreement with Germany on August 2nd, promising to enter the war on the side of the Central Powers.

But even without knowing this, Churchill is deeply suspicious of Ottoman intentions. He has been aggressive with the Turks, especially after two German cruisers sought refuge in the Black Sea. In an ominous escalation resulting from that diplomatic quarrel, Turkey closed the Dardenelles five days ago.

The Espiegle is ostensibly here to beef up the local defenses, but by sending her to Abadan the First Lord of the Admiralty is also anticipating his Empire’s offensive against Mesopotamia when the Sultan does enter the war. By the end of the month, the Espiegle and her sister ships will be firing on Basra.

Pipeline being laid to a well near Abadan, Iran ca. 1912

Oil cannot be subtracted from the history of the modern Middle East. Petroleum is the indisputable reason why both Britain, and later the United States, become the guardians of this region’s security. In 1953, an Iranian prime minister’s attempt to nationalize APOC will result in a British restoration of the Persian monarchy through an unpopular coup, beginning the country’s slide into despotism — and revolution. Even in the 21st Century, many of our current conflicts have been shaped by the oil politics of the 20th Century. 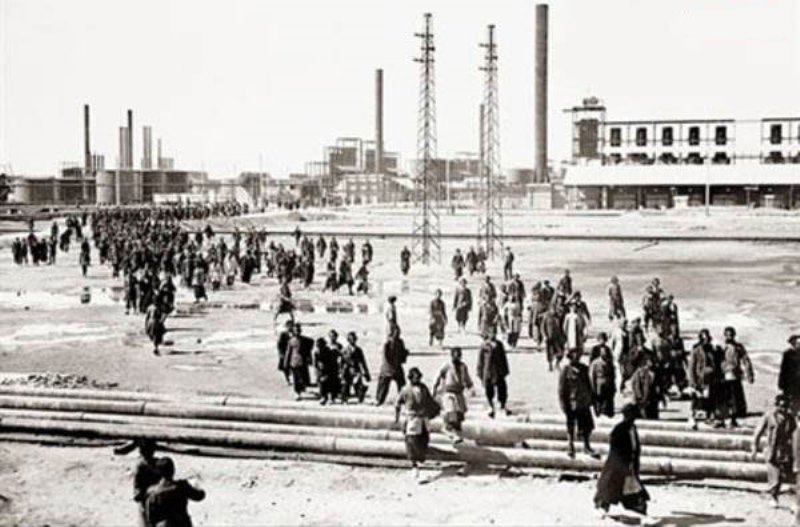 Payday at the Abadan refinery ca. 1920. Abadan would remain the world’s largest refinery for a half-century