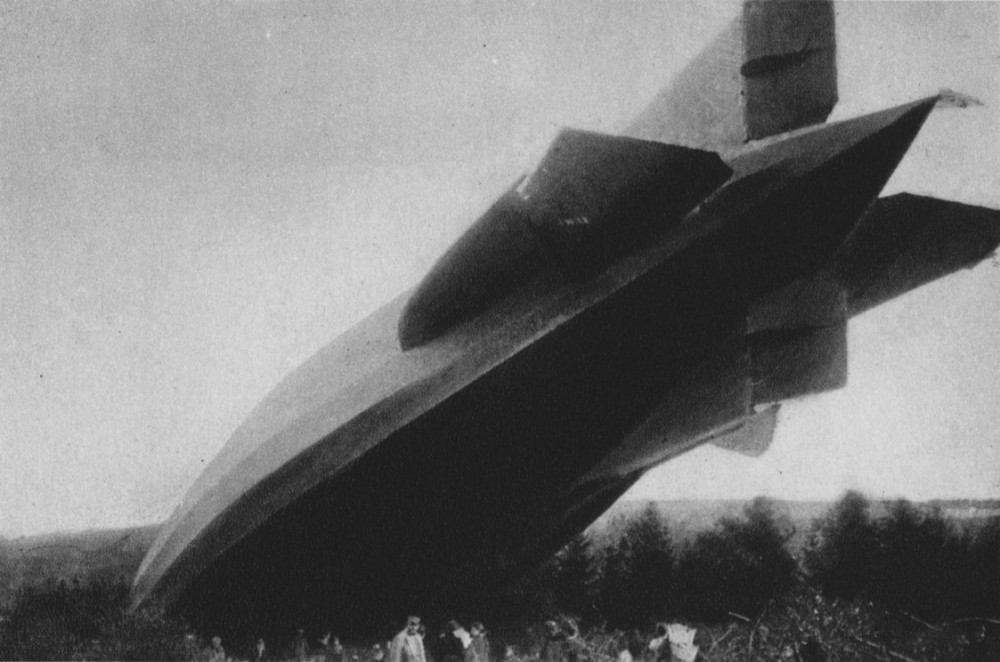 Today, Zeppelin Z VI claims a dark historical first when it drops artillery shells on the city of Liege. Air war is so new that aerial bombs haven’t even been invented yet, but the age of total war, in which entire nations become legitimate targets for destruction, arrives anyway with the deaths of nine civilians. Just as telling is that when the aircraft flies too low from poor inflation, the city’s defenders elevate their guns and puncture the Zeppelin’s gasbags, sending its crew scrambling back to Germany before their ship crashes. It lands in the forest outside Bonn, a total wreck. (Note: the photo above shows a later Zeppelin crash.)

Perhaps the most iconic machine of the age, the airship proves too fragile a machine for fighting on the front. But at the beginning of this war, it has the longest range of any aircraft, so Germany will use them to reach London and Paris with harassing attacks and search the North Sea for Britain’s fleet. French ballons dirigeables, from which we get the word ‘dirigible,’ are put to service as artillery spotters throughout the war, and Italy uses blimps in the Alpine campaign against Austria.

Also today, an American named Dennis P. Dowd Jr. enlists in the French Foreign Legion, becoming the very first American to fight in World War I. He will risk death in the front lines for two years before he tries to become a pilot and is killed in a training crash. 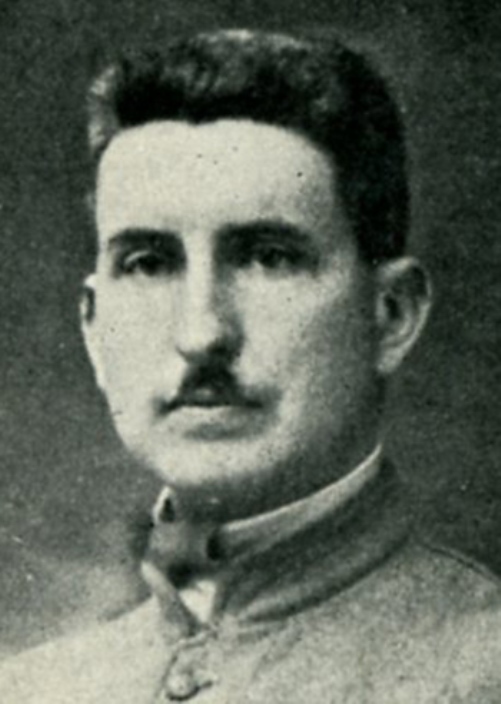 The war in the skies becomes one of the defining features of World War I, and one of the most gloried in the fullness of time. As envisioned by science fiction writer H.G. Wells in his seminal novel The War in the Air published just six years ago, aircraft merely make conflict more terrible and destructive than they already were. Although development has been rapid since the Wright brothers first flew over a decade ago, most airplanes are still not yet powerful enough to carry heavy machine guns, and heavy bombers are still in the future. In fact, the very language of air combat — including words like Immelman turn, dogfight, and overshoot — has yet to be invented, and airplanes have still not even been divided into classes such as fighter and bomber.

The next four years will feature constant innovation by both sides, and by the end of the war airplanes will play a vital role in restoring mobility to a deadlocked battlefield, but for now the most important roles for aircraft are reconnaissance and artillery spotting. The war has not ground to a halt yet; movement still rules the day. 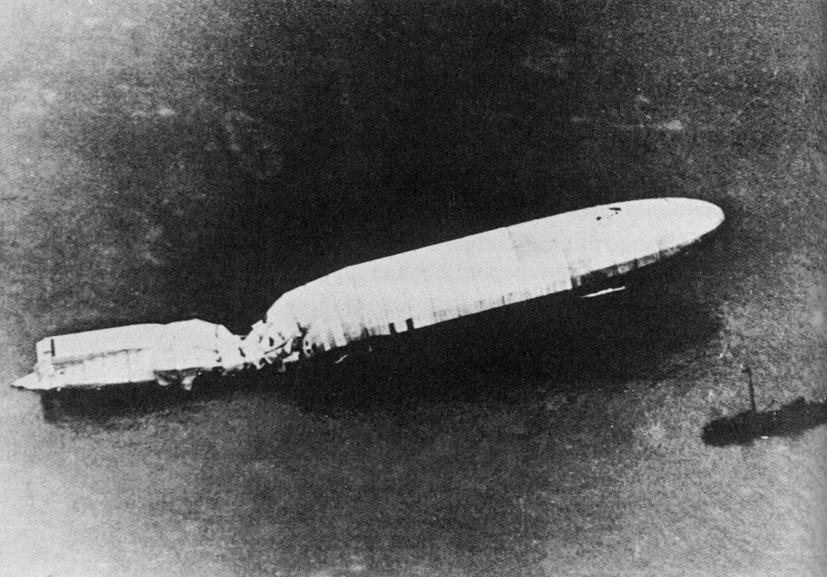