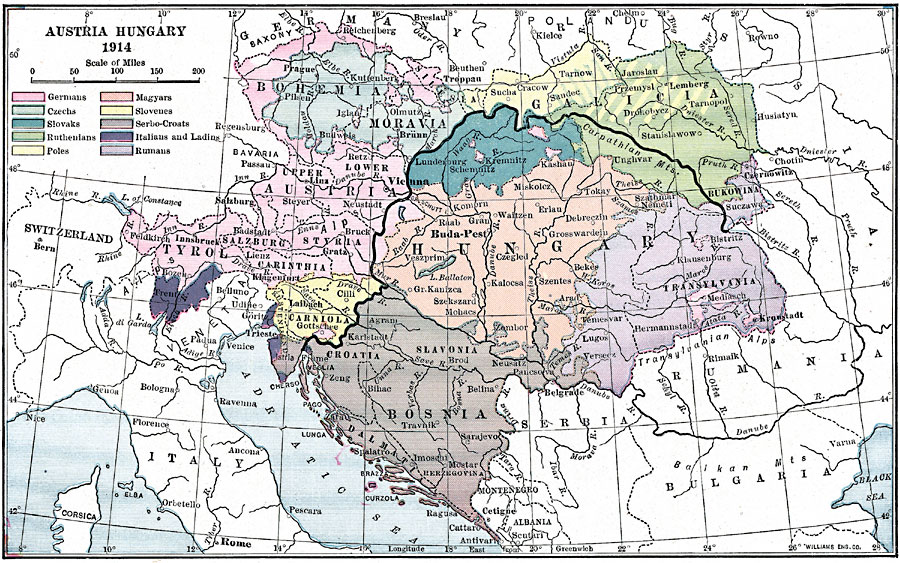 Italy and Romania conclude a secret treaty of “consultation and cooperation” today in Bucharest. The outcome of a process that began with the opening of hostilities, it is a general agreement that does not define any specific territorial demands for their intervention against the Central Powers, but does specifically require both nations to give the other eight days’ notice before making any military move against Germany or the Hapsburgs.

Publicly, both nations have declared their neutrality; privately, they salivate at the prospect of seeing the war turn decisively against the Central Powers so they can join in the territorial feeding frenzy. Rome wants to incorporate the Italian-speaking Alpine territories of the Hapsburg Empire, including Trento and Trieste, while Romania covets Romanian-speaking Transylvania and Bukovina. As the price for opening new fronts against the Central Powers, both Latin governments foresee themselves making similar territorial demands on the allies as well.

Considered minor powers, Italy and Romania aim to become major players — or bigger ones, at least. Italy has already fought and won a war with the Ottoman Empire in 1911 using modern weapons, including airplanes and submarines, to carve out an African domain in Libya. Both Italy and Romania have been past allies of the Central Powers, but neither nation sees any potential profit in helping Franz Joseph expand Austria’s power in the Balkans. Rather, both see a possible Hapsburg victory as a blow to their own aspirations. 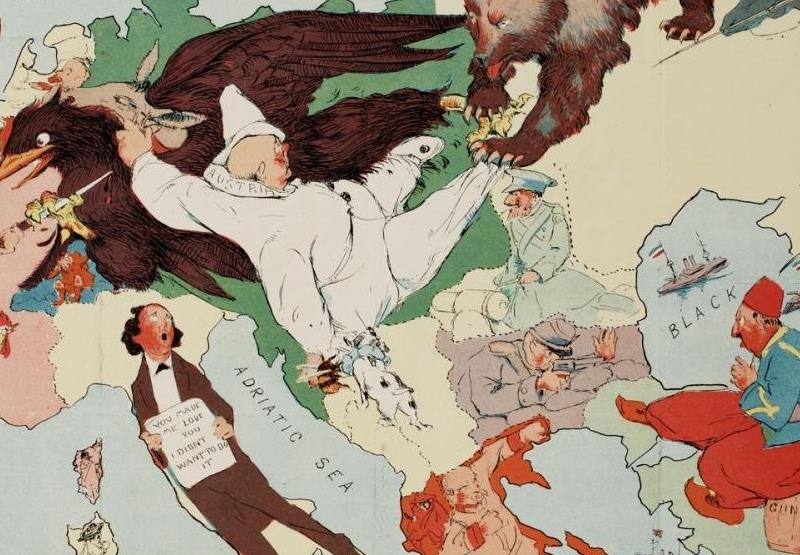 A study of a political cartoon from 1914 reveals incorrect assumptions about the strategic calculus of three countries: Italy, Bulgaria, and Romania

For Italian Foreign Minister Marquis Antonio San Giuliano, nearly immobilized by arthritis, an end to the contentious ‘Triple Alliance’ with Germany and Austria is a complex and delicate matter that cannot be conducted in the open. He is even forced to reign in Ambassador Carlos Fasciotti when his efforts in Bucharest draw unwanted attention from the German ambassador. Nor is Italy automatically served by allied war aims, as both Austria and Serbia want to divide Albania, which would threaten Italy’s ambition of controlling the Adriatic Sea.

The treaty concluded today ends up having no effect on the course of the war. As a member of the House of Hohenzollern, Romania’s King Carol I is a Germanophile, and the Conservative Party favors the Central Powers or neutrality while remaining deeply suspicious of Russian designs on Transylvania. Furthermore, San Giuliano and Carol I both die in the next three weeks, and Carol is replaced by his nephew Ferdinand I, who is no less pro-German.

Despite the abiding Austrophobia in his country, these complicated politics lead Prime Minister Ion I. C. Brătianu of the National Liberal Party to procrastinate until 1916 before committing Romania’s 650,000-man army to the allied cause. By then, Italy has already been at war with Austria for a year. Today, both nations recognize the importance of forming a united front to prevent Austria from defeating them one at a time, but this caution becomes less important to the Italians than the loan guarantees and territorial concessions they can wrangle from the allies. 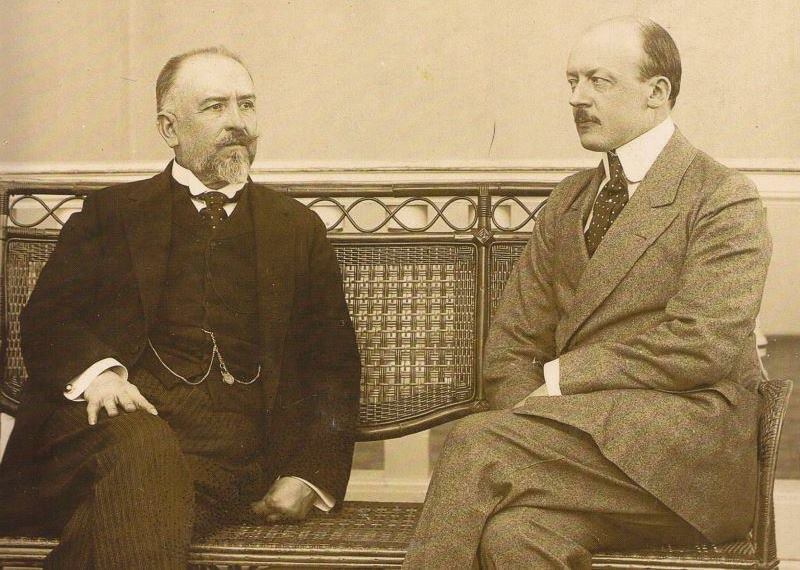 Romania secretly concludes a separate agreement with Russia on the 2nd of October, while Italy pursues simultaneous private negotiations with Britain. Each nation uses its secret agreement with the other to leverage these negotiations with the larger powers. San Giuliano breaks the secrecy provision of the treaty by having his ambassador in London tell Sir Edward Grey about it. As a result of the breach, Vienna hears rumors about the secret agreement even before King Carol does.

Fasciotti is right to fear that the new strategic relationship he has fostered will suffer without care and maintenance. The new Italian Foreign Minister proves uninterested in developing closer ties with Bucharest, and despite a second round of negotiations in February the partnership never takes concrete form. Instead, it has largely been a means for Italy to demand greater favors from both sides before deciding which one to choose. 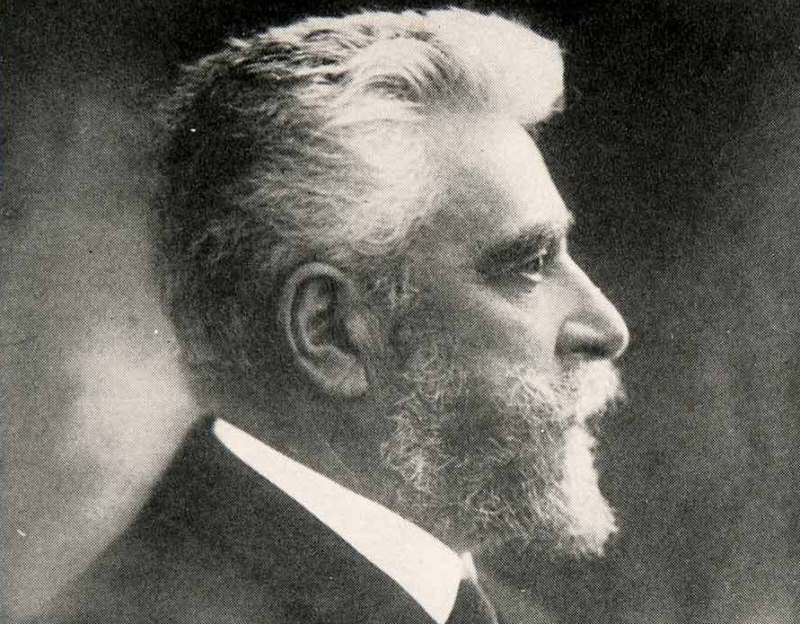 Romania’s Prime Minister Ion I. C. Brătianu kept his diplomatic negotiations secret from his own king

Developments on the battlefield also have an effect on the choices made by minor powers. In the war’s first weeks, Germany appeared to be on the brink of defeating France, and Italy was cool to the allies, but now the Kaiser’s troops are digging in for a protracted war on the Western Front and the Central Powers appear more vulnerable. Russia’s advances in Galicia have also encouraged Romanian belligerence, but by the time Italy concludes the Treaty of London in April and enters the war, Russian troops are retreating in disarray before the Central Powers’ counterattacks.

Neither minor power wants to face the enemy on their own, but both seek to join the war at a decisive moment when they can have a major effect on the outcome and so ask for greater spoils in return. These attempts to ‘thread the needle’ not only fail, they exacerbate the strategic and tactical limitations of Romanian and Italian armies; for despite their militancy, neither country is prepared for total war.