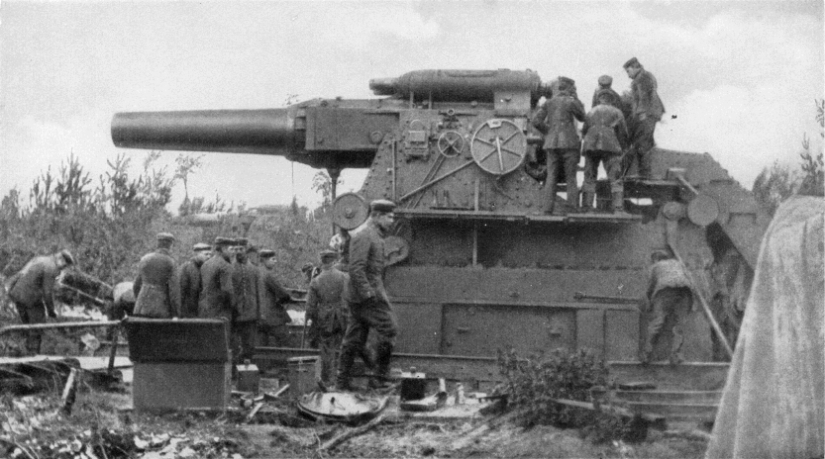 Above: the enormous Gamma Mörser, direct ancestor to the Big Bertha

Barbara Tuchman named her seminal history of the Great War The Guns of August for good reasons, and the biggest of those is Big Bertha.

Nicknamed for the wife of Gustav Krupp, whose armaments factories have produced it, for the rest of the war every large German artillery weapon will be confused with the Model L/14. Throwing a 16.5-inch, 1,800-lb shell up to nine miles, each gun requires hundreds of men to transport and assemble on-site, then must be fired electrically by a crew lying on the ground three hundred yards away. Exacting German drill allows a reload time of five minutes; firing for effect takes an hour.

These guns have spent the last two days preparing for the portion of the Schlieffen Plan for which they were specifically designed: reduction of the ring of twelve fortresses around Liege. Constructed between 1888 and 1892, the forts were designed to shrug aside the most powerful projectile of that era, which was just 8.4 inches in caliber. The defenders are putting up a valiant fight against Erich von Ludendorff’s 2nd Army, but today Big Bertha is about to open fire on Fort Pontisse and bring a quick end to their defense. 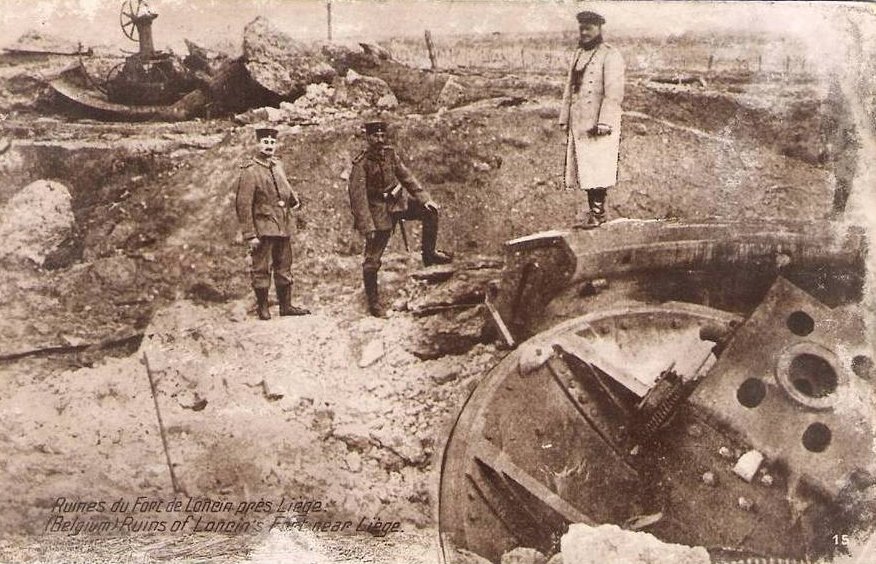 “Sixty seconds ticked by — the time needed for the shell to traverse its 10,000-metre trajectory — and everyone listened in to the telephone report of our battery commander, who had his observation post 1,500 metres from the bombarded fort and could watch at close range the column of smoke, earth and fire that climbed to the heavens.” ~ German gunner quoted in Purnell’s History of the First World War

Erich von Ludendorff is a consequential figure, both during and after the war. A devotee of von Schlieffen, whose plan he is helping to enact, von Ludendorff will be called away from his success commanding this siege to lead the German Army on its Eastern front against Russia. Later promoted to the General Staff, he is known for being aloof and militant; he will push for unrestricted submarine warfare and call for German colonization of conquered territories in Eastern Europe. Before the end of the war, Ludendorff is easily the most powerful man in the country.

After the war, he will denounce the civilian leadership that agrees to the terms of Versailles for “stabbing the German soldier in the back.” After taking part in Adolf Hitler’s beer hall putsch, von Ludendorff grows to detest the little corporal, but his Teutonic paganism will nevertheless be closely identified with occult themes of the Third Reich — as well as these “Guns of August.” 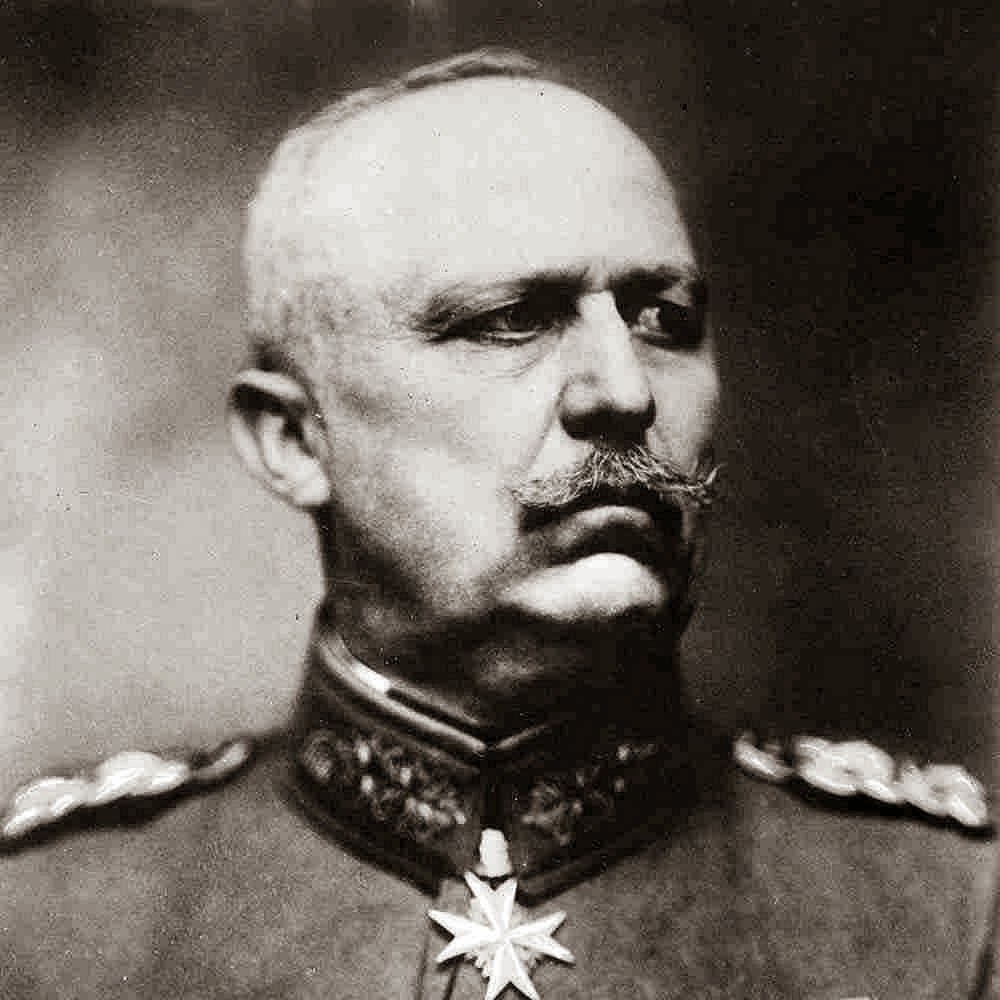 The L/14 crew fires eight times, finding the right range on its last shot, before going quiet for the evening. Tomorrow morning, the gun will begin a barrage with its twin, which has arrived in the night. Together, they put Fort Pontisse out of action by 12:30, shifting fire to Fort Embourg, which surrenders five hours later. Finally turning to Fort Chaudfontaine, they knock out their third fortress by just after sundown.

For those paying attention, it is the final scientific victory of high explosives over fortification — and a demonstration of how little the human spirit matters in battle. “Brave Little Belgium” has displayed courage in spades, but sheer weight of mass and the pure physics of explosive force are more powerful than willpower. The war of attrition has begun. 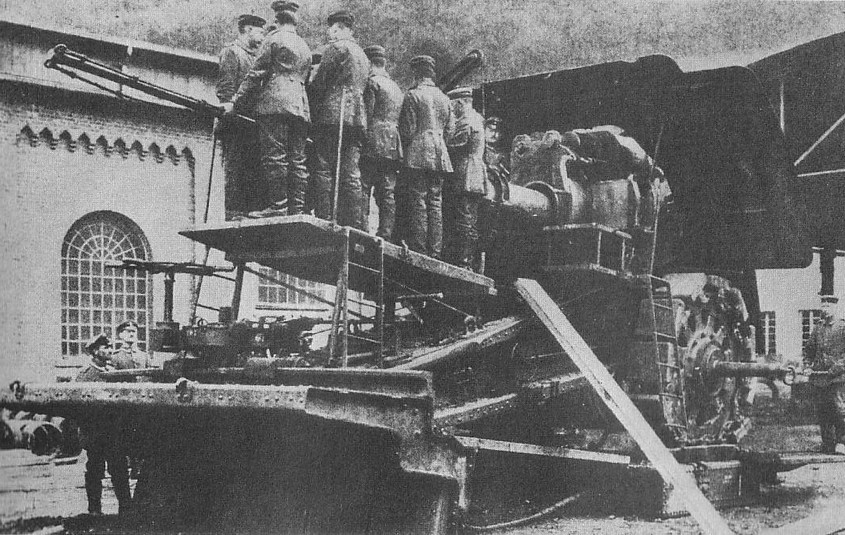 A view of the Big Bertha, which needed an enormous crew to move and fire

Ironically, the Big Bertha gun’s last hurrah takes place at Verdun in 1916. Slow to move, the gun is vulnerable to counterbattery fire, and the barrels wear out quickly. But by the time they are retired, Krupp has designed and produced even better guns, while the artillery revolution continues on the other side as well.

Of all the weapons produced in the Great War, these are the most deadly. We tend to think of poison gas, machine guns, starvation, and pathogens as the great killers of this conflict, and they are in fact responsible for tremendous carnage. But none of them kill quite as efficiently as artillery. Once a branch of military science relegated to lower classes, artillery ends this war universally acknowledged as “the King of Battle.”

That new prominence affects the status of another, newer branch. Because the unarmed surveillance planes buzzing overhead in 1914 are used to correct artillery fire, the combatants begin a bloody new war of attrition for control of the skies. Indirect fire — from aircraft and artillery — will account for the vast majority of battle deaths in the 20th Century, but the logistical and human demands of all this new technology will push these proudly scientific, industrial European states to their very limits.