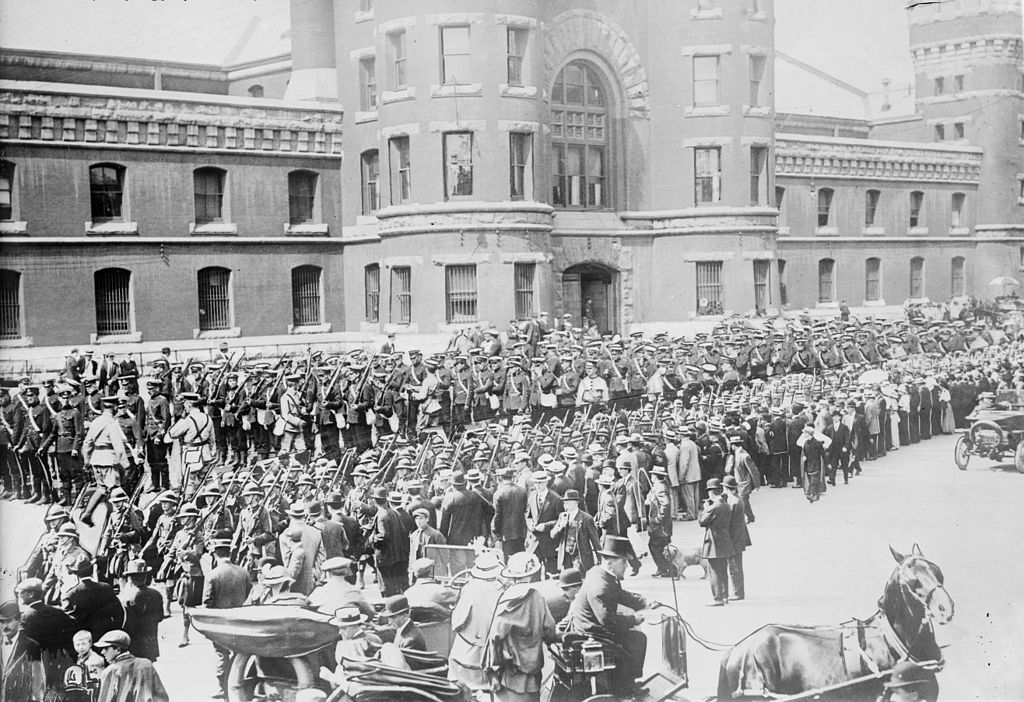 When Britain declared war on August 4th, none of her colonies got a choice in whether to join the conflict with her. But that has not stopped Canadians from turning out more than 33,000 volunteers already. Enthusiastic crowds have already watched them march off to basic training in a mix of red coats and pith helmets (see above), and today another crowd watches as the first of four divisions that Canada will eventually raise begins to embark for Europe in fresh khakis.

After a three-day loading process, the convoy of thirty-two ships leaves North American shores to arrive at Plymouth Hoe, England after an 11-day voyage. There, they train on Salisbury Plain, within sight of Stonehenge. It is the beginning of one of the Western Front’s best stories — and the beginning of the end for the British Empire as her colonies have known it. 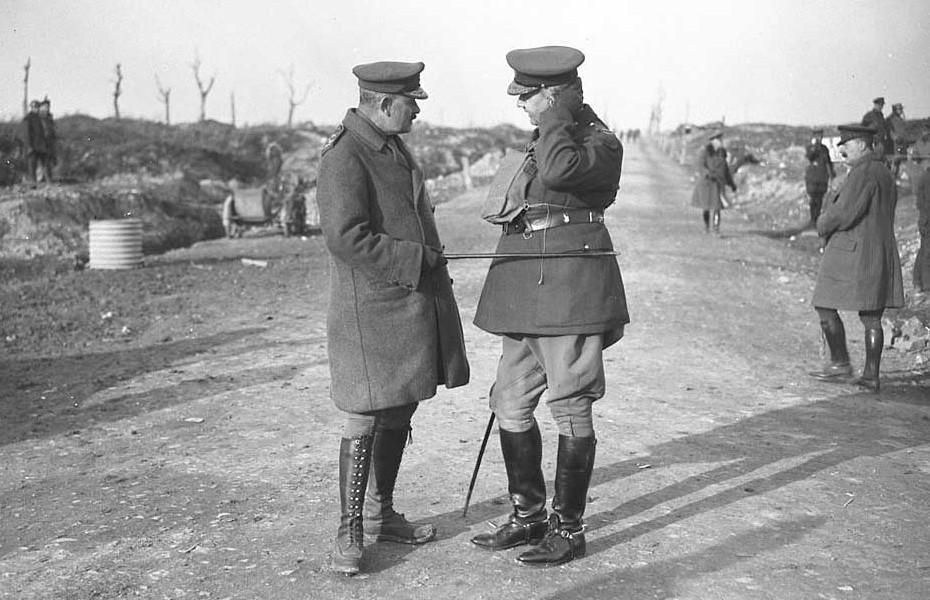 The Canadian Expeditionary Force (CEF) is shortly followed by Sam Hughes, the Minister of Militia and Defense, who arrives in a fast ocean liner. He has wanted this war for years, expressing great impatience in the weeks after the archduke’s assassination. No one in Canada has put more time or effort into raising and equipping the CEF, or proven more eager to lead, but Hughes’s leadership style is hardly incorruptible.

He has been mucking around in the selection and assignment of officers, leaving incompetents in crucial roles while passing over qualified men. Patronage rules his world, and Hughes has already begun awarding munitions contracts to friends. But his most egregious decision is to keep the 1910 model Ross rifle, which is very accurate but easy to mis-assemble — and which can be jammed by the slightest touch of dirt during combat.

Too narcissistic to admit his errors, Hughes is not driven from office until November 1916, when Prime Minister Robert Borden is finally forced to fire him. By that time, there are two diverging trends at work: the Canadian public has become much less enthusiastic about the war, but the CEF is covering itself in glory with British Lee Enfield rifles, having finally discarded the Ross. 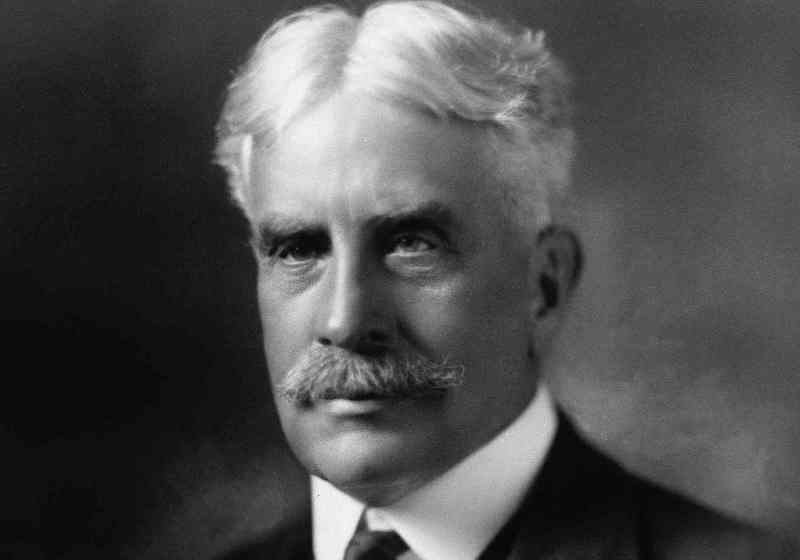 Prime Minister Robert Borden’s biggest challenge was to ramp up his army from just 3,000 prewar active duty soldiers. Some 620,000 Canadians would eventually serve in uniform

Canada has a population of just eight million people in 1914. That such a small nation should turn out such a large percentage of its manpower for war, sustaining high rates of volunteerism even until 1917, speaks to the weakness of the country’s economy as well as her national character. Under a conservative government, Canada suffers from a lingering recession, and now so many unemployed men turn out to enlist that farmers soon worry over a budding labor shortage.

Although hardly a professional force as they board ships today, good leaders and a baptism of fire will harden these men into crack troops. Unlike too many allied generals, Sir Arthur Currie refuses to throw his men into a battle without detailed preparation and training for well-defined mission objectives; he would do fine in a modern-day staff college. The third and final commander of the Canadian Army Corps, Currie follows in the footsteps of two capable men: fellow Canadian Lieutenant-General Edwin Alderson, who will lead them into 1915 before disputes with Hughes lead to his removal, and British General Sir Julian Byng, who makes a point of getting to know his men and becomes a beloved figure in the ranks.

By 1917, the enemy fears the Canadians more than any other group in the allied line, for their brigade-level tactics are devilishly inventive — and they are not known for trying to take prisoners while fighting still rages. These deeds are matched in the air: the man credited for shooting down the Red Baron is Captain Arthur “Roy” Brown, a Canadian pilot in the Royal Air Force. Although later studies have concluded that Manfred von Richthofen was killed by ground fire, it is notable that Brown never lost a pilot in the flight he led.

For all their efforts to conserve life, more than 61,000 Canadian men die on the Western Front. Borden’s Unionist Party has won a substantial reelection victory in 1917, and his nascent nation has been strained by resentment of a Quebecois minority that does not line up to serve. Having joined the war involuntarily, he demands a seat at the peace table as an equal partner. Prime Minister Lloyd George, who has led his nation through the war on the premise of national autonomy, can hardly refuse. 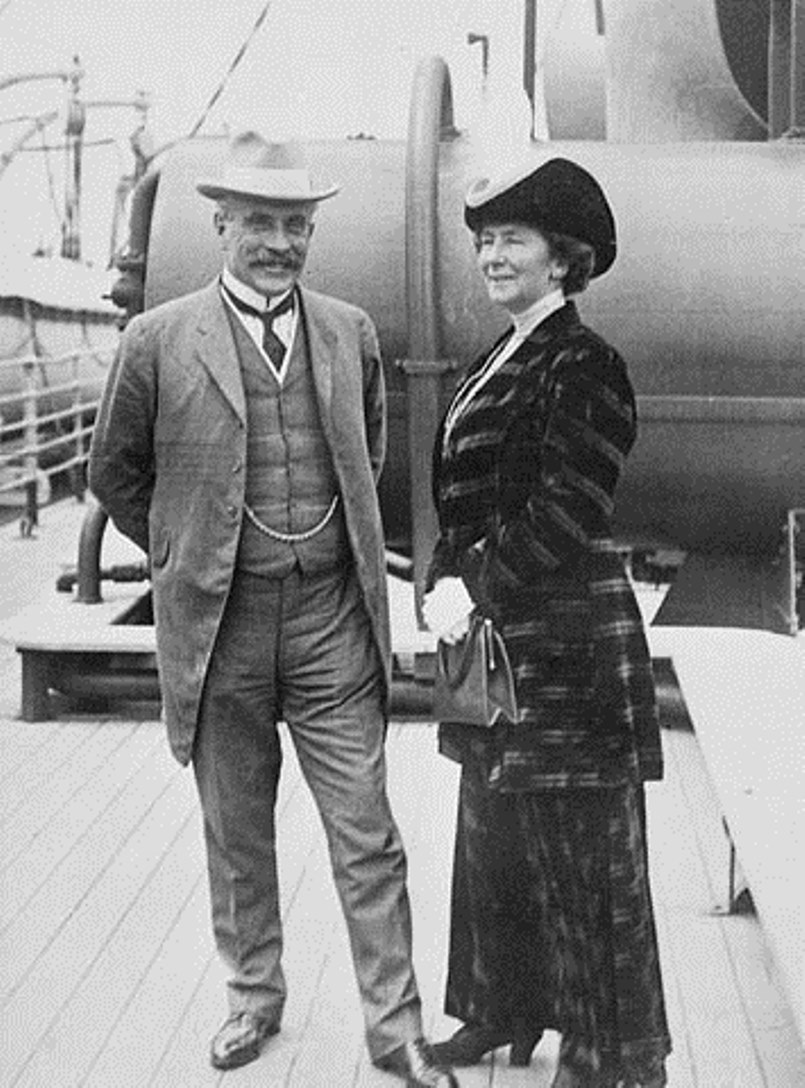 Robert and Laura Borden enroute to Versailles from London