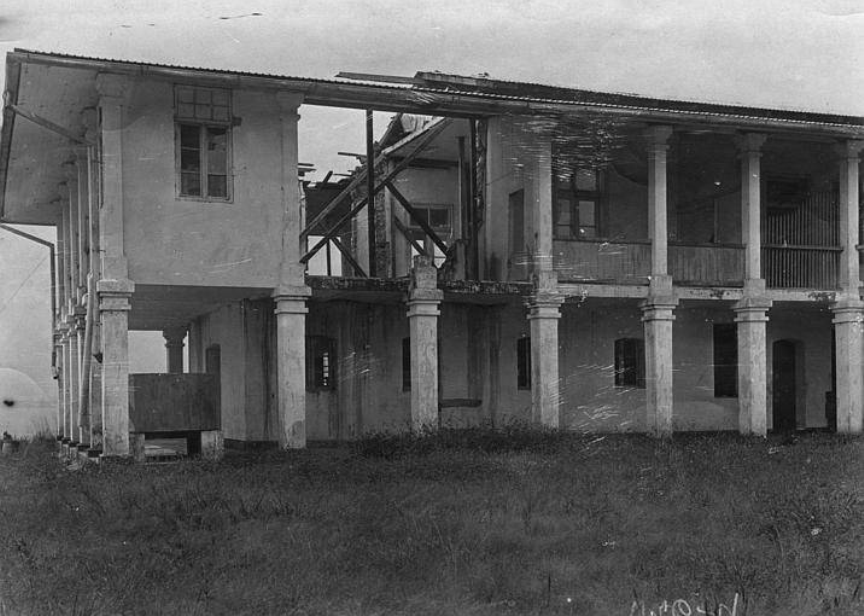 Unlike the last time Britain attacked Kamerun with a disastrous headlong charge into prepared defenses, today a joint allied force approaches the colony’s largest city of Douala only after a methodical preparation of the coastal zone through three days of naval bombardment (see above) and minefield removal. Troops come ashore today and find the German defenders have wisely decamped to the interior, where resistance continues into 1916.

The Douala people, for whom the city is named, have always lived on the riverbanks of the Wouri Estuary. But since 1910, the German Reichstag has been pushing the native tribe out of its historic homeland in order to turn the communities in this region wholly white. Now those colonists will be evicted, bringing an end to German policy in the country — and beginning the era of French colonial rule.

We can still hear the consequences today just by listening to Cameroonians. 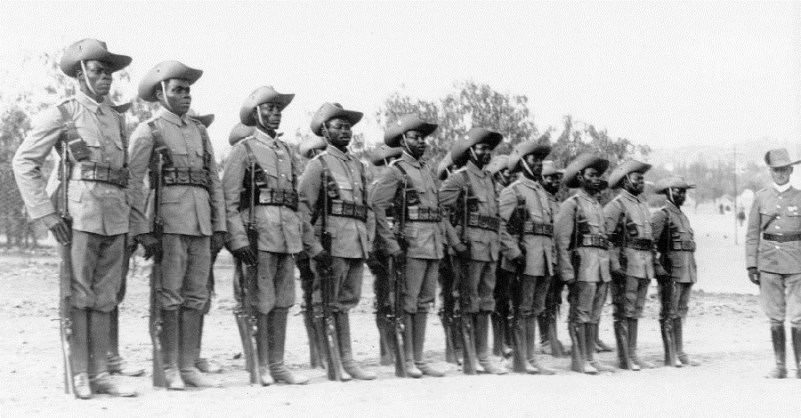 Due to the huge linguistic diversity of Kamerun’s tribal kingdoms, Germans had to train and instruct native troops in Pidgin English. Centuries of British presence in West Africa had spread their language along the coast

Linguists differ on the precise number, but there are between 247 and 279 different languages spoken in Kamerun. Under Germany’s protectorate, which was declared in 1884, Protestant missionaries have used Douala and other native tongues as their vernacular for education and evangelism. Africans were keenly interested in learning the language of their masters, since a command of German could open doors and lead to jobs in the civil administration, but the missions have resisted efforts to standardize it as the language of instruction.

“…In this manner one rears a conceited, presumptuous and easily dissatisfied breed,” reads a 1904 memo of the Executive Committee of Evangelical Missions to the Kolonialabteilung (colonial office) that explains their thinking. “(F)or the natives learn from the Europeans much that is damaging and are tempted, when they speak the language of the Europeans, to place themselves on an equal footing.” Besides their fear that Africans will assert linguistic equality, their chief worry is that Western social movements such as Marxism will undermine white supremacy.

In more than one way, Germany’s treatment of its African colonies mirrors the imperial kulturkampf (cultural struggle) in the Kaiser’s Catholic Polish territories. Having tested out holocaust in Africa, Germans do eventually use what has been learned here to oppress and murder millions there, in Poland and Eastern Europe — but that is another story. 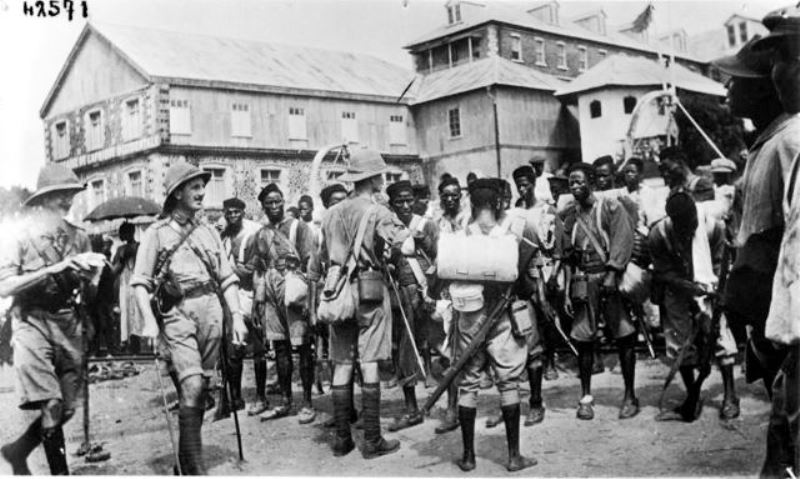 French policy in Cameroun is very different, though not necessarily better. The French nation’s sense of destiny and mission has been heightened by her victory in the Great War, and having seen large numbers of black people for the first time, the French people are fascinated by Africa — and as eager to explore the continent as they are to exploit it. Popular scientific and cultural interest do not always translate into good policy, though.

Rather than promote winners and losers among the native tongues, Paris decides to drown out the cacophony and impose her own language on commerce and education as a ‘civilizing influence.’ Whereas German rule was marked by a sometimes-malign disinterest in the natives they ruled, the French colonial period is characterized by an overbearing paternalism.

The official languages of Cameroon today are English and French. Thanks to both German and French policy, no native language ever became widespread or established enough to serve as an indigenous national tongue. 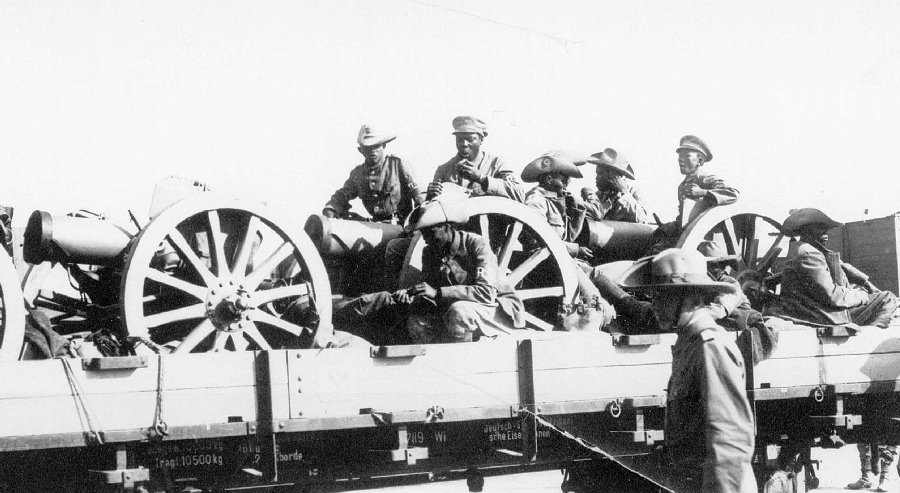 The liberation of Douala has not come fast enough to save Rudolf Duala Manga Bell. Just one of hundreds of native ‘kings,’ Bell was a landowner who had profitably collaborated with colonial authorities and became one of the most highly-educated natives in Kamerun. But his opposition to German plans to move the Douala people inland, away from their traditional riverbank communities, drew the wrath of colonial administrators. After organizing the tribe’s resistance, Bell reached out to foreign governments during the prewar tensions of the Summer. As a result, he was arrested, tried, and then hanged for treason on August 8th.