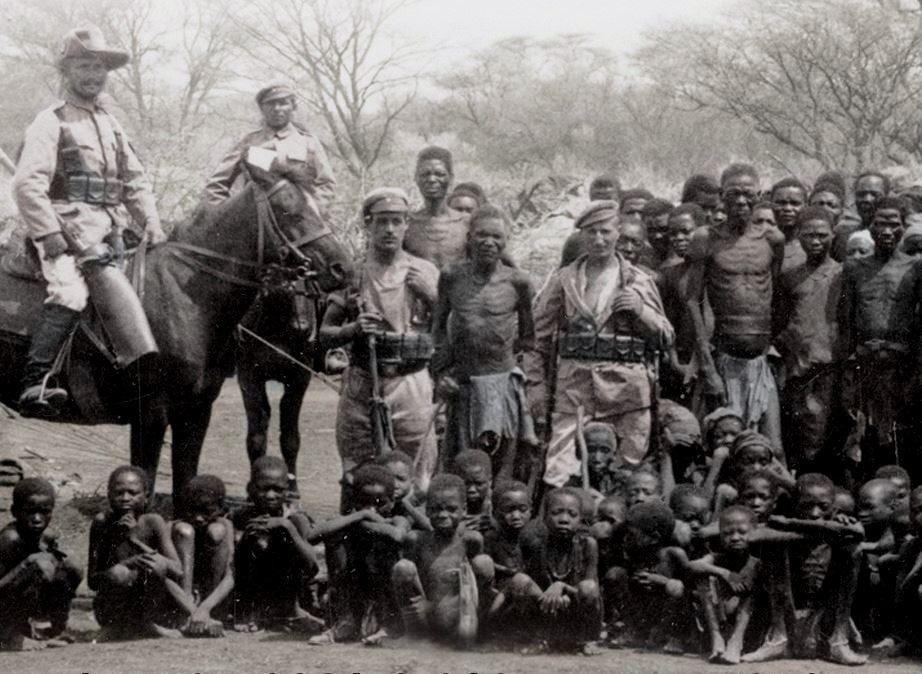 The first German genocide of the 20th Century took place in Africa, not Europe.

Inspired by the atrocities that were committed in the nearby Belgian Congo a generation before, in 1904 the Kaiser was determined to carve out his own empire from the Dark Continent no matter the cost in blood. Given the excuse of a native uprising, the resulting three-year campaign of extermination waged against the Herero and Nama tribes (see above) claimed tens of thousands of lives through forced dislocation, deliberate starvation, and indiscriminate mass-murder, with the survivors torn from the land to labor in mines, fields, and rail gangs.

Germany was the last European empire to join the colonial race, and in 1914 the Kaiser himself is the biggest booster of expansionary policy. His war aims include the establishment of a larger German empire in Africa as well as territories conquered in Eastern Europe, reflecting the common acceptance of social Darwinism and ethnic-national competition among the German elite. In their view, lesser races simply exist to be defeated, erased, and replaced by their superiors. 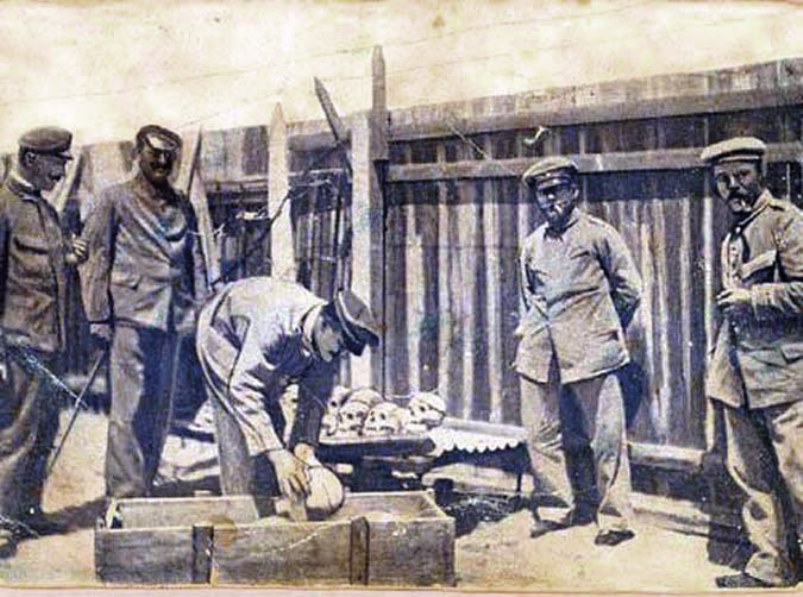 Today in 1914, the first South African scouts land at Lüderitz Bay to find the railway station destroyed by the Germans, who have also disassembled and relocated their radio transmitter. Landings in force begin before sundown, and the invasion of German Southwest Africa, known today as Namibia, is underway.

Across the bay is Shark Island, a rocky sand-dune which hosted the Konzentrationslage, or concentration camp, where thousands of tribesmen died from 1904-1907. Inmates were forced to clean and prepare the skulls and skeletons of their fellow tribesmen, sometimes even their own family-members, to be packed off for ‘scientific examination’ in Germany. But many horrors of the Kaiser’s holocaust are revoltingly familiar to students of Hitler’s atrocities: instead of treating patients, the camp doctor at Shark Island conducted deadly and gruesome medical experiments on captives. Forced labor under harsh conditions killed thousands more, and then much of the evidence was erased.

Probably the most telling connection is that the uniform blouse of the Southwest African Schutztruppen, or colonial militia, is the very style of brown shirt later adopted by Hitler’s Sturmabteilung — storm troopers. 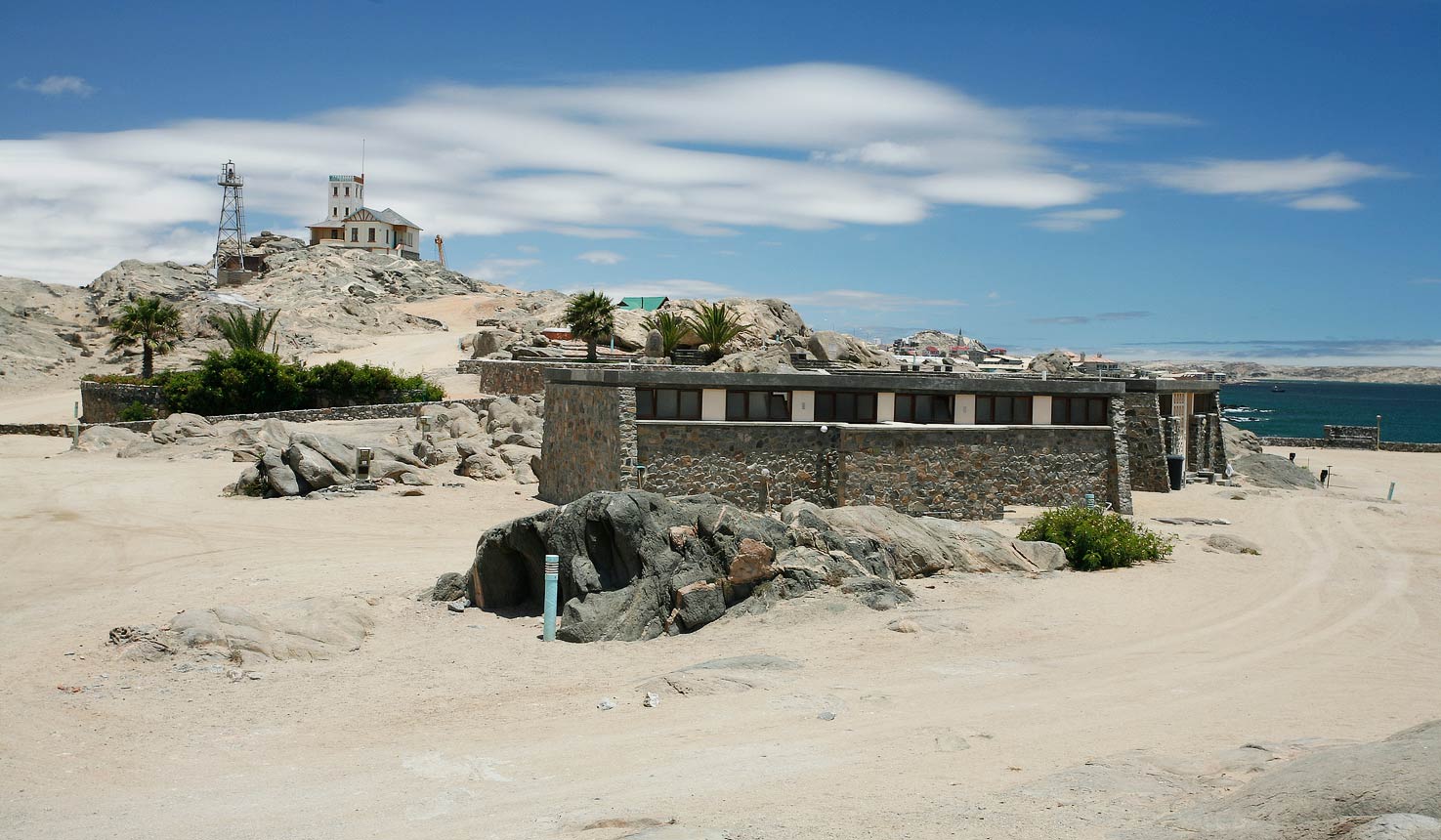 Ironically, Germans borrowed the term ‘concentration camp’ from the British camps of the Boer War. The memory of those atrocities is making it quite difficult for some white descendants of Dutch Afrikaners to accept the British commonwealth, much less fight for it against their German cousins. Nevertheless, South African Premier Louis Botha sees an opportunity to enlarge his new nation by satisfying London’s desire to see the Kaiser lose his colonies — and bring his young nation closer together through victory.

The greatest challenge for the invader is the need to develop supplies of water in this parched terrain. Commanders need to know exactly where they can stop to replenish canteens when they plan a march, and there will be many long marches in this campaign. For the defenders, the problem is a lack of resupply of ammunition and spare parts which, unlike water supplies, cannot be drilled or dug from the earth. 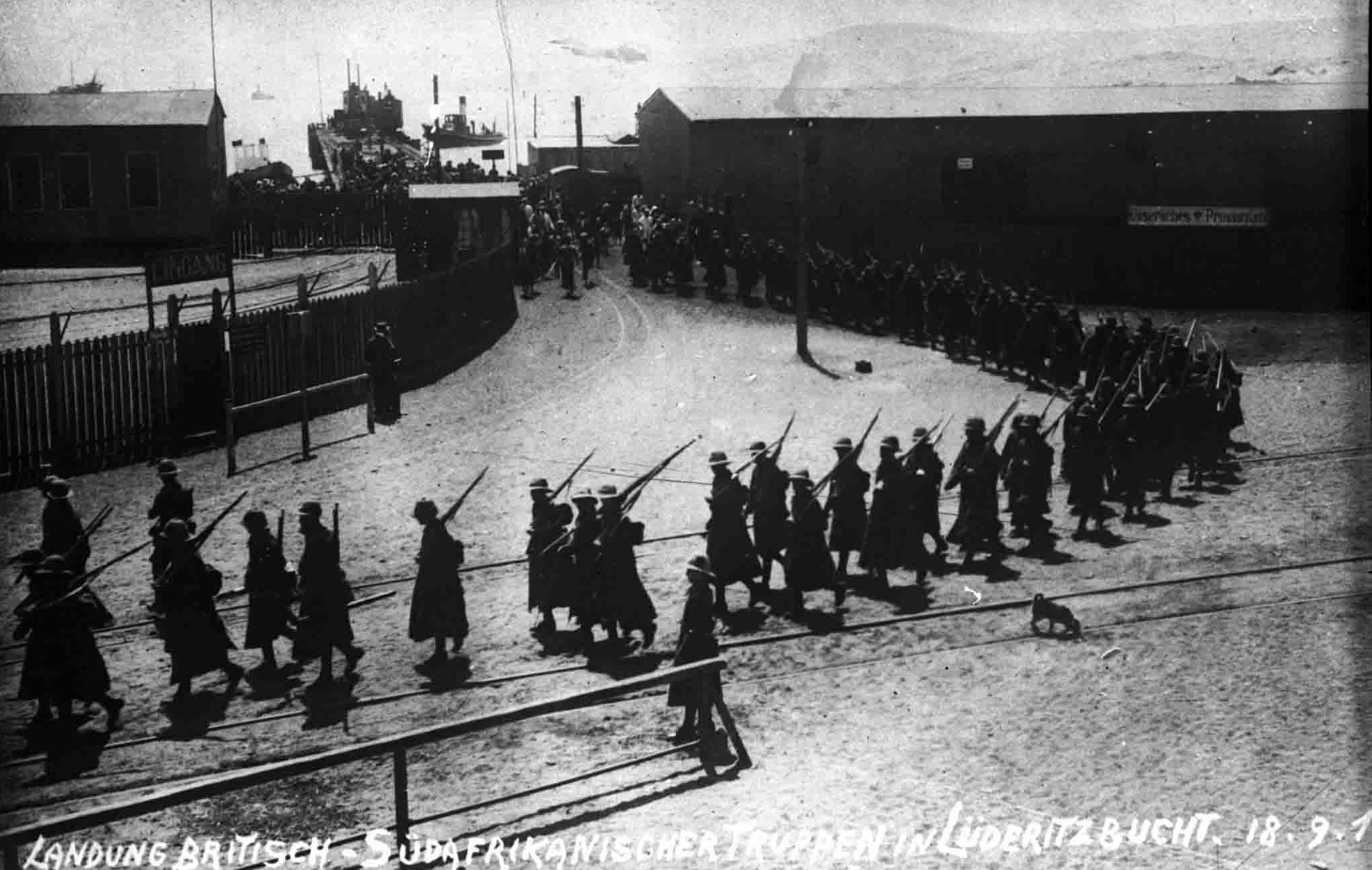 South Africa, which rules this land as a protectorate until it becomes the very last part of Africa to achieve independence in 1990, deports the German civilian population without erasing their legacy. It persists to this day in many of Namibia’s place-names, including its capital of Windhoek. In the wake of their near-dissolution by the Kaiser’s men, Herero tribesman adopt German customs and uniforms as a way of absorbing their conquerors’ power; these fashions still show up in modern-day Namibian culture.

To be sure, there are no gas chambers or ovens here, but what the Kaiser’s genocide has lacked of the industrial efficiency in Germany’s second Holocaust is more than made up through sheer inhumanity. Africa has been the training-ground for mass-murder, and with the right technologies what has been learned here can be ‘scaled up’ to murder millions. 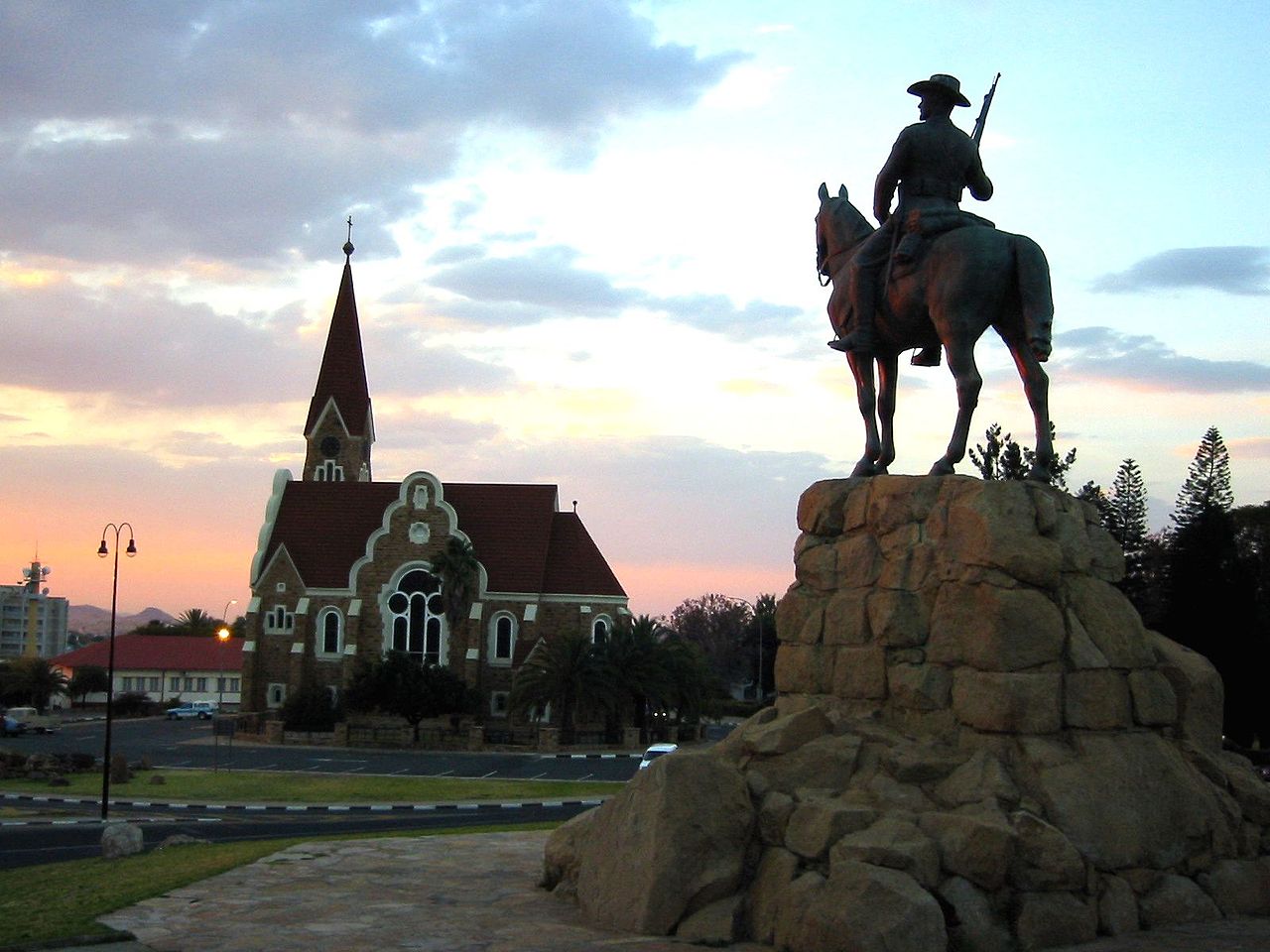 A complicated legacy: the rieterdenkmal, a statue representing the Germans who committed genocide in 1904, still overlooks the Namibian capital of Windhoek