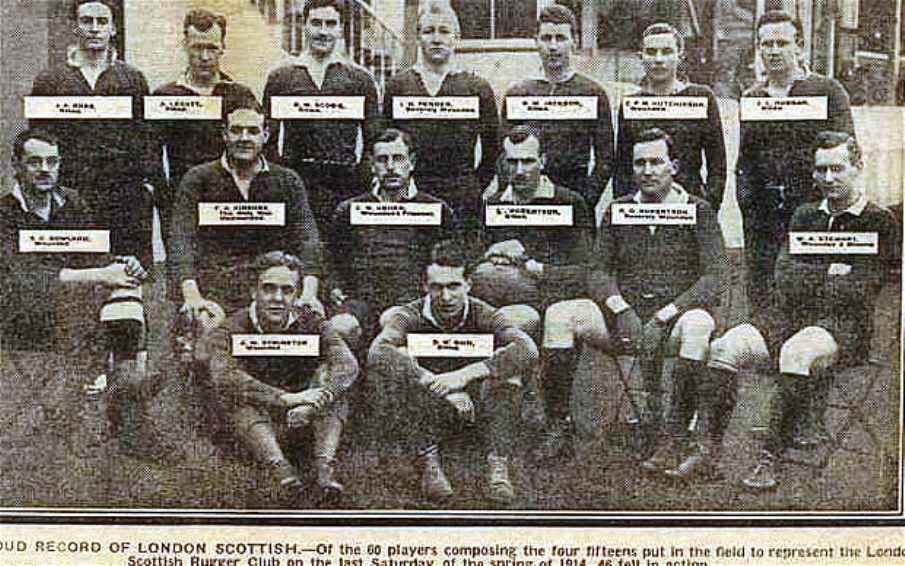 Six months ago, James Huggan led his London Scottish rugby team (see above, top right) to a thrilling 16-15 win over England at Inverleith. A gifted medical student, today the Scotsman leads fellow officers of the British Expeditionary Force in a courageous evacuation of sixty wounded Germans from a barn that has been converted into a hospital. German shellfire has bracketed the building, setting in on fire. Incredibly, his small medical command succeeds in safely removing all of their injured enemies to a nearby cave.

Returning to the task of caring for their wounds, Huggan later has two officers carry a Prussian colleague to the cave entrance for better light to treat his injuries. A high explosive shell kills him, his patient, and both assistants in a bright blast of shrapnel. Huggan is the second of his club mates to die in the Battle of the Aisne; of the sixty that go to war, forty-six do not survive it. 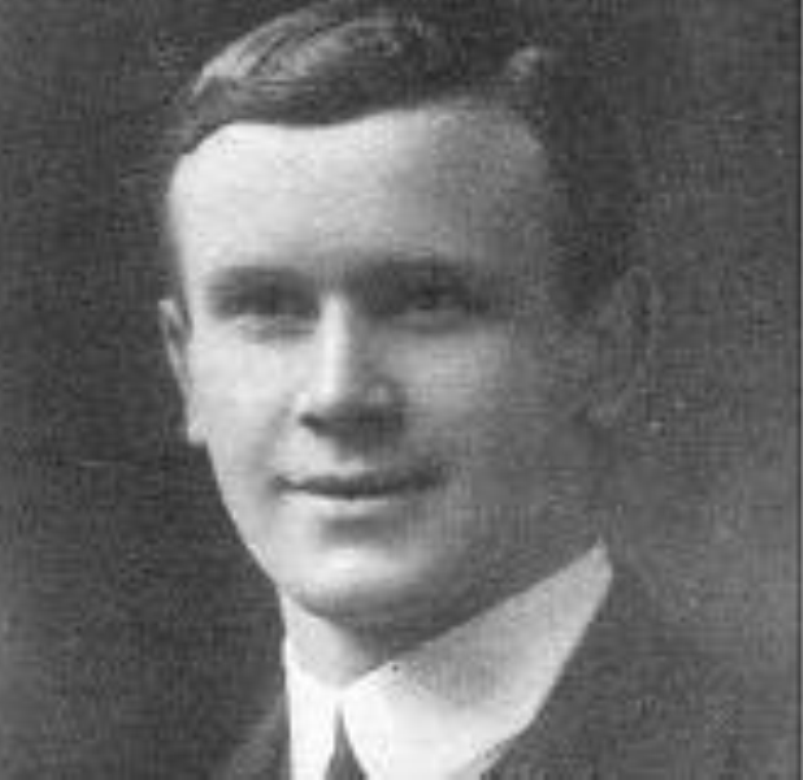 James Huggan’s rugby club cohort suffered a 76% death rate; one is even killed by the Red Baron in 1916

‘The battle of Waterloo was won on the playing fields of Eton.’ Field Marshall Arthur Wellesley, 1st Duke of Wellington, probably never actually said those famous words, and they are not even the original quotation. As the possibly-apocryphal story goes, the Duke of Wellington visited Eton’s playing fields in 1856 and declared “It is here that the battle of Waterloo was won.” Whether or not the story itself is true, the sentiment says as much about the self-image of his social class as the composition of his army.

Despite their traditions, the British army of 1914 is a very different organization than the one Wellington commanded 99 years before. His army was irreligious, with only one chaplain per division; this army has a chaplain for every battalion. The Edwardian era is characterized by middle-class values and religious piety that have transformed the whole of British society, including its military culture. Sports clubs like London Scottish, which promote the virtues of amateurism and ‘muscular Christianity,’ have been an important part of this social transformation — and now they are leaders of Britain’s conversion to total war. 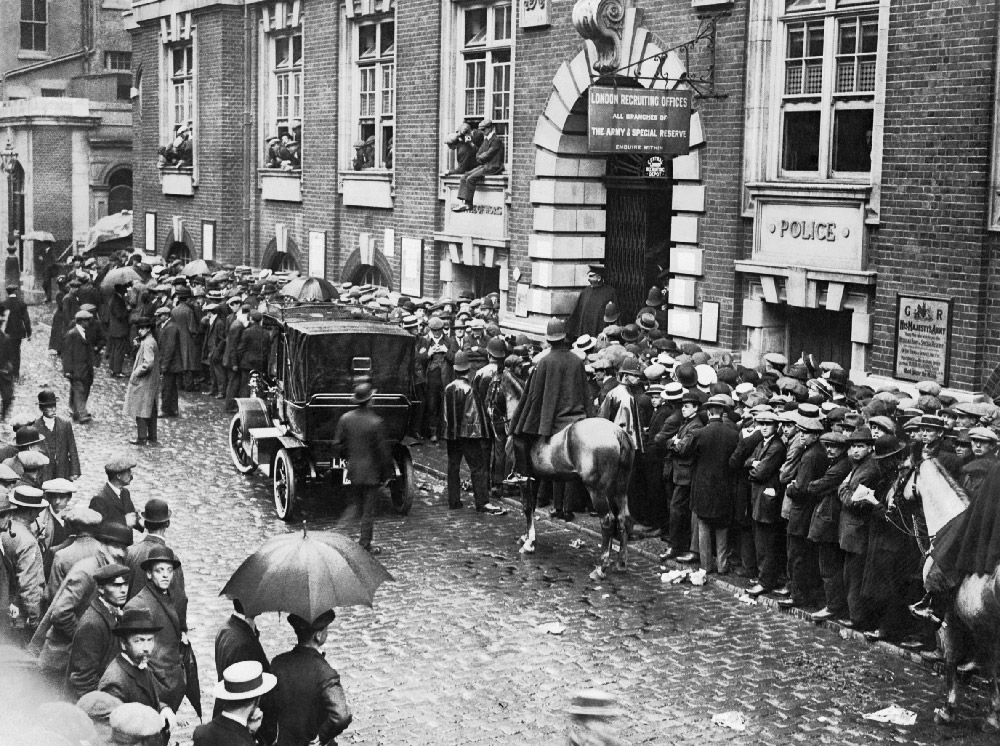 British recruiting stations stayed busy throughout the war, with the biggest surges following the bloodiest losses

For Britain’s volunteer force is not mustering as individuals, but en masse, from company offices that send platoons to factory crews that send companies and social clubs that send entire battalions. The vast bulk of British men who serve in the Great War have known the men in their units for most, if not all, of their lives.

The sporting clubs line up to volunteer too, setting aside their games for the duration of the war: rowing teams, football teams, and cricket teams are trading their sporting uniforms for khaki. Though their games survive the conflict, hardly any of these men will ever compete again. Inspired by the story of Huggan and his teammates, English poet Mick Imlah later writes on this theme in London Scottish. His verse uses the word ‘ruck,’ which is both the term for a military backpack and for the rugby scrum over possession of the ball.

April, the last full fixture of the spring:
‘Feet, Scottish, feet!’ – they rucked the fear of God
Into Blackheath. Their club was everything:
And of the four sides playing that afternoon,
The stars, but also those from the back pitches,
All sixty volunteered for the touring squad,
And swapped their Richmond turf for Belgian ditches.
October: mad for a fight, they broke too soon
On the Ypres Salient, rushing the ridge between
‘Witshit’ and Messines.               Three-quarters died.

Of that ill-balanced and fatigued fifteen
The ass selectors favoured to survive,
Just one, Brodie the prop, resumed his post.
The others sometimes drank to ‘The Forty-Five’:
Neither a humorous nor an idle toast. 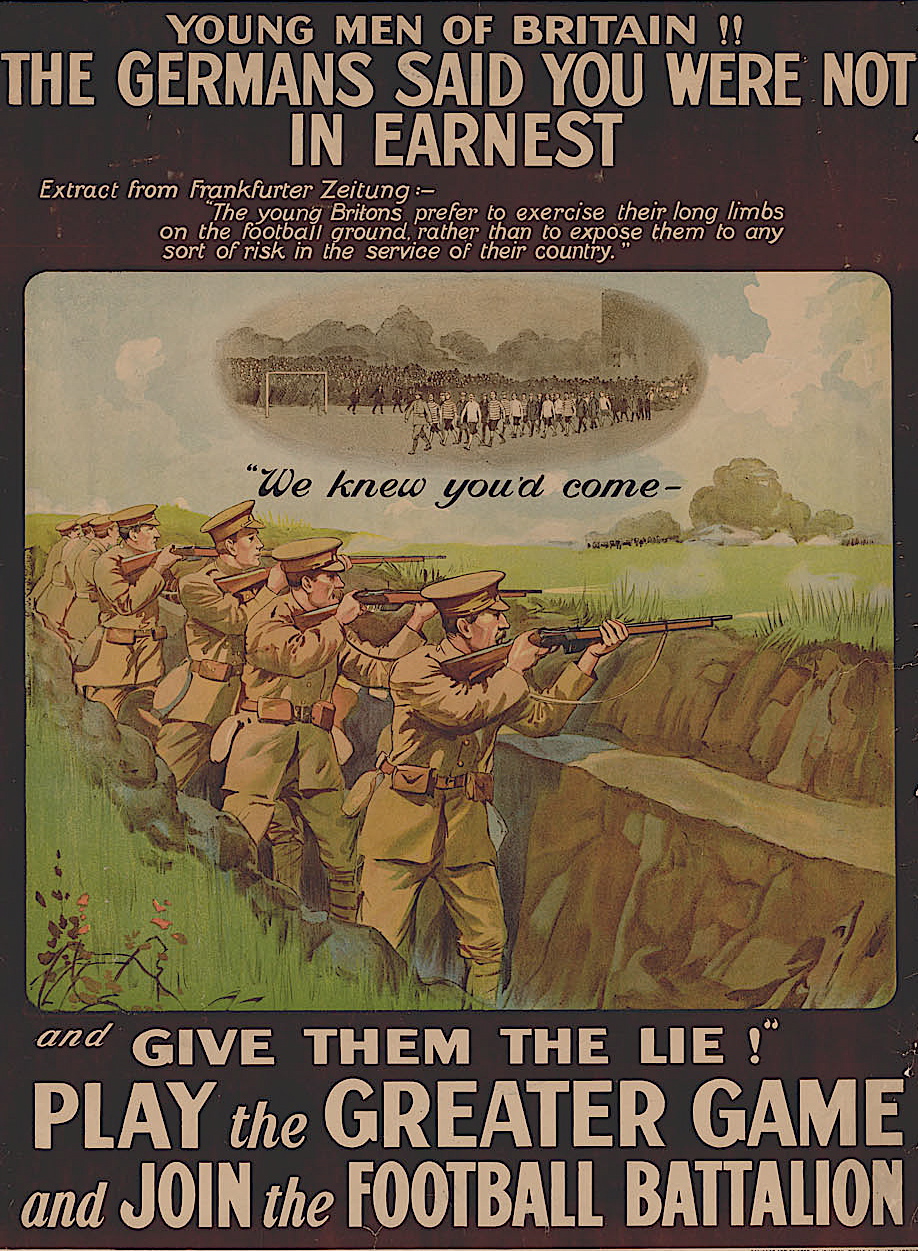