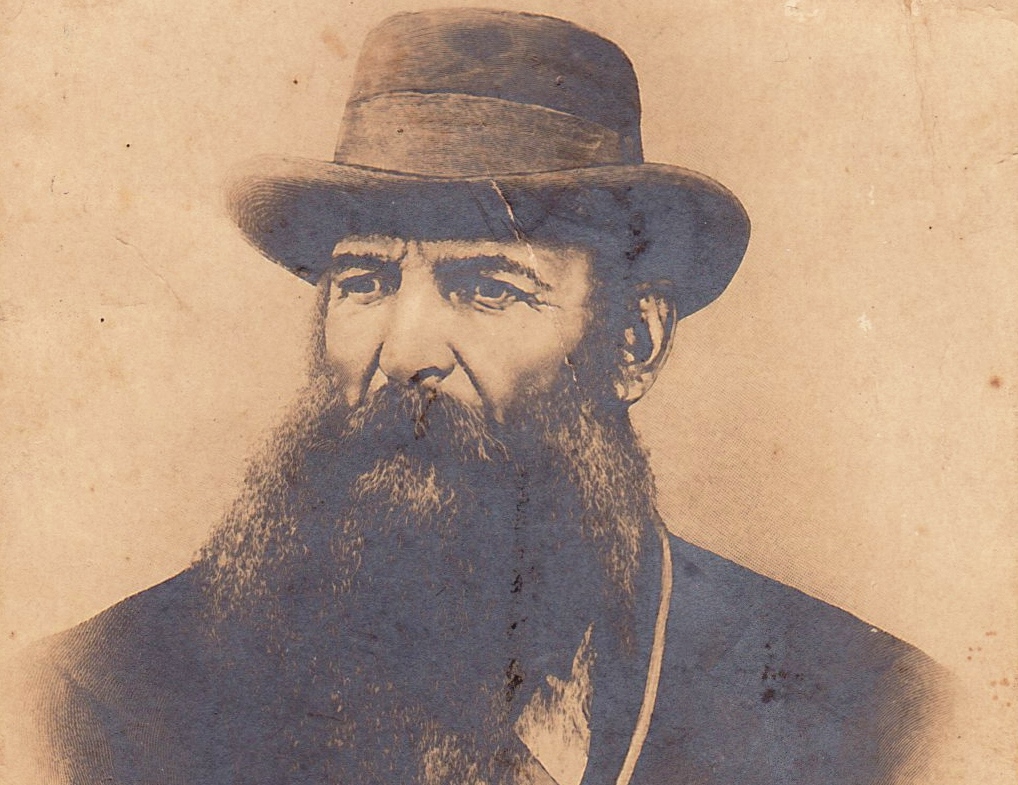 Jacobus Herculaas de la Rey (pictured), better known as General Roos de la Rey, fought on the wrong side of the Second Boer War. In peacetime, he has worked as hard as anyone to reconcile his fellow Afrikaners with their lost independence and advance the South African Union. His fellow guerrilla leader Louis Botha is the Prime Minister of their newly-minted British Dominon, but the opening of the Great War has placed the former comrades in deep disagreement over whether to support London’s European conflict in Africa.

De la Rey speaks for many Afrikaners, who recall too well the abuses and atrocities of the British Empire on their people. Many of them are ‘bittereinders,’ guerrillas who swore to fight to the bitter end and who have never truly accepted the outcome of the Boer Wars. The term ‘concentration camps’ was coined by the British army’s policy of eliminating civilian resistance through internment and starvation; many Afrikaners have never forgiven those atrocities. Others wonder why they should be asked to visit the same treatment now on German Southwest Africa (present-day Namibia).

Today, de la Rey’s friend General C.F. Byers resigns his commission in protest of Botha’s plan, then sends a car to pick up de la Rey for a consultation in Pretoria. The British government believes they are planning a revolt, but the best evidence indicates they merely discuss a protest of the Prime Minister’s offensive against their ethnic cousins by inspiring mass resignations. There are roadblocks on their way to meet a mutual friend, however, and de la Rey tells the driver not to stop at these checkpoints for fear of arrest.

Their luck runs out when police outside of Langlaagte shoot at the escaping car and kill de la Rey with a bullet in the back. 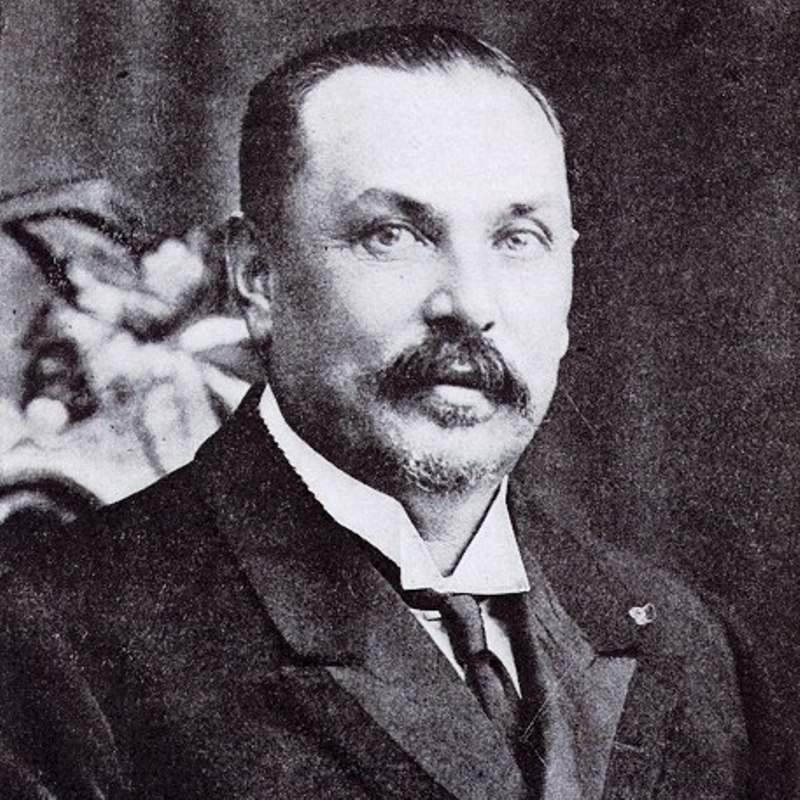 In fact, the roadblocks are part of a coordinated manhunt for a desperate criminal gang. William Foster’s descent into criminality from his middle class origins is a story of professional and personal frustration amid the wreckage of abandoned careers. After arrests for minor run-ins with the law, he went to German Southwest Africa in 1909, but was soon arrested and given a six month sentence for stealing donkeys.

He met his partner in crime John Maxim upon returning from a trip to England in 1913; they robbed a watch company together with Foster’s brother Jimmy, but were caught despite their careful disguises and planning because Foster argued with a luggage attendant. After marrying a girlfriend named Peggy in a jailhouse ceremony, William and Jimmy Foster were both sentenced to 12 years hard labor. The verdict fell hardest on William, who took responsibility for leading and planning the robbery and thought the equal sentence was unfair to his brother.

After escaping from a work gang in February 1914, he found Maxim with a new partner, and together they embarked on the worst spree of criminal violence South Africa has yet seen. Bungled robberies and a pair of police shootouts has left three lawmen and a civilian dead, and tonight the law dogs sniff out the gang’s hiding place at an abandoned exploratory mine. After a daylong standoff that features a badly-handled attempt to smoke the men out with teargas, police allow Peggy Foster into the shaft hoping to win a peaceful surrender. Instead, Foster, his wife, and partners execute a suicide pact.

It is a bitter end for the Foster Gang — and a perfect fiasco to embarrass the South African state.

The Foster gang surrounded in their final hideout, which is often called a ‘cave’ but was actually an abandoned mine

As exemplified by the use of military ranks, policing has always been a militarized activity; at the height of Rome’s empire, her legions were as useful for maintaining civil order as they were for enlargement. The fact that modern scientific policing emerged during an age of empire has nothing to do with the use, misuse, or abuse of the policing power by the various rulers and regimes of history. Rather, it has everything to do with the arrival of science, literacy, and civilian cadres trained to regulate the new industrial state — and their relationship to courts of law, which are a basic function of that state.

So while it is absolutely true that our modern civil guardians rose in company with our modern empires, we must also recognize that their authorized armaments have always reflected the level of violence that is available in the society they patrol: dead cops produce better-armed, and armored, cops. ‘Militarized’ police reflect a militarized society. The Foster Gang’s crime wave resonated within a well-armed South African nation that lately experienced a great lawlessness committed by its new lords.

As the authors of the racist apartheid policy, the Afrikaners are a perfect example of the danger inherent in our natural admiration for perceived underdogs. Indeed, Britain was a white empire that had merely conquered another white empire — one that was hardly better or more gentle with the native tribes. Botha’s policies are certainly not part of any recognizable ‘freedom agenda.’ Even with the full moral power of the United Nations, it takes seventy-five years for Namibia to finally escape the grip of her southern neighbor.

So the truly principled stand in this story probably belongs to General Roos de la Rey, who reportedly sought to spread passive resistance to imperial ambitions on the part of his own nation. Despite the fact that a doctor is also killed, and his wife wounded, when they too run a roadblock while responding to a patient’s call, rumors of a conspiracy to murder de la Rey feed the paranoid, religion-fueled fire of bitter-enders. 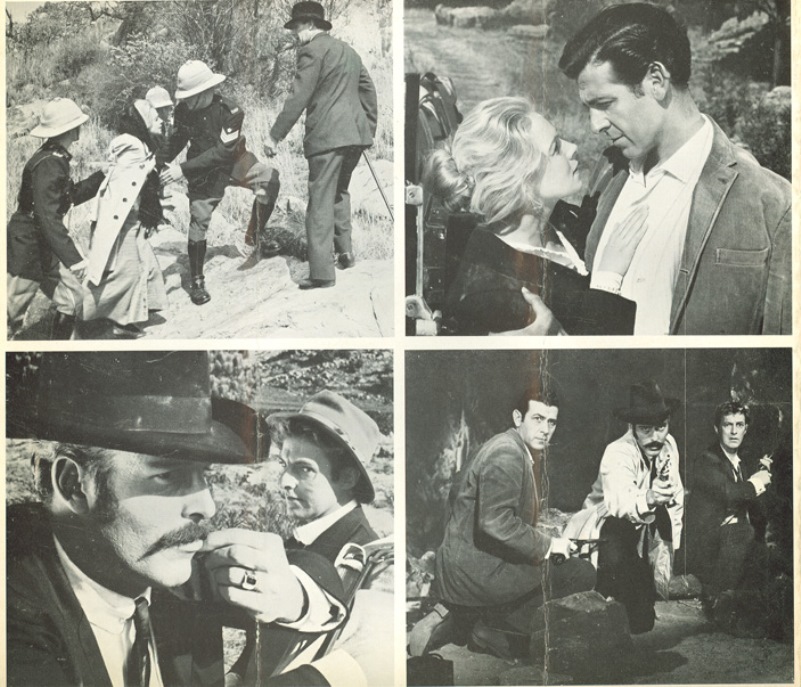 Publicity photos for the 1964 film The Foster Gang include a shot of the dramatic cave scene at the end and Peggy Foster being brought to talk her husband out. The gang wore fake mustaches during a robbery. Via NYU.edu

Trigger-happy incompetence is thus mistaken for malice, but the resulting Five Shilling Rebellion is brief. Incompetently-led, easily outnumbered even by Boer volunteers willing to fight for the British empire, the bittereinders do not last a season. Indeed, Botha’s troops are already on their way to take possession of Germany’s African desert dominion right now, a campaign that will end with success in July.

De la Rey remains a popular figure and a founding father of modern South Africa. His military successes against the British Empire in the Second Boer War are a big reason why the commander of the British Expeditionary Force in France feels no shame giving the order to dig trenches along the Aisne River today; of all the armies in Europe, only Britain and Germany have absorbed his lessons.

Driven by sometimes-naive impulses that he seemingly borrowed from popular culture, William Foster and his gang are the subject of a classic South African film as well as a more recent television drama. But his name has also been used for one of the most famous characters ever performed by actor Michael Douglas. A meditation on the soul-corroding alienation and ennui of a declining American empire, Falling Down is a spectacle of principled self-destruction at the bitter end of change — and the complicated, even tortured politics which result from that violence. The film is a box-office smash that reveals as much about the character of its viewers as the antihero on the screen.