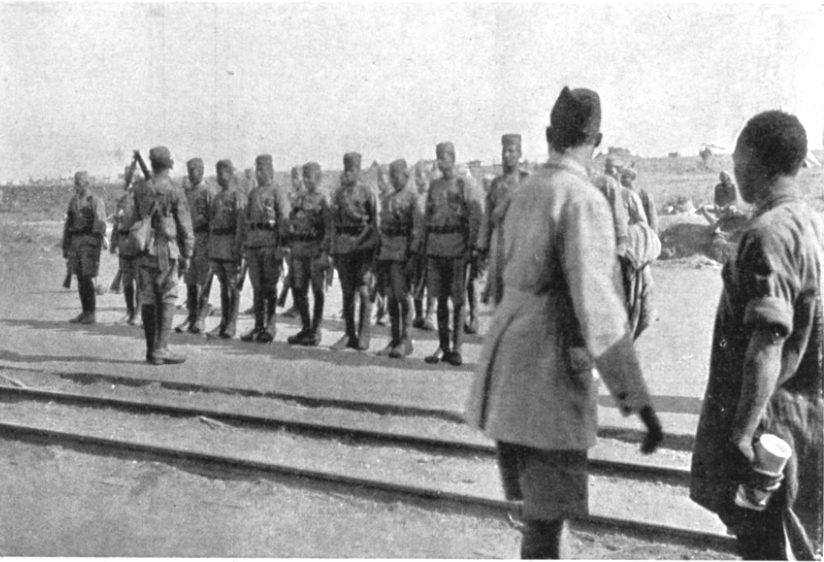 Six days ago, the 6th South African Infantry Regiment and the 130th Baluchis moved to attack a German position on Salaita Hill in the shadow of Mount Kilimanjaro. Due to poor intelligence provided by Captain Richard Meinertzhagen, who will later be exposed as a thief and fabricator, the force of 6,000 men charged into an unknown defensive line at the bottom of the hill after pounding only the secondary defenses higher up the hillside with their artillery. To make matters worse, companies of schutztruppen were undetected nearby and able to rout the assault when it fell back in disorder. The battle ended with the prejudiced South Africans in retreat, abandoning one of their machine guns, which was later returned to them by the stalwart Baluchi fighters they had so disdained with a charming note: “May we request that you no longer refer to our people as ‘coolies.'”

The defeat by a much smaller force was a setback for General Jan Smuts, due to arrive tomorrow from South Africa to replace British General Horace Lockwood Smith-Dorrien, who contracted pneumonia during the voyage from England. Smuts is designing a three-pronged attack into German East Africa with the intention of cutting the northern railroad line from the port town of Tanga, but Major-General Michael Tighe wanted to score a victory before his new superior took charge, and his initiative been turned aside with contempt by an enemy using a tactic borrowed from the Boer campaigns against the British Empire. It is an early sign of how the war will go in Germany’s last remaining colony, which is three times larger than Germany itself.

The Army of India, which is responsible for land forces around the Indian Ocean rim, has been stretched thin by the demands of other theaters. East Africa is therefore a low priority, never reaching anything like the troop densities on the Western Front. Despite the fact that mass fire combat obeys the same rules everywhere, and entrenchment forms a key defensive tactic, the war takes on a different character here because the combatants simply cannot achieve the same scales of action or productionseen elsewhere. 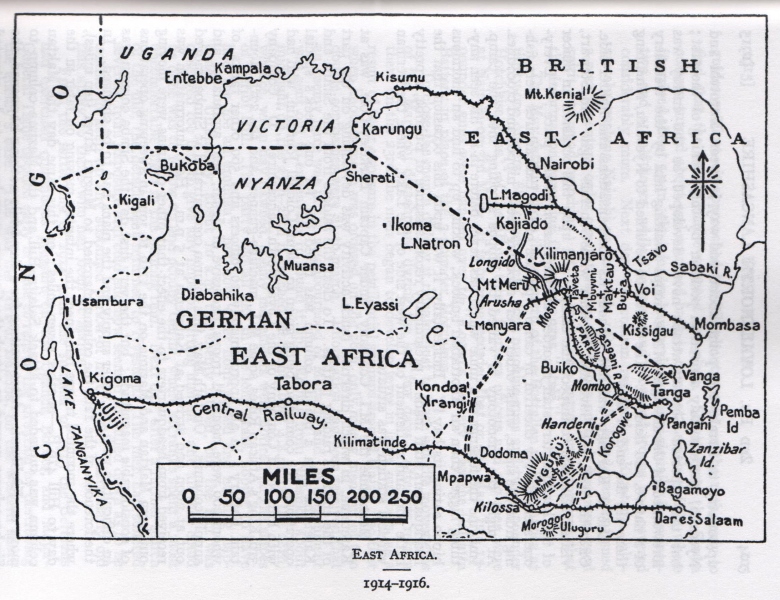 So far, Colonel Paul Emil von Lettow-Vorbeck has focused on harassing attacks against the British railway from Mombasa to the shore of Lake Victoria. His only attack in force has captured Taveta, but he has gone no further in order to avoid a decisive action. On the west bank of Lake Victoria, where a mixed force of Belgian and British troops has occupied the marshy region around Bukoba since last July, Lettow-Vorbeck has also refused to give his enemy a stand-up fight.

Another example of his guerrilla tactics takes place today as four Germans lead about two hundred native askaris in an attack on a small post at Kachumbe near the Kagera river, which anchors the Entente allies’ line in the region. Although the post is only defended by two white soldiers and three dozen native recruits of the Uganda Police Service Battalion with one machine gun, the short, sharp fight ends with the Germans and 53 Africans dead. Uganda Volunteer Reservist Sergeant Charles Thomas Campbell Doran is awarded the Distinguished Conduct Medal in May; his citation reads: “For conspicuous gallantry when holding with a few men a post, which he had constructed, against an overwhelming number of the enemy with a machine gun.  The enemy were not only driven off with very heavy casualties, but their machine gun was captured.” It is a small action, but indicative of the nature of the fighting in East Africa.

Against Lettow-Vorbeck’s strategy of mobile warfare using the terrain along with hit-and-run tactics to keep the fight going as long as possible, Smuts sees his first mission as a matter of pushing his opponent back from the frontier to relieve the threat to British communications. In a matter of weeks, he will begin an advance with 45,000 men — far greater strength than Lettow-Vorbeck can hope to match. But this rather plays into his enemy’s strategy, for the wily German cannot sustain an indefinite war of attrition. Rather, he wants to tie down as many of the enemy’s troops and resources as possible for as long as he can. This dance will continue until 1917, with Smuts always a step behind while enjoying greater numbers and better logistics, while Lettow-Vorbeck’s units remain light and fast, if less equipped to fight. It will continue with Smuts’s successor after he is called to London for other duties. 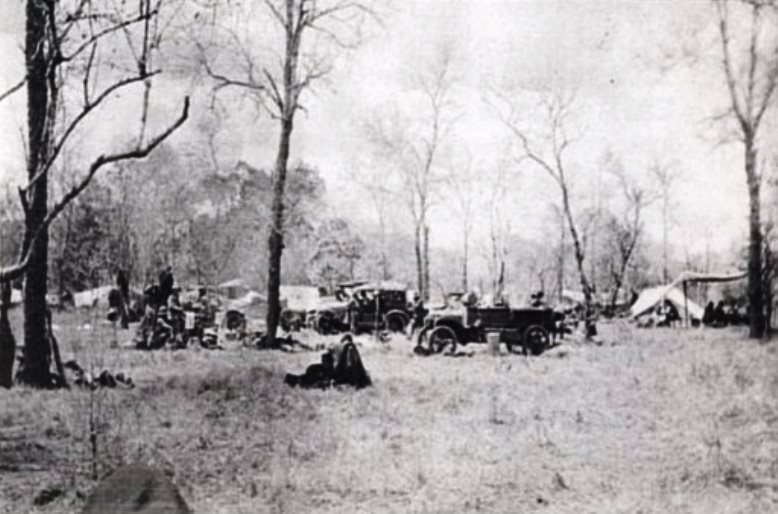 Smuts’s headquarters encampment. Note the motorcars, a key technology for mobile warfare in the African theater