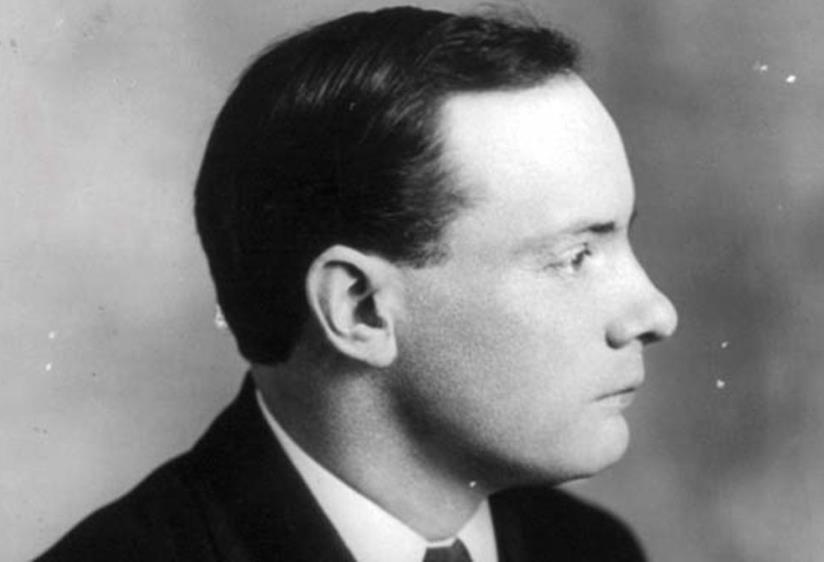 Thirty-six years old, Patrick Henry Pearse is an Irish lawyer and poet whose deep nationalism led him to found St. Enda’s School eight years ago in order to teach students both English and Gaelic, the ancient language of Ireland. Pearse has been a member of the Gaelic League for twenty years, a linguistic rebel against an English-language school system which in his view produces obedient imperial subjects rather than proud Irishmen. Many of his plays and poems are in Gaelic, and he greatly admires the nationalists of the past who have risen in arms against their English masters. In a letter dated today, he gives instructions on a new book he has written about Robert Emmet, a rebel hanged for high treason in 1803.

On the whole I should prefer not to have my photograph on the cover. The souvenir is a very good idea, but I think a portrait of Emmet would be better (as well as handsomer) on the cover. After I am hanged my portrait will be interesting, but not before.

Patrick Pearse (see above) is only half-joking. Since December of 1913, when he was sworn into the secretive Irish Republican Brotherhood, Pearse has become a leader of the underground revolutionary movement, serving on its Supreme Council and its Military Council to help organize an uprising against British rule. In fact, he has been personally selected by IRB leader Tom Clarke to be the organization’s spokesman when their battle begins this Easter. 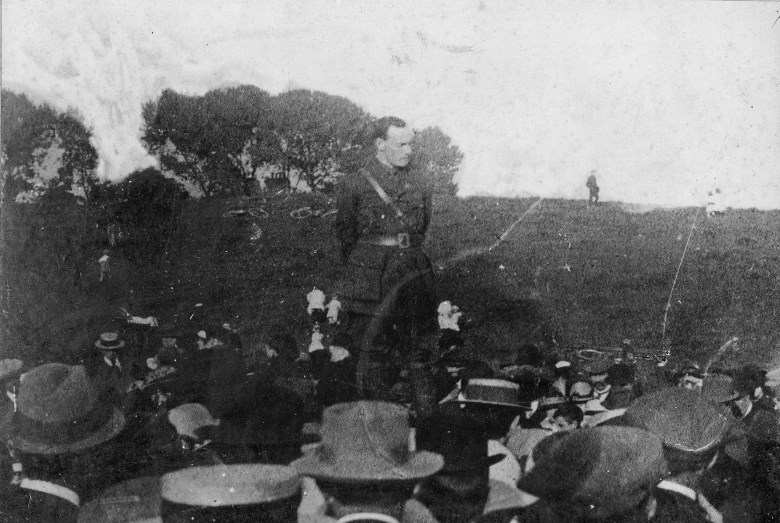 Pearse addressing a crowd at Dolphins Barn in 1915. Note the uniform and the lookout on the horizon

Having stood alongside MP John Redmond to hail the Government of Ireland Act, Pearse was quite enthusiastic about a peaceful devolution of power — ‘Home Rule.’ But after delays by the House of Lords, the Great War began just as the legislation was to be taken up by the House of Commons, and so it was tabled for the duration of the conflict. Impatient, thrilled by the sanguine fighting in Europe, Pearse has chosen the violent path. “It is good for the world that such things should be done,” he says of the war and his compulsion to imitate it. “The old heart of the earth needed to be warmed with the red wine of the battlefields. Such august homage was never before offered to God as this, the homage of millions of lives given gladly for love of country.”

Still one of the best writers that Ireland has ever produced, Pearse’s funeral oration for IRB elder Jeremiah O’Donovan Rossa last August is a haunting window onto his revolutionary mindset:

What does it say of Eire that so many of the foremost advocates for her independence are bards? Pearse is hardly the only one. In Germany today, his fellow poet and Gaelic League member Roger Casement is experiencing frustration as he tries to interest Britain’s wartime enemy in lending its support to the planned uprising. He has failed to interest Irish prisoners of war in turning coat against London, and his appeal for German officers to lend their professional skills to the ragtag Irish resistance have been refused. The best he has been able to do is win a pledge not to invade Ireland as conquerors and involve himself in the Ghadar conspiracy against British rule in India.

But Casement may not have expected much from the German Empire, for he has long ago been disillusioned about imperialism. Working for the Foreign Office, in 1904 Casement investigated reports of atrocities committed by Belgian King Léopold’s private army, the Force Publique, against native populations in the Congo Free State. Documenting the massacres, amputations, and other barbaric abuses used to intimidate the African tribes into greater rubber production, Casement sparked an international outcry that eventually led the Belgian parliament to dissolve Léopold’s writ and govern the colony as the Belgian Congo. Sent thereafter to Peru in 1910, he repeated his previous feat by exposing the horrific treatment of Putumayo Indians by the Peruvian Amazon Company, stirring such a scandal that the business collapsed.

Casement retired from his public service in 1913 and took up revolutionary organizing shortly thereafter, traveling to the United States in order to procure arms and co-writing the manifesto of the Irish Volunteers, the paramilitary organization that will one day become the Irish Republican Army. He is not a member of the IRB, however, and perhaps the resulting distrust explains why he has been kept out of the loop regarding the plans for an Easter uprising.

Sadly, nothing will go according to plan, and neither bard will survive the year. Patrick Pearse will die before a firing squad in May; Roger Casement will be hanged in August. 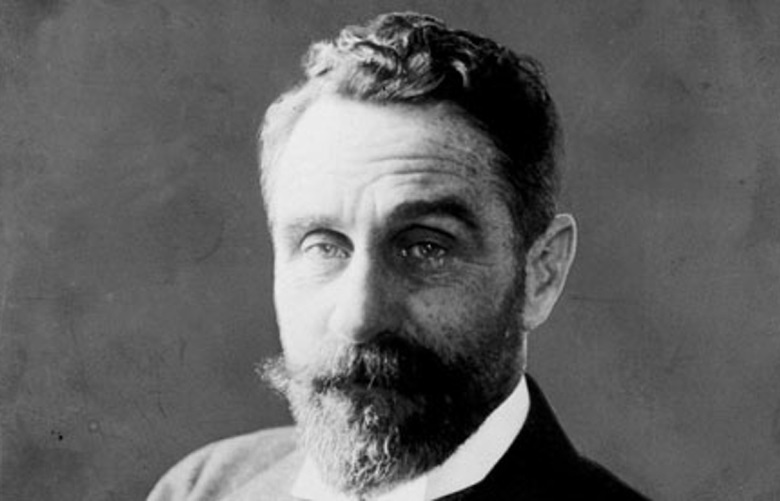 A victim of dirty tricks: prior to his trial, the British government circulates excerpts of Roger Casement’s diaries regarding his homosexuality in order to spoil any public sentiment for clemency