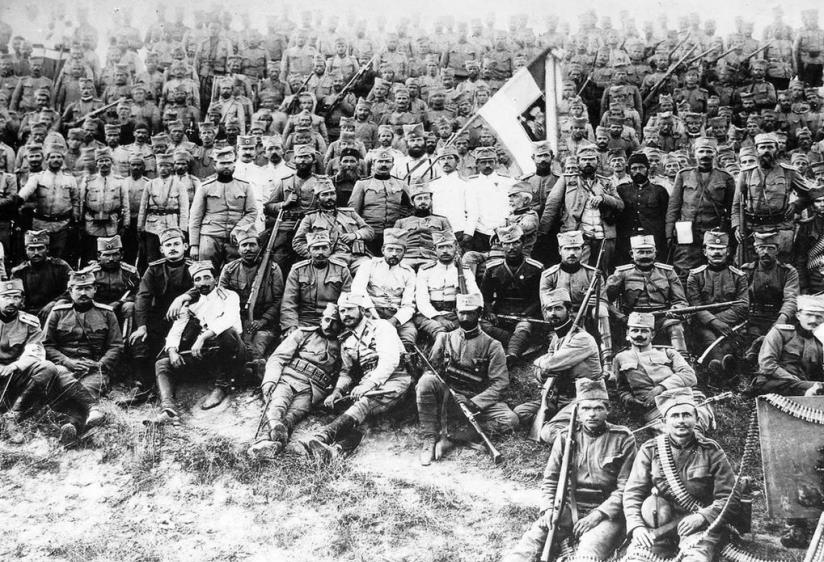 The Serbian nation is wholly occupied by its enemies, and the Serbian Army has nearly been annihilated in defeat, but more than 150,000 soldiers and civilians have managed to escape through the hostile tribal hills of Albania and reach the coast at Vlorë, where they have boarded allied ships to sail for the Greek island of Corfu at the rate of 12,000 a day since French troops took possession of the Ionian sea community on January 11th.

Starving and sick with influenza, met with insufficient supplies of food and medicine and clothes and tents and blankets in the cold winter weather, at least three hundred of them have died every day after reaching sanctuary, with a total of 30,000 survivors dying before the fever breaks. Most of their corpses are loaded onto the French hospital ship St. Francis of Assisi and buried at sea in what will forever be known to Serbs as ‘the blue graveyard’ (Plava Grobnica) thanks to a funerary poem written by playwright and soldier Milutin Bojić. It reads, in part:

Buried are here garlands of days past
And the fleeting joy of an entire nation,
And so this cemetery lies in the shadow of the waves
Between the bosom of the earth and the celestial vault.

Halt, imperial galleys! Extinguish your torches,
And draw your oars to rest,
And when I complete my Requiem, steal away into the dark of the night
Piously and inaudibly.

Nevertheless, those who have arrived at the refugee camp on the tiny island of Vido call Corfu ‘the island of salvation,’ and today it is indeed the salvation of the Serbian government, which convenes in exile at the White Venice hotel. The Serbian National Assembly was reconstituted at the National Theatre of Corfu on January 19th. Both institutions will remain here until the end of the war. 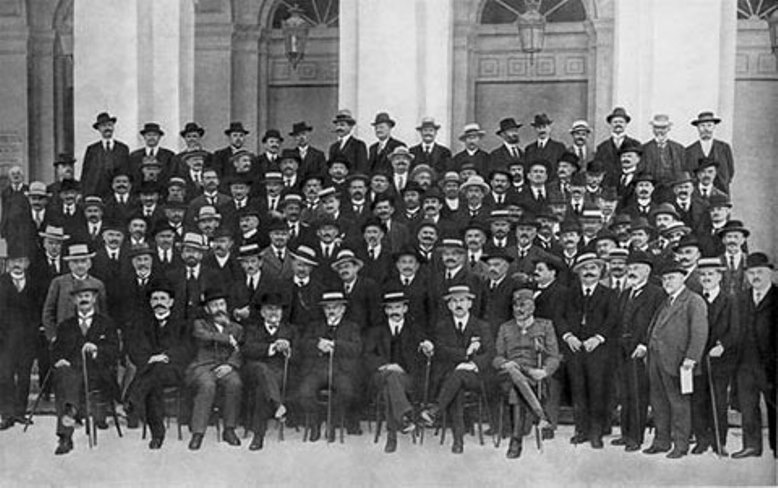 As century later, their stay on the island is still remembered for the happy accord which develops between refuge and refugee. In his memoirs, Serbian Prime Minister Nikola Pašić recalls that

Of all the foreigners who came and went, Serbs were the ones who aroused most sympathy — and for a number of reasons: firstly because the Serbian officials and officers, who lived in the town, felt the urge to hurriedly spend all their money immediately after receiving it, lacking any sense of economy of the Italians and French that have this trait deeply rooted; because the Serbian soldiers living in small camps all over the island always had the greatest respect for the women of Corfu, whilst the French and the Italians strove to become heroes of Boccaccio’s novels. The Serbs were particularly respected for the fact that none of them showed any intention of staying on the island, but longed constantly for their native land in Šumadija, for their home in Belgrade or Niš.

The Serbs are as good as their word, for the first troops will depart for Salonika in April.

Friendly relations lead to permanent bonds when Mr. Ioannis Gazis, the owner of the White Venice, marries all three of his daughters to Serbs. The political leaders of Corfu also present the Serbian government-in-exile with a printing house which the French equip with the best modern printing presses. Now able to produce a Serbian-language newspaper and books, including textbooks for the hundreds of Serbian children now attending special schools that have been set up for them. Sporting leagues are organized, and the allies play any number of intramural matches in the years to come. Churches are also set aside for the Serbs, and soon there are Serbian restaurants, grocery stores, and other businesses flourishing alongside the native Greek ones. Social interaction even changes the language of Corfu; even today, the oldest residents of Corfu often use Serbian words for family and home.

So I want peace, to officiate my Requiem
Without words, without tears and quiet sighs,
To merge scent of incense, and the breath of dust,
With the pounding echo of distant battledrums. 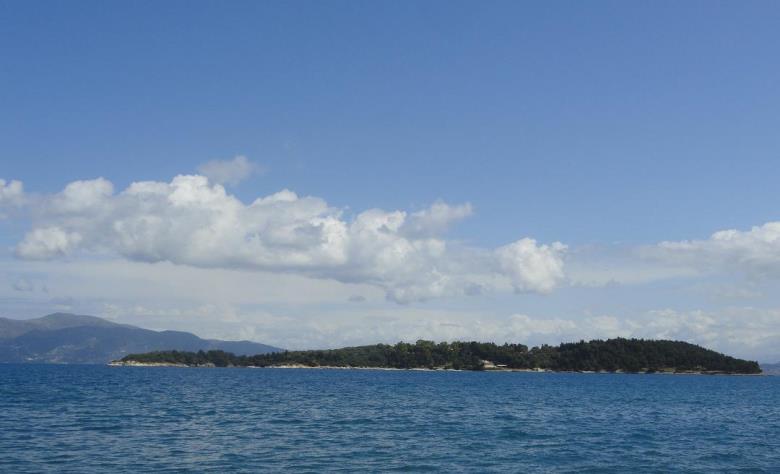 Vido, with the main island of Corfu in the background, was the main refugee camp for the Serbian Army