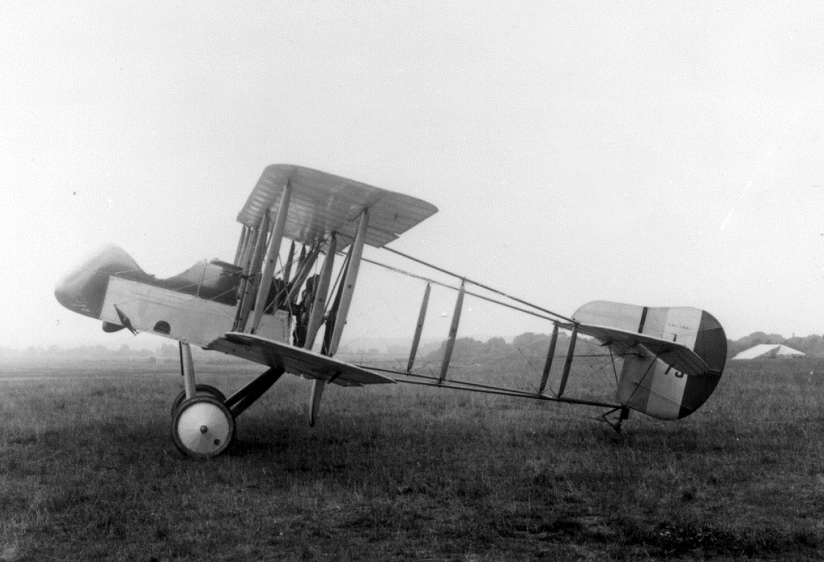 Redeployed from the London suburb of Hounslow to the French town of St. Omer today, No. 24 Squadron is a wholly new kind of unit for the Royal Flying Corps (RFC). Rather than mix aircraft types and variants to conduct a variety of missions, No. 24 Squadron has been designed for the new role of air superiority and equipped only with the Airco D.H.2 (see above), a ‘push propeller’ plane that has been under development for almost a year. They are Britain’s answer to the new Eindecker monoplanes that have become known as the ‘Fokker scourge‘ since last July by dominating the airspace over the Western Front.

The squadron’s leadership is a sign of how seriously the RFC takes the Fokker threat. Major Lanoe Hawker is Britain’s very first fighter ace and a creative innovator, having claimed seven victories during 1915. Going aloft in a Bristol Scout biplane with a side-mounted gun which could only be aimed indirectly and while inside the defensive envelope of enemy rear gunners, Hawker nevertheless shot or forced down three German reconnaissance aircraft in a single day last July, winning the Victoria Cross for his bravery.

Wounded twice by ground fire, his experienced nerves are steady enough to handle the tricky D.H.2, which has a very narrow speed range (the zone between stall speed and maximum speed) and tends to spin out of control in the hands of a novice pilot. Through patient drill, Hawker has taught his young volunteers how to recover from a spin and take maximum advantage of the plane’s superior maneuverability. Thanks to his efforts, the Fokker scourge is about to come to a sudden end just in time for the great allied offensives being planned for 1916, claiming 70 victories by November at the cost of twelve planes and 21 pilots made casualties of war. 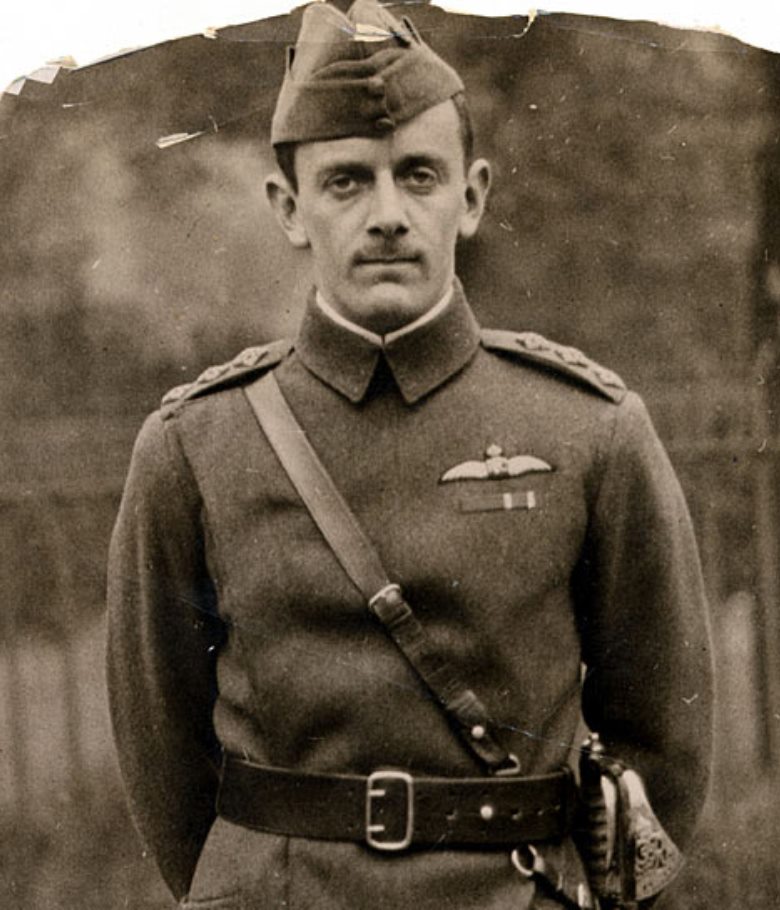 Lanoe Hawker is just 25 years old. Despite command attempts to keep him grounded, he will not survive the year

Hawker’s superiors prove to be almost as much of a hindrance as the enemy. Because the RFC has still not deployed a synchronization gear to fire through a forward propeller arc, the D.H.2’s propeller is behind the pilot and a Lewis machine gun is mounted in front, but not in a fixed position. The weapon proves much more difficult to aim than we might expect, for the pilot is required to fly with one hand and aim with another; Hawker would prefer to affix it straight ahead so as to aim his fire by simply aiming the plane, but the RFC command disapproves, believing that pilots must be free to swivel the gun as needed. He eventually engineers a clamp-and-clip system that allows the gun to both fire forwards and be freed for action in one swift motion, satisfying both requirements. Other Hawker inventions include a double-decker magazine for the Lewis gun to reduce the need to reload, an aiming ring for the muzzle, thigh-high sheepskin boots for comfort at high altitudes, protective fabric covers for propeller tips, and a more realistic training system for target practice on the ground.

RFC rules against squadron commanders taking part in operations fail to deter Hawker, and the rapid development of flight technology means that new German designs soon outclass the D.H.2 in turn. As a result, he is killed in late November after one of the war’s longest dogfights. His enemy, a German pilot flying a brand-new Albatross D.II, fires over 900 rounds of ammunition before hitting Hawker in the back of the head with one of his last bullets, killing him instantly as he tries to escape the faster plane for friendly lines with his own ammunition exhausted. It is the eleventh victory for his opponent Manfred von Richtofen, better known as the Red Baron. Obsolete, the D.H.2 is gradually withdrawn from front-line service to fly in an air defense role over England and to perform scouting duties in the Middle East.