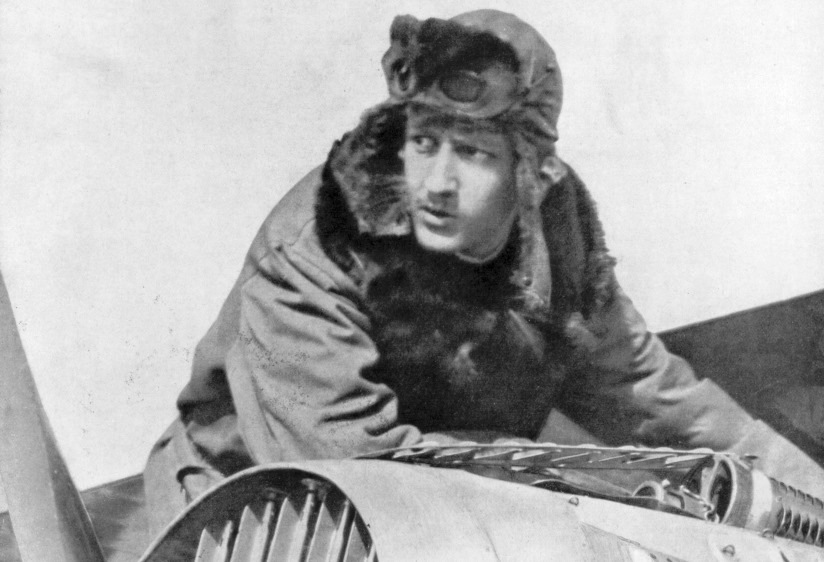 Late this morning, Sergeant Georges Guynemer is flying his Nieuport 11 near Roye on what will come to be known as a ‘combat air patrol’ when he spots a German LVG reconnaissance plane. Closing at full throttle,  he brings his ‘Bébé’ plane as close as possible so as not to miss. “I did not open fire until I was at 20 meters,” he writes afterwards. “Almost at once my adversary tumbled into a tailspin. I dived after him, continuing to fire my weapon. I plainly saw him fall in his own lines. That was all right. No doubt about him. I had my fifth.”

But even though he has just scored enough victories to bear the title of ‘ace,’ Guynemer is not done for the day. Continuing his patrol to the east, he soon spots a second LVG. “I was really in luck, for less than ten minutes later another plane, sharing the same lot, spun downward with the same grace, taking fire as it fell through the clouds.” Both victories are confirmed; Guynemer returns to Escadrille No. 3 and lands for a hero’s welcome. 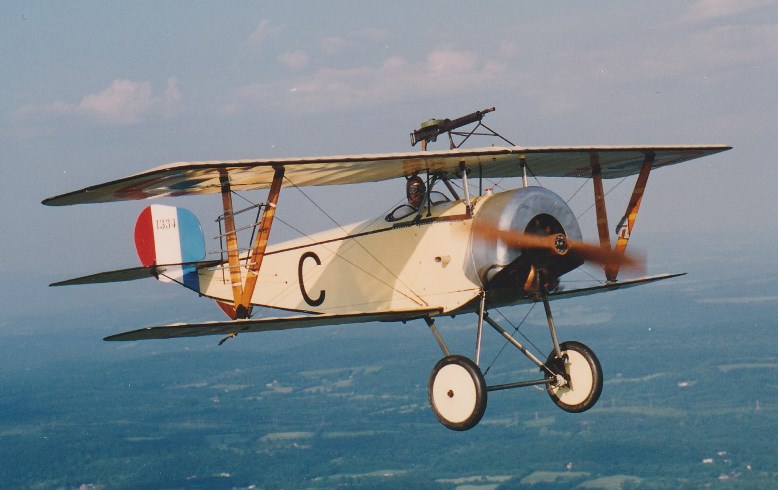 A Nieuport 11 in flight. Note the machine gun is mounted on the top wing, making it a bit difficult to aim and reload

Born to aristocrats, Guynemer was a slight child prone to poor health, and stayed at home with a tutor until he was fourteen. When he finally did leave home for college, Guynemer was still small and hardly an athlete, but was soon discovered to be a fine marksman with a rifle. Nearing adulthood, he showed an interest in mechanics and the engineering trades, and so in 1911 a family friend invited him to fly in a Farman airplane, an experience that easily captured his imagination.

When the Great War broke out, Guynemer tried to enlist but was rejected as unfit for military service. Undaunted, he made three more attempts, finally passing examination with the help of his father’s influence. Nineteen years old, he was assigned to a squadron as an aviation mechanic and immediately began lobbying his chain of command for acceptance to flight training. At last, in March of 1915 Guynemer got his chance — and a promotion to corporal. It was a hard-won beginning to one of the most stellar fighter ace careers of the Great War. Though he is only the second highest-scoring French fighter ace with 54 victories, Guynemer is humble where the leader is vain, and so he becomes the most beloved by his countrymen. 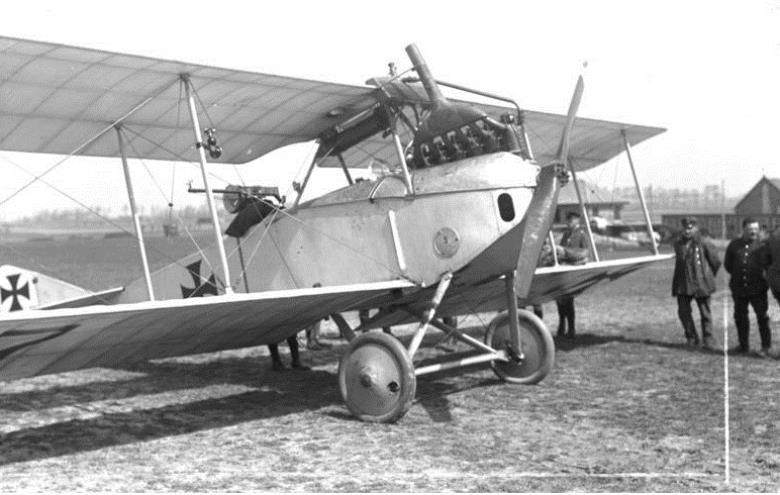 A German LVG C. Note the rear gunner position and the exhaust pipes obstructing the pilot’s view in the forward arc

Guynemer will win his seventh victory the day after tomorrow at Herbecourt by shooting down another LVG. Thereafter his squadron will be assigned to the Verdun sector, where the German Army is about to launch its biggest offensive on the Western Front this year and the ‘Fokker scourge‘ is concentrated. While pursuing another LVG on March 12th, however, Guynemer is wounded in the arm by the co-pilot’s machine gun fire and withdrawn to recover from his injuries. Promoted to junior lieutenant in April during his convalescence, Guynemer returns to his squadron in June to find that his plane has been replaced by a Nieuport 17 with a 110 horsepower Le Rhône engine and a .30 caliber Vickers machine gun synchronized to fire through the propeller arc. It is the best plane he has ever flown, and his success rate improves immediately.

Flight technology is advancing rapidly in the course of the war, and Guynemer will upgrade again to the Spad XII. But like so many of the daring young men who take to the air during this conflict, he does not survive it. Hit in the head and instantly killed during a dogfight in 1917, his body is never recovered. It is a sad fate, but a fitting one for Guynemer, who has declared: “Until one has given all, one has given nothing.”