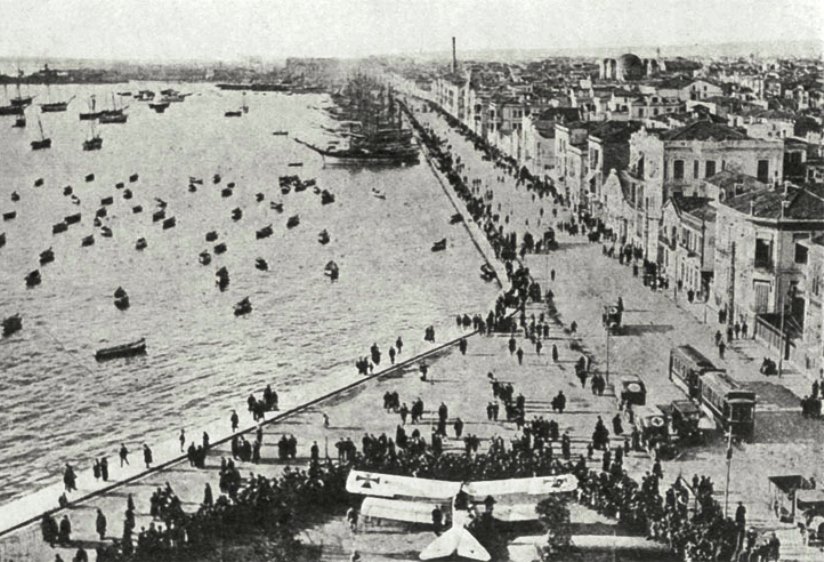 A diverse and cosmopolitan place, Salonika has been a geographic center of political history in the Balkans for over a decade. The ‘three pashas’ who now run the Ottoman Empire formed their Committee of Union and Progress here in 1904, expanding their influence throughout government and the Army before taking power. When a counter-revolution materialized against them in 1909, tens of thousands turned out to support change at Liberty Square, and the ‘Operation Army’ of Enver Pasha and Mustafa Kemal Atatürk departed for Istanbul by train to depose and the sultan and replace him with someone more amenable to political modernization. But Salonika became a Greek city again during the Balkan Wars, and then it was the scene of King George’s assassination in 1913, putting Constantine I on the throne of Greece while Muslims, Jews, and Bulgarians suffered undeserved retaliatory oppression by the police and military.

The Great War came to still-neutral Salonika with these resentments still fresh, and the arrival in force of French and British armies in the last three months has added a whole new layer of woeful complexity. Five days ago, three Albatross reconnaissance planes too off from Bulgarian lines flew 10,000 feet over the city dropping thirty small bombs. While only one Greek citizen was killed, one bomb very nearly struck a Greek general observing his troops on parade. The warships in harbor threw up a curtain of anti-aircraft fire that brought one of the attackers down; like the German Taube aircraft put on public display to help Parisians lose their fear, the Albatross will later be installed at the waterfront for propaganda purposes (see above). But this was not enough to satisfy the Entente allies, who took extraordinary retributive measures that same evening. 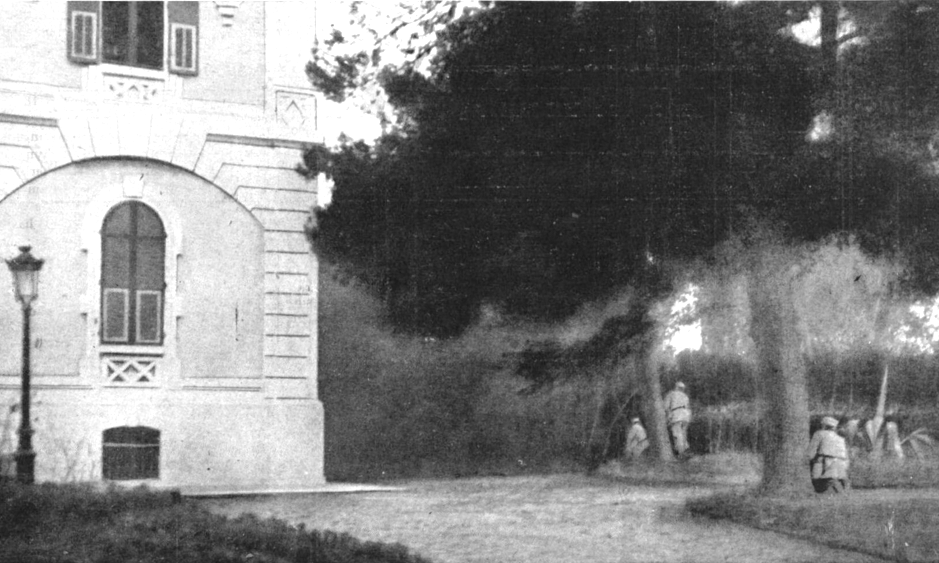 Before midnight, British and French soldiers seized the German, Austrian, Turkish, and Bulgarian consulates, arresting hundreds of people — including their diplomatic officials, who were transferred onto a French cruiser for deportation to Toulon. A Norwegian consul-general is also arrested on charges of aiding and abetting enemy combatants.

These measures have angered the Greek government, which is already hobbled by a domestic political crisis over Constantine’s refusal to join the Entente alliance. Known as the National Schism, this state of paralysis began when the King of Greece fired his prime minister, then grew deeper when his picked successor failed to form a new government out of a hostile and unwilling parliament, which Constantine has now dissolved. It has only gotten worse with his appointment of Prime Minister Stephanos Skouloudis, whose unity government is chilled to near-inaction by the same war question.

Roused to action at last, yesterday Skouloudis’s government sent strong formal protests to Paris and London. These diplomatic letters are published today, and the Greek press — which has already observed the incident with predictable heat and disapproval for the actions of both sides — issues its own official op-ed page condemnations of allied actions right alongside the notes. General Maurice Sarrail, the French commander of the Salonika expedition, responds that his orders were “only just retaliation for the aircraft bombardment, which was a flagrant act of war.” Greece complains of neutrality violations; the Entente powers justify their actions as upholding Greek neutrality.

Meanwhile, the Serbian Kingdom which allied troops arrived in Salonika to save has disintegrated. 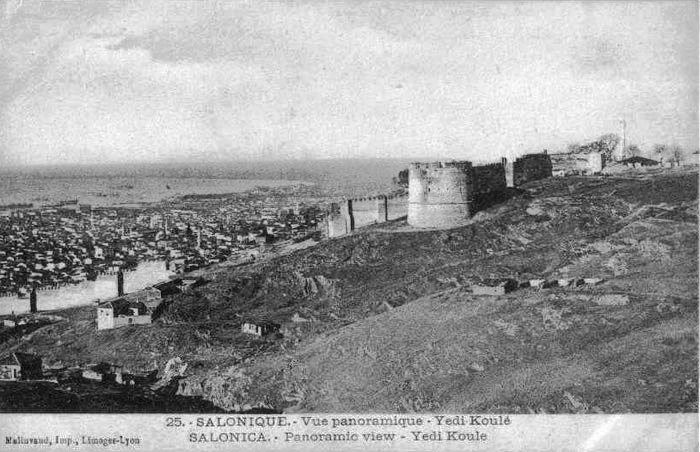 A contemporary view of the medieval walls around Salonika, now Thessaloniki

Bulgaria retaliates today, arresting all remaining former civilian employees of the British, French, and Serbian legations who stayed in the capital after Tsar Ferdinand threw his lot in with Berlin and Vienna. Despite promises from the Kaiser that Greece will not be attacked, Ferdinand’s victorious armies nevertheless crowd the Greek border as if to impose the will of the Central Powers through sheer intimidation. The survivors of the shattered Serbian Army and government are being evacuated to Corfu; Constantine’s emergency government does not want them relocated to Salonika, where they might form the nucleus of an allied offensive to retake the Balkans. It is one more point of increasing tectonic tension with the Entente allies.

But the king has already overplayed his hand. In late November, when the defeat of Serbia was still in doubt, Greek officials interfered in the timely disembarkation of reinforcements for the Macedonian battlefield, so the Entente powers declared a naval blockade of southern Greece to force a change in attitude. Powerless to kick out his unwelcome guests, Constantine has privately turned to his German brother-in-law Kaiser Wilhelm II in hopes of receiving the financial and material means to do so, but no such aid is forthcoming. Soon, a Bulgarian shadow looms over Greek Macedonia. The bombing raid which sparked today’s crisis was a warning of even greater challenges to come. 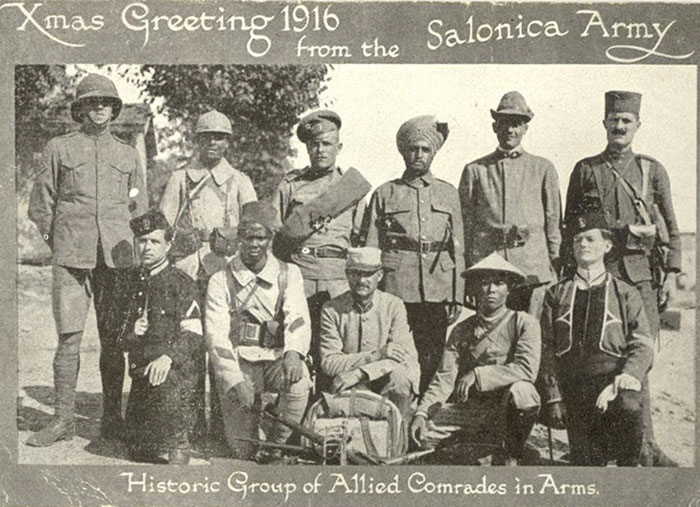 The diversity of the international force at Salonika will befit a polyglot community. Via Levantine Heritage