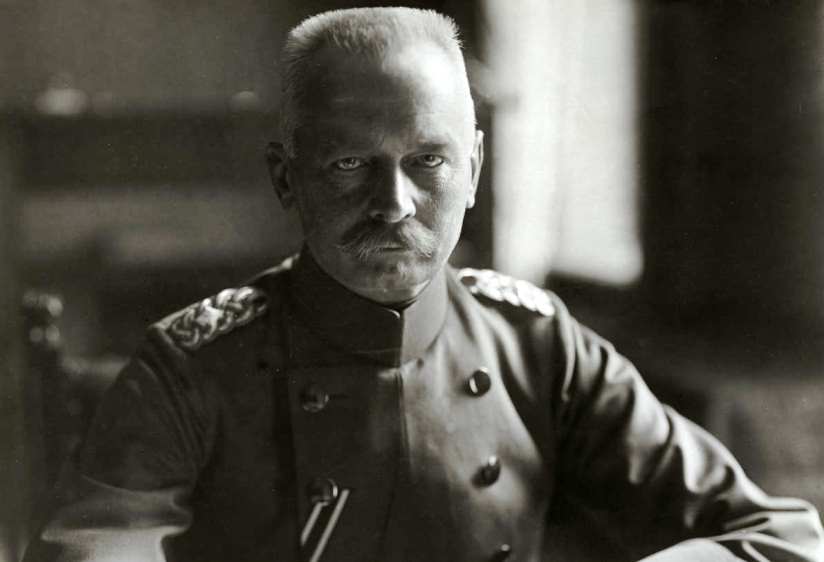 Seen above, Field Marshall Erich von Falkenhayn includes a ‘Christmas Memorandum’ in his memoir of the Great War, but some historians consider it a later fabrication. With the Prussian Army archives destroyed in the fires of 1945, there will never be definitive confirmation either way, but the text of the document accurately reflects the Chief of the General Staff’s plans and priorities as he sets the greatest battle of his entire career in motion. Today, Falkenhayn concludes a ten day planning session with General Konstantin Schmidt von Knobelsdorf, the Chief of Staff for Crown Prince Friedrich Wilhelm, with a decision to attack Verdun in the new year.

Tentatively scheduled for February 12th, the operation will require massive preparations: roads and rails must be laid, new saps dug, and the highest concentration of artillery seen so far on the Western Front must be positioned on three sides of  the Verdun salient without enemy knowledge. To this end, deadly new Fokker monoplanes are concentrated in the 5th Army’s sector to achieve air supremacy — when the winter weather permits flying at all. Laying up a store of 2.5 million artillery shells and promising Knobelsdorf five new divisions, Falkenhayn hopes to break the French nation by “bleeding them white.” In fact, he has actually used this famous phrase with Knobelsdorf, the Kaiser, and the 5th Army staff while explaining his vision of operations. But like a blockbuster film gone off the rails, from this date the original director’s vision will increasingly mean less and less to the production team. 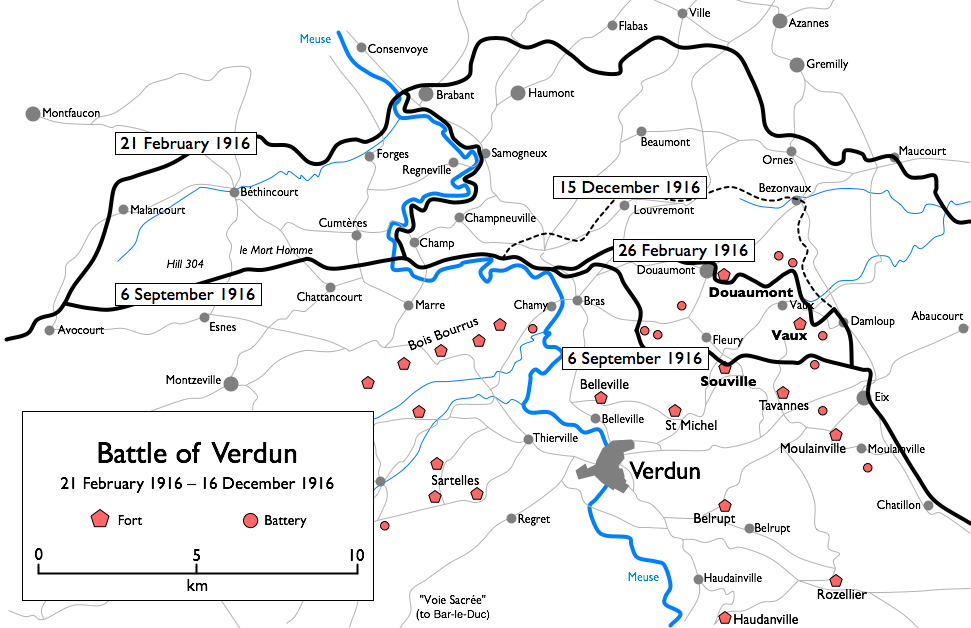 A map of the shifting battlefield at Verdun in 1916. The offensive is aimed directly at French national pride

In principle, Falkenhayn’s plan makes perfect sense. He has astutely observed the results of French attrition offensives in 1915; if a German army can seriously threaten a major target linked to French national pride, then France will commit its own reserves to defeat him, whereupon superior weight of artillery fire will inflict disproportionately-high casualties on the poilus. Thus enervated, France will (he hopes) be forced to break its united public front with her allies and sue for a separate peace.

Thanks to one of the best German intelligence agents in history, August Freiherr Schluga von Rastenfeld, Falkenhayn is extraordinarily well-informed on the quiet political turmoil in Paris, where the alliance with London is under severe strain. Now elderly, Rastenfeld provided the German high command with timely intelligence of French Army movements in the victory of 1871; now he tells Falkenhayn that widespread paranoia has spread distrust within the Entente alliance through all levels of society. Seeming to confirm this information, French prisoners report the impression that their lives are being thrown away to support British imperial ambitions.

Yet Falkenhayn’s vision is already being transformed by political considerations, namely the desire to set the Crown Prince up with a great victory that accrues to the royal dynasty. Whereas the Field Marshall only intends that the 5th Army should seriously threaten Verdun in order to stimulate French response, Knobelsdorf and the organization’s chain of command define victory as actual conquest of Verdun. Falkenhayn’s idea contradicts decades of accepted German military doctrine, while his relationship to the General Staff has been quite shaken by his infighting this year with Field Marshall Paul von Hindenburg. Yet Falkenhayn’s reputation as a commander remains inextricable from the execution of his plan, anyway; as a result, he has less than a year left in his high position, and his esteem will never recover in German eyes. 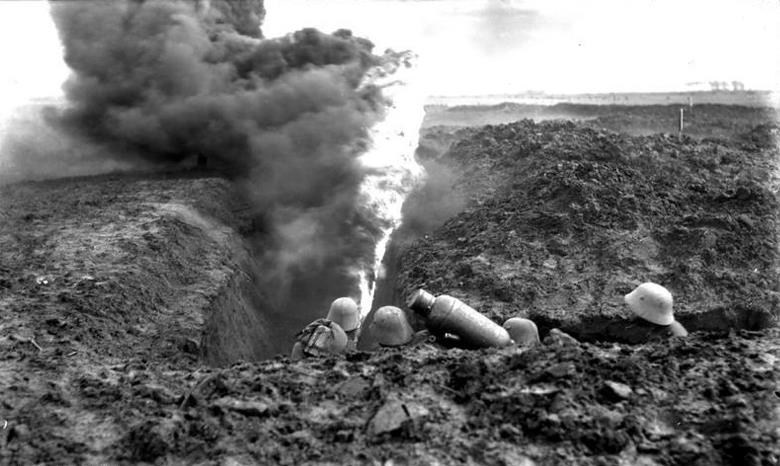