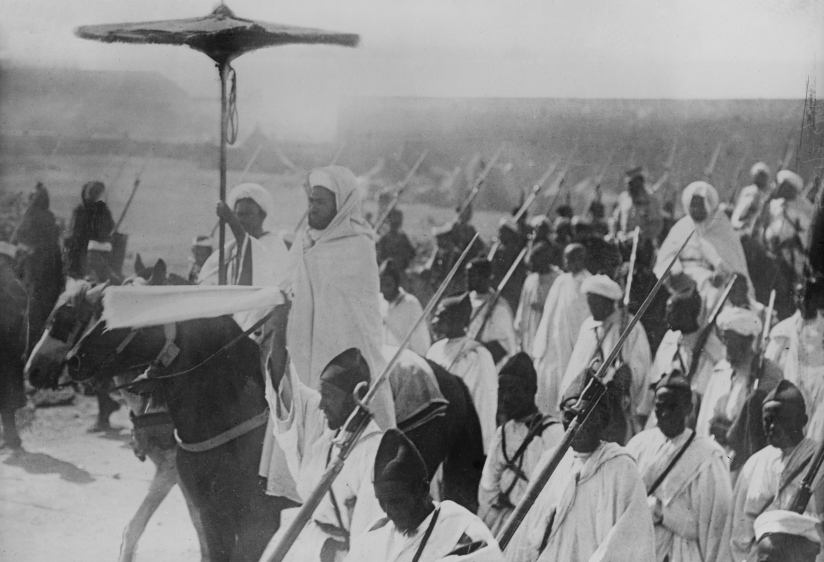 Ostensibly independent, Egypt is a vital British imperial communications link with India, so it has understandably been a key target of the Central Powers throughout 1915. The Ottoman Caliphate invoked jihad at Berlin’s instigation before the end of 1914, stirring unrest and violence along the colonial periphery of the Entente allies. Turkish troops have attacked and harassed the Suez Canal from the Sinai since January, while German submarines have landed arms and agents on the North African coast with the twin aims of upsetting Italian rule in Libya and threatening Egypt from the west.

Ironically, their clients for this operation are the Senussis, an Islamist sect born in reaction to Turkish rule amid the challenges of European modernity during the 19th Century. Sidi Muhammad ibn Ali es-Senussi was an Algerian lawyer who objected to European colonialism. Despite his Sufi beliefs, Sidi Muhammad was deeply influenced by Wahhabi preachers during his travels in Arabia, producing a recognizably fundamentalist theology. In recent decades, Senussis have at times proven useful to British influence in the region, but matters have become increasingly problematic since the outbreak of war in Europe, and few populations in Africa are so well-primed for a violent uprising.

During November, the Grand Sheikh Sayyid Muhammad ibn Ali al-Senussi threw his lot in with the Central Powers and set out at the head of a substantial force (see above) from his stronghold in the coastal region around Benghazi, the area once known as the Roman province of Cyrenaica. Among thousands of his Muhafizia, Sayyid Muhammad’s raiding force includes German and Turkish officers to oversee the machine guns, field guns, and ammunition, most of which has been captured from the Italians, while agents of the infamous Special Organization — including Nuri Bey, brother of Turkish War Minister Enver Pasha — serve in key staff positions. Egyptian Bedouins of the Walid Ali tribe act as guides.

The incursion made itself known by cutting telegraph lines soon after crossing the border, but sniping and gunfire soon followed. Convinced that as many as 20,000 Senussis were attacking, the Army of India General Headquarters ordered forces in the border region to fall back on the port city of Sollum, where road and sea connections might supply a defensive perimeter. When the Egyptian Army garrison at Sidi Barrani never received orders to withdraw, defecting or scattering with their arms upon first sight of the enemy, Cairo’s fear that the Senussi uprising would spark revolt in Egypt seemed all too prescient. Additional forces were brought to bear as the the British line fell back again to Mersa Matruh, fifty miles from the Libyan border. 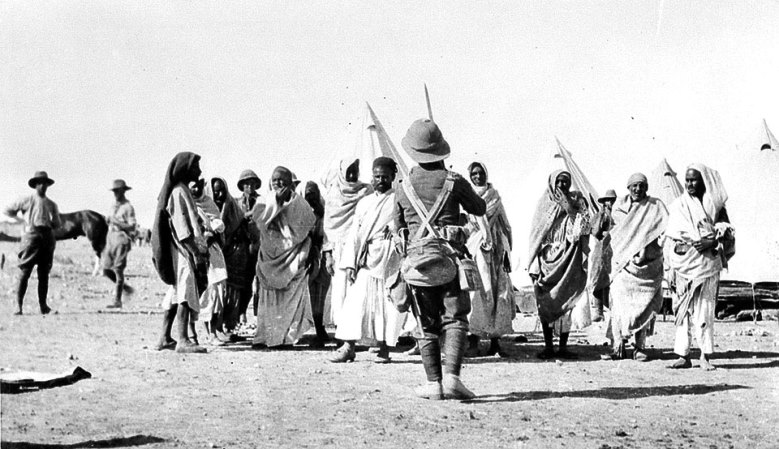 By December 3rd, the imperial force in western Egypt was being bolstered with South African volunteers, New Zealand Rifles, Royal Marines, six armored cars and two aircraft of the Royal Naval Division, and the battle-hardened survivors of the 15th Ludhiana Sikhs, now redeployed from the trenches of the Western Front. Going on the offensive two days ago, the Australian Light Horse attacked a known enemy position at Wadi Senaab, inflicting scores of casualties and taking possession of the objective. Meanwhile, the main force moved out from Mersa Matruh to converge at Sollum in two columns: horse and motor forces used the Kehdivial Motor Road, while Lieutenant Colonel J.L.R. Gordon’s infantry moved along the telegraph line.

That combined force is advancing through Wadi Shaifa this morning in search of an expected 2,000-man enemy force when it comes under heavy attack by 1,200 Sennussis, an assault with heavy weapons that stops the advance of the Royal Scots cold. Using a field radio to contact his camp at Umm Rakham, Gordon brings all his available reinforcements to the scene. Despite being equipped with modern heavy arms, the insurgent force is not prepared to fight a sustained battle with a veteran foe; the Muhafizia fighters are forced to retreat by the end of the day, leaving 180 dead behind and many more captured. Just nine of Gordon’s men are killed and fifty-six wounded, yet he decides to withdraw to his camp before nightfall and resume his advance in the morning.

Subsequent firefights will go the same way over the next two weeks. In fact, by the last day of 1915, the British Empire will receive so many Senussi prisoners that feeding and housing them all becomes a serious logistical challenge of its own. Despite their best-laid plans and most earnest efforts, German and Turkish attempts to stoke region-wide rebellion are coming up short, and the year is ending without the hoped-for collapse of Britain’s imperial project in the Muslim world. 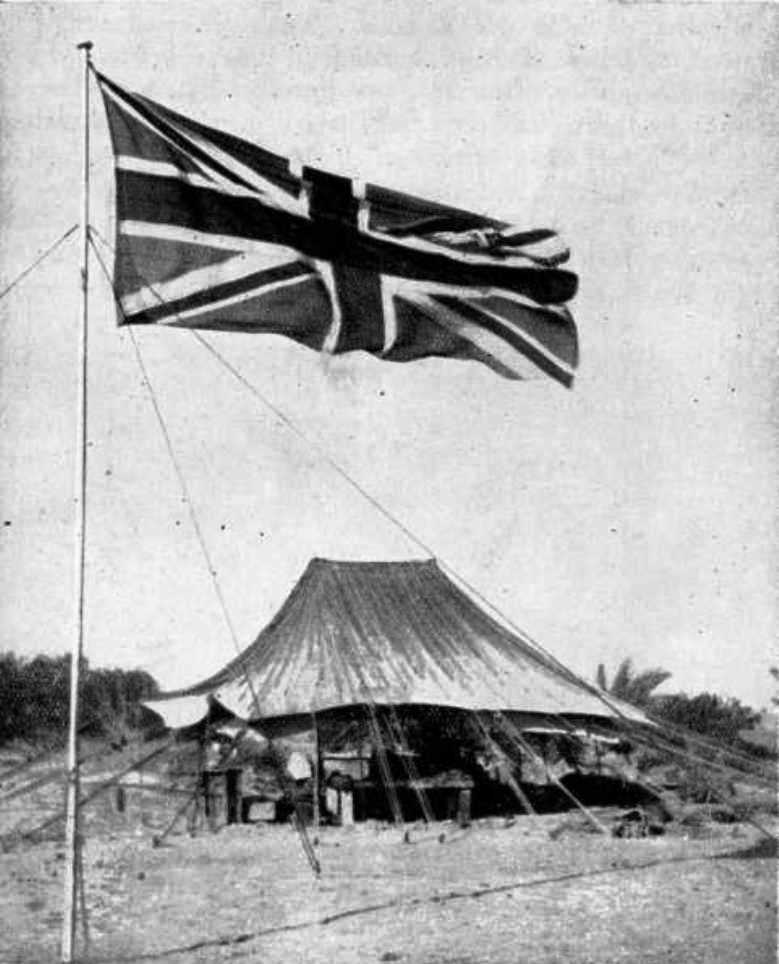 The flag at Major General Alexander Wallace’s headquarters in Mersa Matruh. Note the trees in background