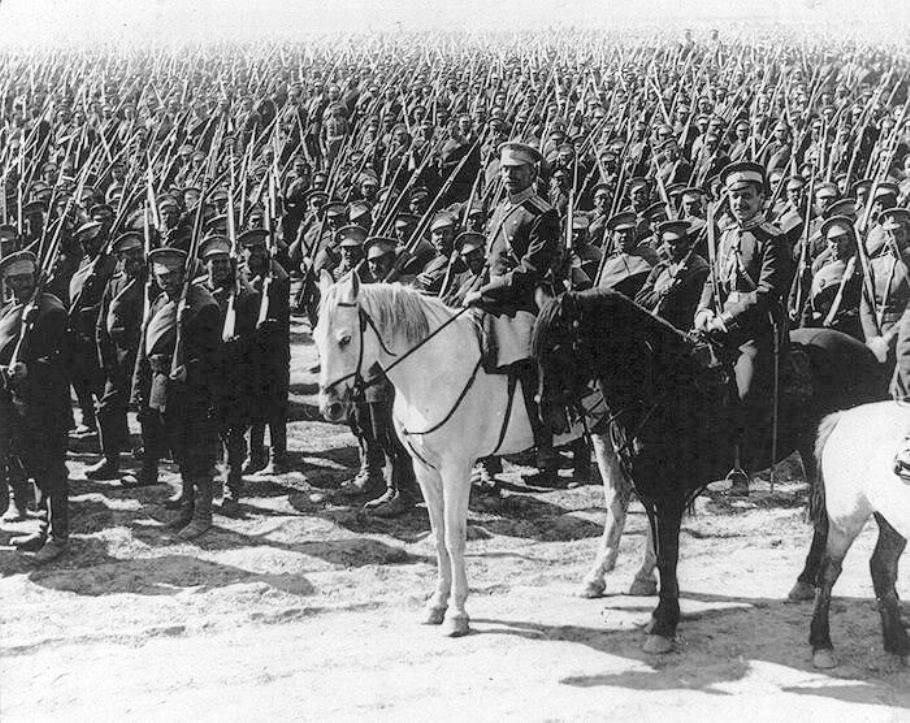 Neither army fighting in Galicia is well-led. One of the most telling anecdotes of the campaign is a wounded Slovak of the Hapsburg army overheard conversing with a wounded Russian sharing his ambulance cart. “Tell me sirs, what have we been fighting for? I don’t know why they sent us to fight our own people.” Indeed, off the battlefield the men of these enemy armies often relate to one another better than they relate to their own generals.

Russia’s army (see above) is huge, but its generals spend nearly as much time nursing their rivalries as they do commanding their armies, and black market corruption is rampant in the ranks because the Tsar’s quartermaster service is terrible. Russia has thousands of miles of train track, but not enough of them lead here, with inevitable logistical consequences. Ammunition is short; soldiers in the second line are often unarmed until someone hands them a weapon with the previous owner’s blood still on it. 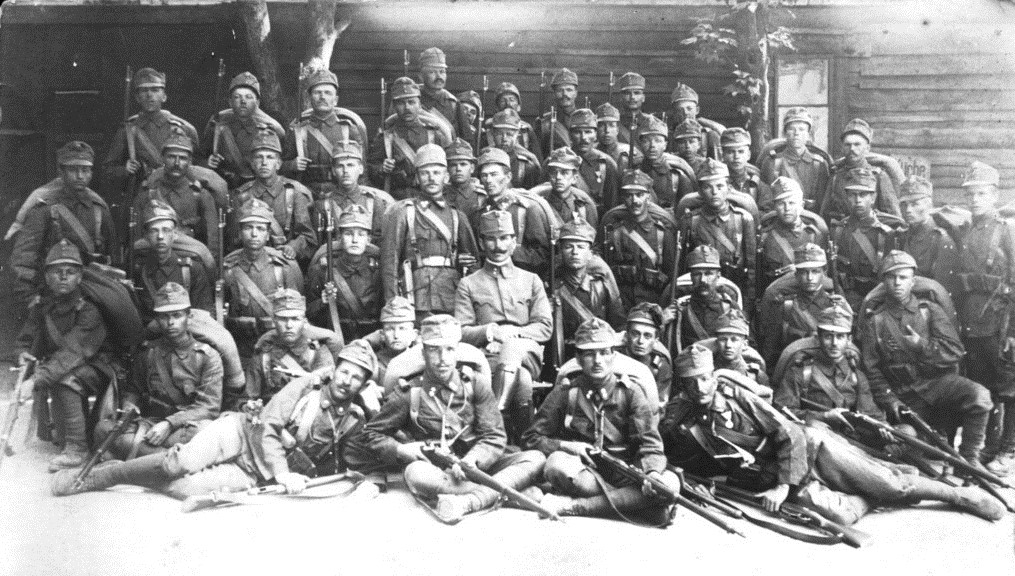 Austro-Hungarian soldiers in Galicia. Though courageous, they were mostly ill-trained and equipped

The Hapsburgs have not spent real money on their army in twenty years. Their proud traditions and snappy uniforms do not make up for a lack of training. The men of the Austro-Hungarian empire are glad they do not serve in the Kaiser’s ranks, where military discipline is often brutal, yet this also means the KUK is less-drilled, less-disciplined, and less-capable than their German allies — and wins fewer victories.

We should be fair: the vast formations that have been trudging across the future frontier of Ukraine and Poland for the last four weeks are the largest in history — so big that no commander can possibly coordinate their movements without being far enough behind the front lines to receive messages from all points for which he is responsible. Telephone and telegraph wires are often cut at the moment of enemy contact, while radio sets are nowhere near small enough yet to be carried by tactical units. Messages are usually transmitted by runners on foot, on horseback, or sometimes in an automobile. The distances and poor roads mean that the situation for which the runner sought orders has often changed before they can return. 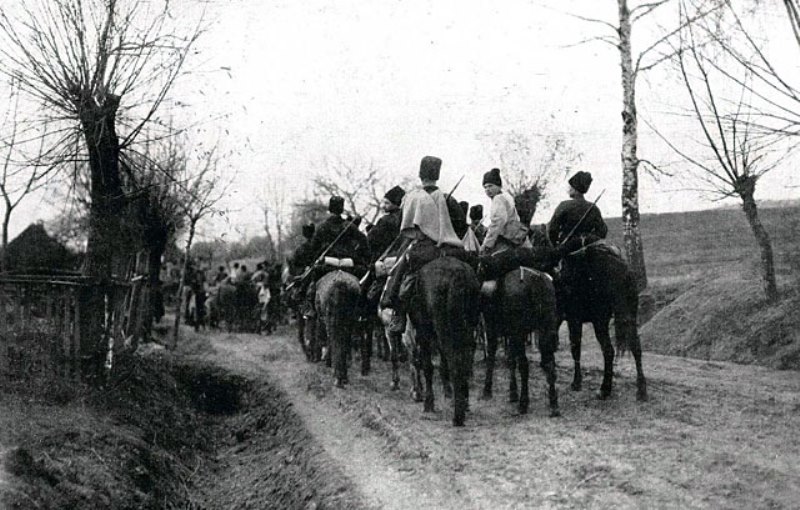 Russian Cossacks on the march in Galicia. The dirt roads quickly turned to mud whenever it rained

Nevertheless, this campaign is marked by greater incompetence of command on both sides than any other theater of the war right now. Today, the Hapsburg army retreats across the River San in defeat. The sluggish Russian army fails to follow them. Both sides’ intelligence has been abysmal; neither side has exploited successes. Chaos reigns as traffic in the fortress city of Przemysl grinds to a halt, with armies and refugees jamming the roads.

In the latter half of September, Russian correspondent Alexei Ksyunin writes of an endless procession of prisoners marching through Lublin:

First there were files of Slovaks in bluish uniforms, then they were replaced by Hungarians in dark blue jackets. One glimpsed PoWs as soon as one woke up and looked out of the window. Going out of town one saw once again a long column of them. Back in the hotel at nightfall, once again there were the silhouettes of Austrians, like dark spots. 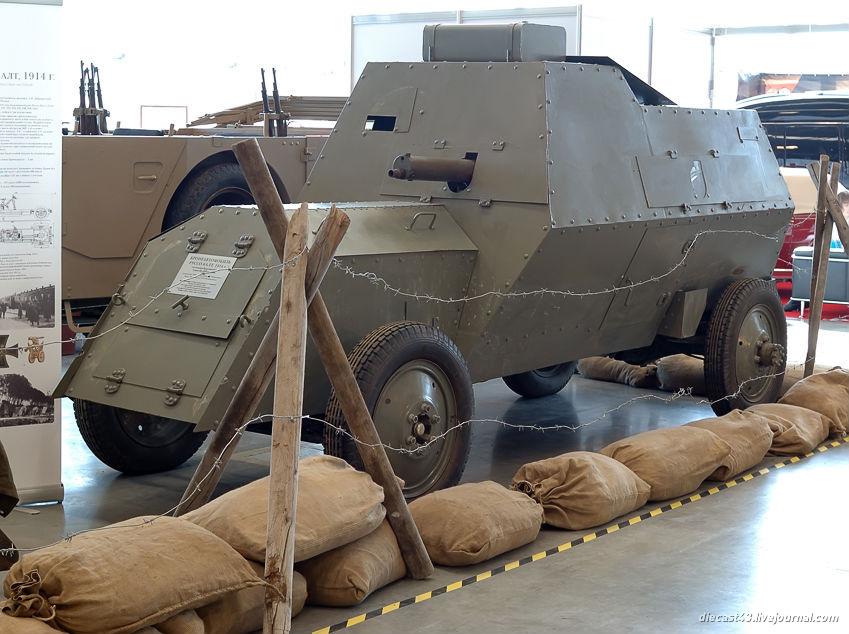 One saw groups of refugees from villages near the Vistula in the empty fields and in the valleys. They have taken all that they could carry on their shoulders and trudge with their families. They don’t know where they are going. They sit down in a cold, wet valley to rest and consider what to do next. They try to warm their children. One man chews a dry breadcrust between jaws stiff with cold and misery. It takes him a long time to swallow it and reply the the question I put to him: “How is it in Annopol?” “Oh sir, like death! The Rushinovitz house was destroyed yesterday. A shell hit it and the house collapsed. The owner was wounded and his wife killed. A soldier was also killed. Maevich, Burak, two cows, Anton Petz, Godzhikhovsky were all killed. Almost everyone else has left. Those who haven’t will go today.”

And so they do, for both sides are shooting ‘suspected spies’ everywhere they march. 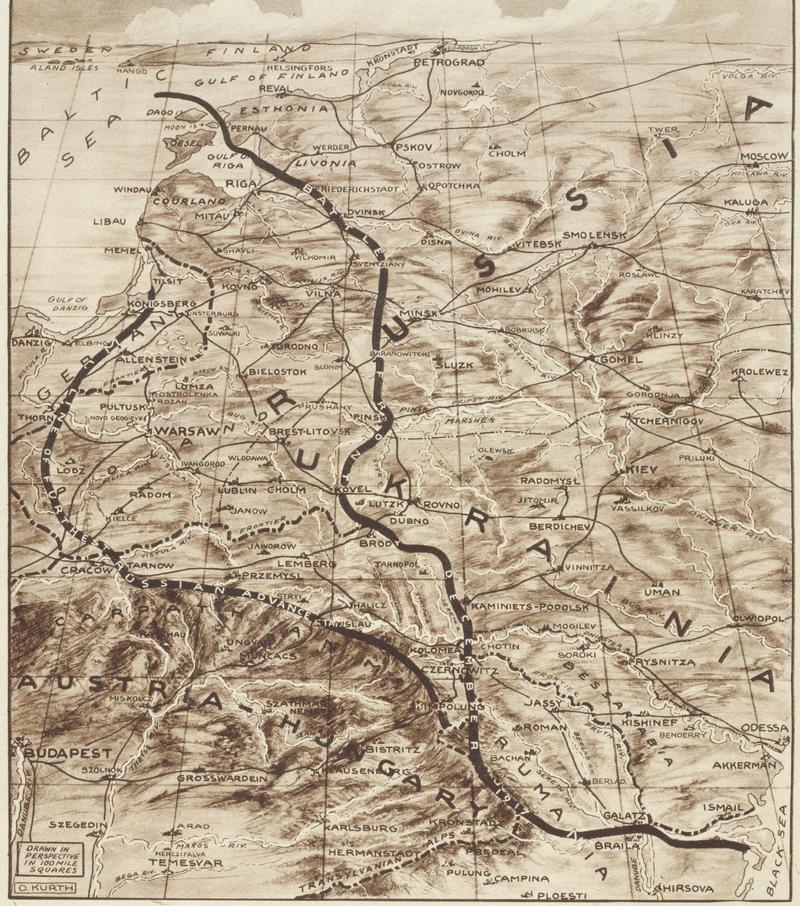