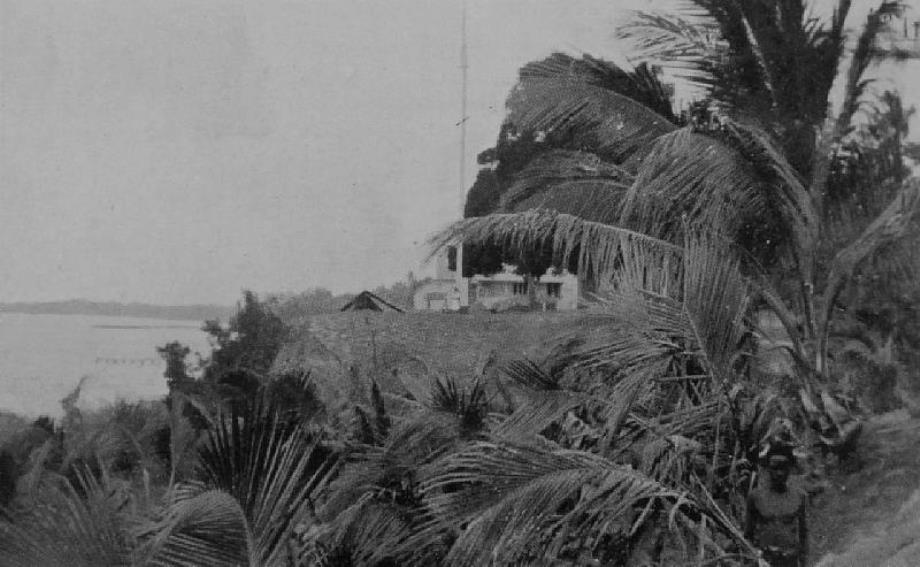 As the Imperial German Army retreats in good order from the Marne to take up entrenched positions at the Aisne, on the very opposite side of the world a remote island is experiencing the first of three violent ‘liberations’ this Pacific paradise will endure in the 20th Century. The volcanic island of New Britain, known to her European settlers as Neupommern, is populated by perhaps a half-million people speaking fifty languages — and administered by less than 1,300 German colonists.

Today, five hundred Australian troops make an unopposed landing near Herbertshöhe on the Gazelle Peninsula and move immediately on their first objective: a new radio transmission station (see above). It is one of three German Pacific territories to fall since the war was declared: New Zealand troops took Samoa unopposed thirteen days ago, and Nauru two days ago. Though they are not the only German communities in this patch of the Pacific, what all these islands have in common are radio stations. 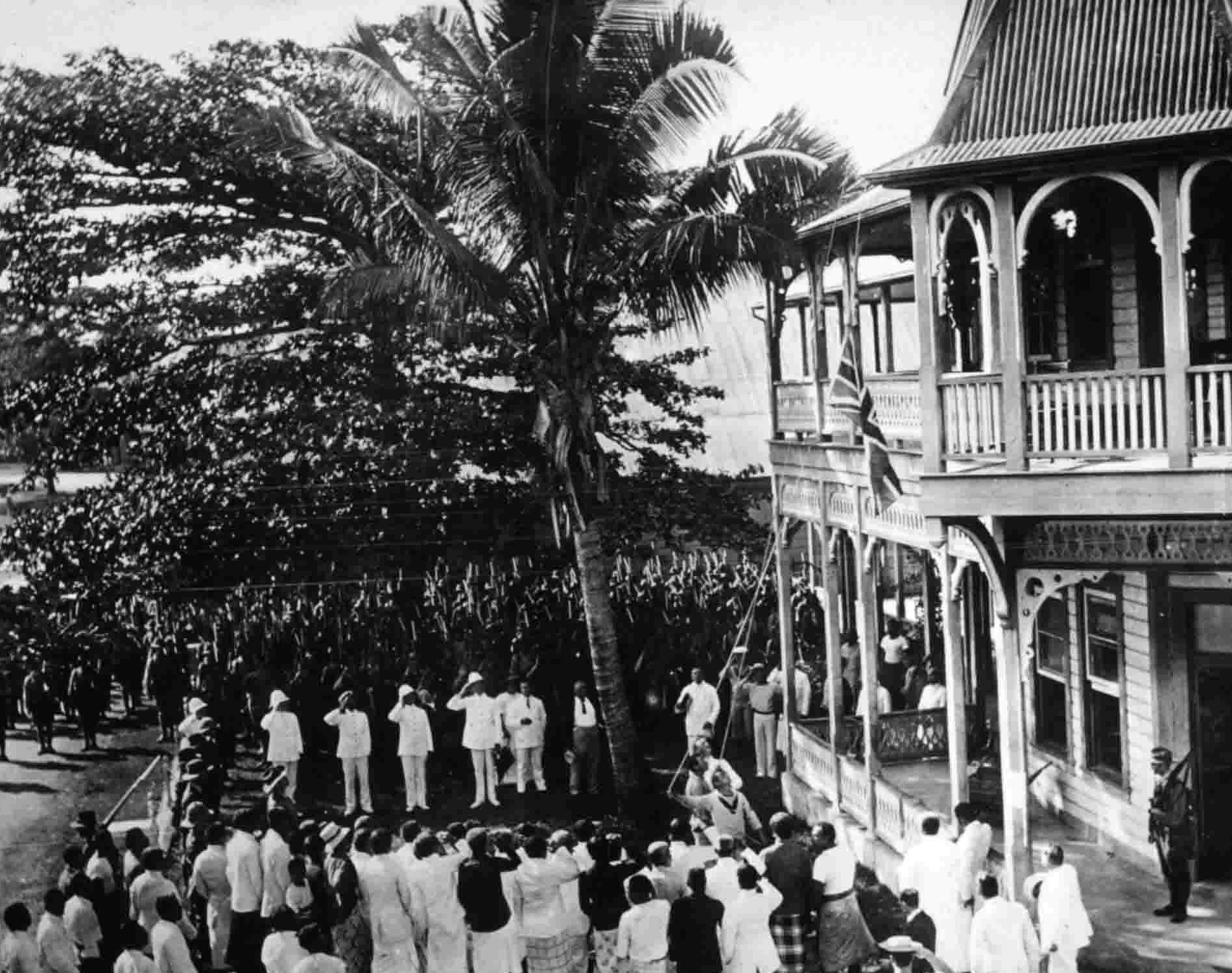 Indeed, the very first British offensive of the war took place not in Europe, but in German Togoland, where the Kaiser’s empire had just finished building yet another radio transmission tower. These choices reflect the priorities of Winston Churchill, First Lord of the Admiralty, who understands the strategic importance of radio better than most — and whose personal wartime ambitions are clearly driving the British empire’s operations outside of Europe.

Wireless communications have obvious military value for Germany’s scattered ships, which aim to disrupt Britain’s maritime empire. But they also offer an important morale boost by delivering news of home and the progress of the war, both of which are in short supply. Silencing Berlin’s voice is an important psychological step in conquering the entire island chain. 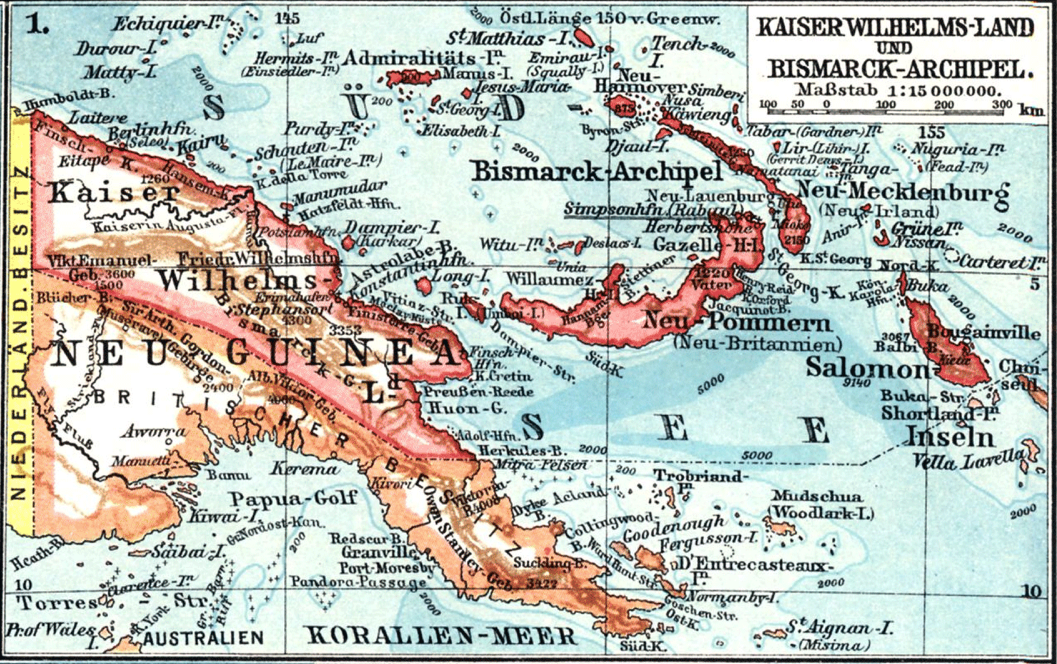 Five dozen Germans lead a large company of native police in a sharp fight. Though they manage to slow the Australians’ advance, and have even prepared a fighting trench, they are badly outnumbered and soon outflanked. After a few hours of resistance, the radio station falls into the attackers’ hands; its antenna has already been dismantled. The German governor of the colony continues to hold out at Toba for three more days, but a bombardment convinces him to ask for terms the next day. It is the first battle victory in the war by Australians.

As a natural crossroads, the Bismarck Archipelago already hosts a diversity of people from China, Malaysia, Japan, and elsewhere in addition to a cacophony of native tribes that have lived here for thousands, and tens of thousands, of years. German rule has largely been benevolent, but the Kaiser’s governors have never shied from asserting their authority to suppress cultural remnants of cannibalistic practices, such as the Duk-Duk dance.

German troops march into Herbertshöhe to surrender on the 21st

The Great War is the definitive beginning of the modern era. When this area becomes a war zone again in 1943, radio signals have proliferated here as much as anywhere — and so has the music. The 20th Century is the first in which the sounds and movements of culture are recorded and broadcast by widespread artificial means, allowing everyone, everywhere to enjoy everybody else’s culture.

But modernity also brings a kind of sameness — a muting of differences. As musical styles influence one another, they begin to sound alike. A change in the language of the lyrics is not the same thing as a change of instrument. Reggae, a style born in the Caribbean, is so popular today in the South Pacific that one can quickly find it on the island of New Britain by scanning the commercial FM band.

Which brings us to something else happening today, halfway again around the globe. 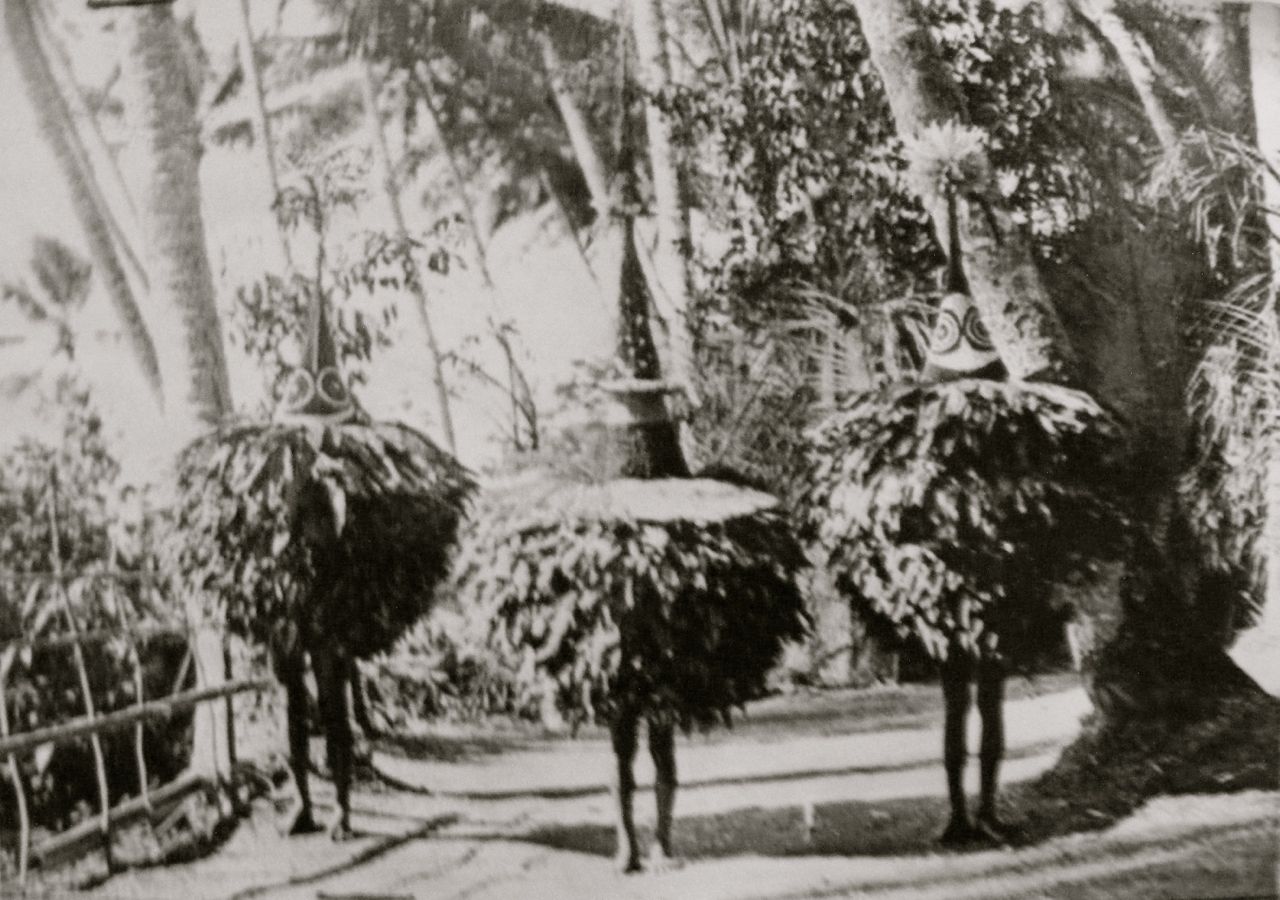 A Tim Burton movie? No, those are Duk-Duk dancers on left and right. The faceless one in the middle is a Tubuan, or female spirit. Germany suppressed these costumes, but the tradition survives

Today is also the day that William Christopher Handy publishes sheet music for The St. Louis Blues. A twelve-bar song influenced by ragtime rhythm, it immediately sparks a new dance called The Foxtrot. Handy will issue an instrumental record in 1915, and Al Bernard will record it with Handy’s lyrics in 1918. It is the world’s first commercially-successful pop song.

‘The Blues’ are a uniquely American musical style born from the anguish of Southern negro life, but by the end of the century styles derived from it — including rock and roll, hip-hop, and yes, reggae — will dominate radio stations all around the world.