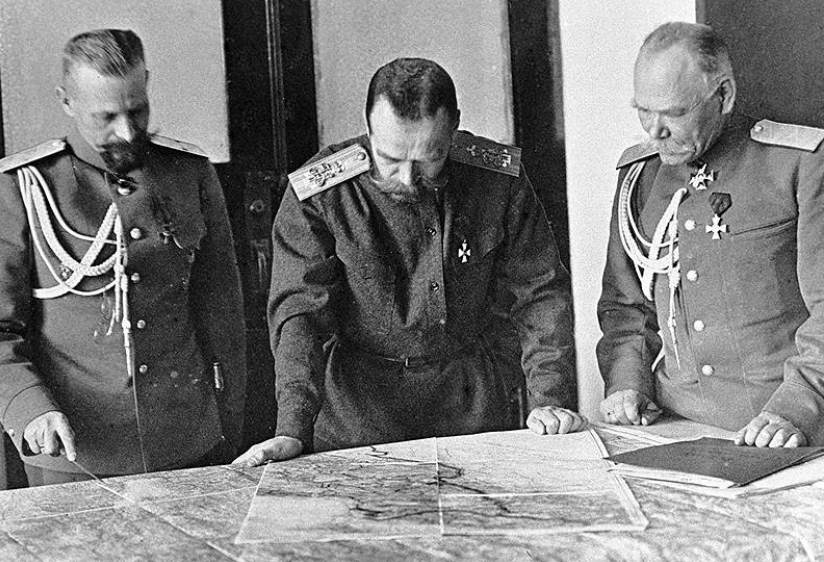 At Mogilev today, Chief of Staff General Mikhail Alekseyev (above, right) briefs Tsar Nicholas II (center) on the best available intelligence of enemy forces on the Eastern Front. A steady hand during the terrible retreat this summer, Alexeyev has won praise for restoring stability to the line and preserving Riga from capitulation — events better credited to the limits of German logistics on land and sea. Though competent, Alekseyev is still a hidebound traditionalist. His conservative approach to command is reflected in current operations, which emphasize limited actions to achieve small objectives. During the last year of combat, two million Russians have been killed, wounded, or captured — enough to shape the calculus of any commander, but especially one who has already been known to withhold reinforcements rather than deepen failures.

While the Tsar is away with the Stavka (General Headquarters), political paralysis leaves the Russian capital helpless to stop a spiral into revolution and chaos. Yet his presence at the briefing today changes nothing about the conduct of the war at the front, either, for Alekseyev has done all the hard work of actual strategy. Nicholas merely listens, and nods, and assents to a plan marked by low ambitions. Local efforts around Riga and Dvinsk and Minsk — basically, the Russian positions north of the Pripet Marshes — are rebuilding the Army’s broken confidence; pioneers are expanding and improving the road network behind the front to speed the flow of men, supplies, and ammunition; communications are being improved, and more importantly, secured; in time, he believes, larger-scale offensives are still possible.

But Alekseyev is also jealous of resources, vetoing any grand strategic strokes to husband his strength against the Germans and Austro-Hungarians. His deep suspicion of tactical and technical innovation makes him the last person in Russia to solve the dilemma of the modern battlefield — or fix the patronage and nepotism and infighting that afflict the officer corps. Piecemeal actions cannot achieve victory in the time he has left. Alekseyev will remain the Tsar’s chief instrument of military policy until the bitter end, even as a cast of characters tumbles through the vacuum of power forming at the Russian capital. Corrupt to the core, the Russian state cannot change fast enough to win a war of attrition in 1916, and revolutionary forces are gaining all the time. So pessimistic that he suspends offensive actions altogether by 1917, Alekseyev will eventually be the one who must convince Nicholas to abdicate. 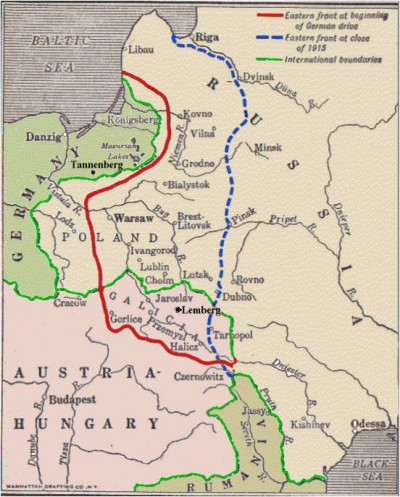 Despite its enormous size and inexhaustible resources, the Russian juggernaut is unable to muster the same material power as its enemies, falling short in production of all sorts of war machinery and weapons. Unable to entirely import their way out of these problems, Russia still lacks the industrial base necessary for sustaining an army on the new battlefield, and much of what it is making turns out to be ineffective. Ten months after the German Army’s first use of gas weapons in the eastern theater of war, the Zelinsky-Kummant gas mask has been designed, tested, and manufactured, with more than three million ordered and the first units receiving theirs by the end of September. Yet actual production is never sufficient to distribute them to every man in the field, while poor quality controls and the advance of chemical munitions technology render a rival design based on a coal mining breather ineffective, forcing its withdrawal from the front during 1916.

In Germany, which began the war with the world’s largest and most advanced chemical industry, scientist Fritz Haber has experienced no shortage of support. “I was one of the mightiest men in Germany,” Haber says after the war. “I was more than a great army commander, more than a captain of industry. I was the founder of industries; my work was essential for the economic and military expansion of Germany. All doors were open to me.” This month, he has opened the Central Office for Chemical Questions (Zenstrelle für Fragen der Chemie), which is renamed a year later to the Chemical Section. Yet for all his access and power, there are never more than ten officers and civilians in the unit, and never more than a thousand scientists, technicians, and ordnance men working on gas weapon programs at any given time. In fact, the business of choking men to death is being founded on Haber’s vast web of personal connections throughout the German chemical sector.

Russia never produces a chemical arsenal of its own, for there is no Russian chemical industry; and while Russia has scientists, her universities lack experts in gas physiology. Because the empire he serves is unfit to sustain a war he doesn’t really know how to wage, Alekseyev’s army will never achieve strategic or material superiority. The reasons are structural, and therefore too difficult to change. 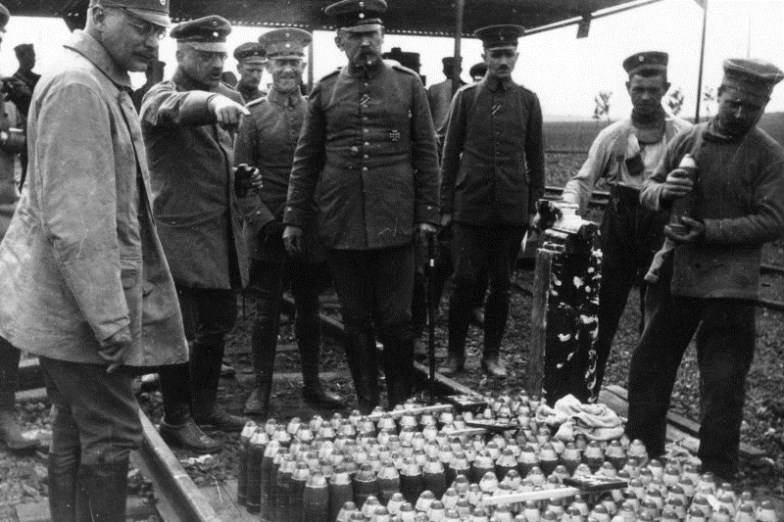 Haber personally supervising the distribution of gas weapons at the front. Precision testing allowed him to mass-produce shells with the right mix of high explosives and chemical agent to achieve maximum spread and persistence