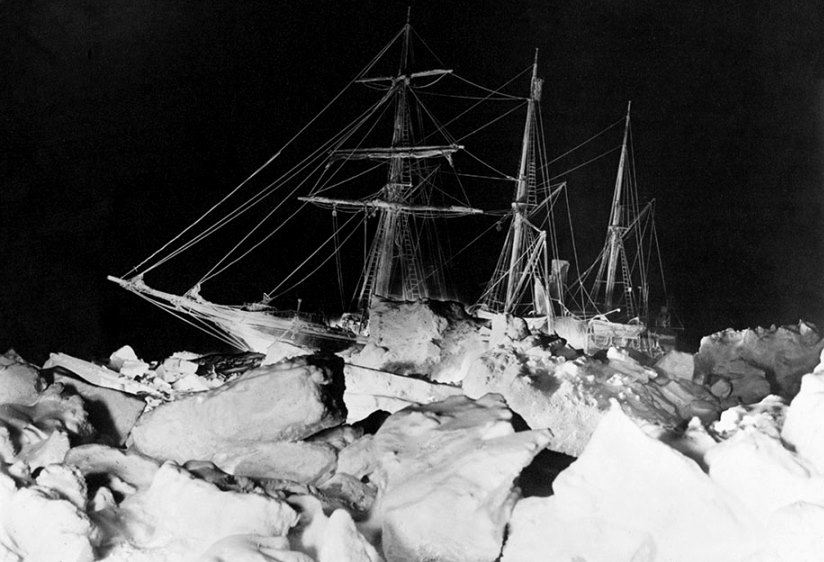 “Men wanted for hazardous journey,” reads the probably-apocryphal advertisement with which Ernest Shackleton is said to have recruited his 27-man crew. “Small wages. Bitter cold. Long months of complete darkness. Constant danger. Safe return doubtful. Honour and recognition in case of success.” Sailing for Antarctica in a new ship named Endurance — from his family motto, Fortitudine Vincimus (by endurance we conquer) — Shackleton knew that the Great War had begun, but he has been cut off from any news of it for more than a year.

In fact, his ship became entrapped by pack ice in the Weddell Sea ten months ago. Still 2,500 miles away from the South Pole, Shackleton was forced to abandon his plans for a continent-crossing expedition, and a four-month winter darkness descended on the Endurance. Unsure if his work would ever be seen, photographer Frank Healy took the above picture of the frosted sailing ship locked in desolate ice, a haunting image that captures just how lonely and remote Shackleton’s explorers have really been all this time. In practical terms, they might as well have been on the moon.

It was early September when ice pressure tossed the explorers’ world on its beam with surprising suddenness. Still drifting slowly towards the ocean on a majestic floe, the team set up tents and stayed close to their stricken vessel until the afternoon of October 27th, when Shackleton ordered them to leave the Endurance behind and march across the ice in a bid to reach the open sea. 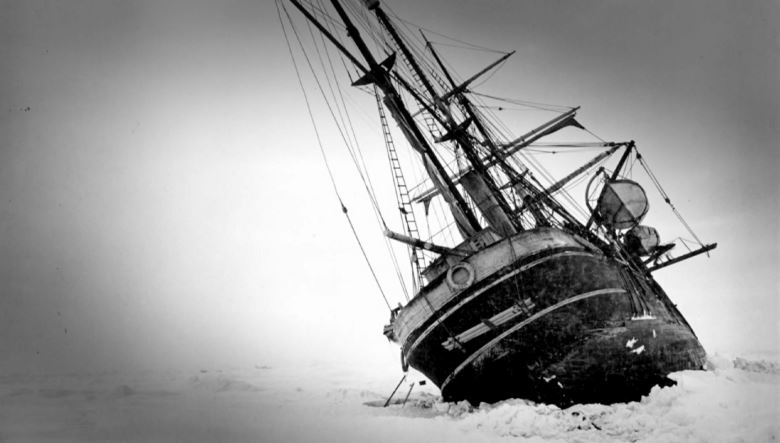 A view of the Endurance after pitching on her side; she has continued to roll over slowly from the upwelling ice

But the departure was short-lived, for movement across the ice is much slower and more difficult than it looks. The very ‘ground’ under their feet is uneven from a constant churn of melting, freezing, and tidal shift, turning every advance into a struggle. After just three days of incremental progress as disappointing as a Western Front offensive, Shackleton and his exhausted men return to the crumbling ship and erect Ocean Camp. Salvaging just three tons of supplies, they are supplementing their meager rations with penguin and seal meat. Scavenging the wreckage to build a galley and storehouse, they pitch their linen expedition tents and wait for nature to take its course.

One finger always on the pulse of his crew, Shackleton orders his officers to use the woolen sleeping bags so that the enlisted men can use the warmer reindeer skin ones. Like the games of football and the midsummer feast that Shackleton has organized in past months, this decision is aimed at keeping up their morale and preventing resentment from tearing them apart. Under antarctic conditions, despondency is the greatest killer of all.

But there are things he cannot prevent — including the final destruction of the Endurance. 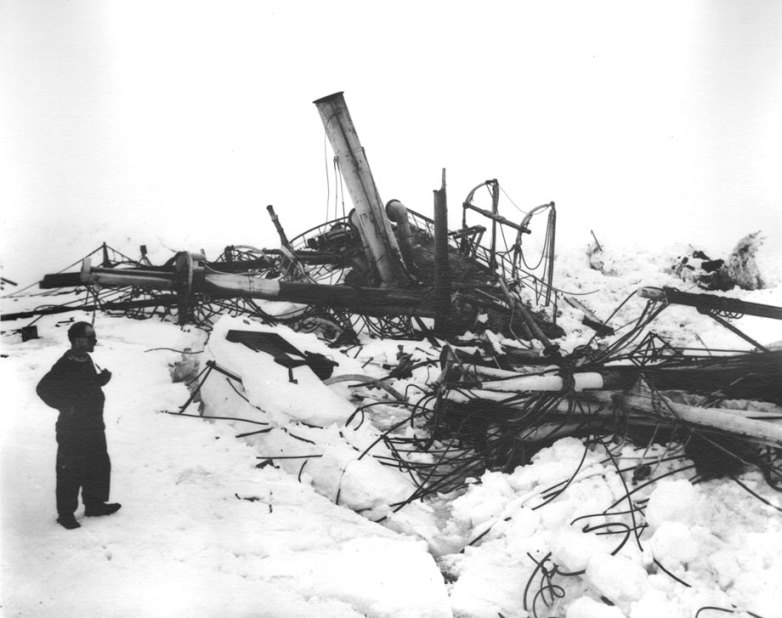 Creaking and crackling as she settles, the boat has given plenty of warning that her doom is near. In fact, all of them are watching this afternoon as their former sanctuary sinks into the daytime thaw. “She’s going, boys!” Shackleton cries — and then the Endurance is gone. Photographing the tangled remains of her spars and smokestack, the crew stay close for another month as the outward pressure of the ice sheet pushes them straight towards Elephant Island at the end of the Antarctic peninsula.

“Ship and stores have gone,” Shackleton says, “so now we’ll go home.” Having stored up strength, they resume their march over the ice two days before Christmas, averaging only a mile or two every day, dragging the Endurance‘s three small boats in hopes of setting sail once they reach the end of the ice. Stopping again on the 29th of December, the exhausted expedition sets up camp once more to let the ice carry them at its slow, yet untiring pace. Soon afterwards, they will be forced to eat the sled dogs, carrying on alone. By the time they reach solid land again, they will have been at sea for almost five hundred days. 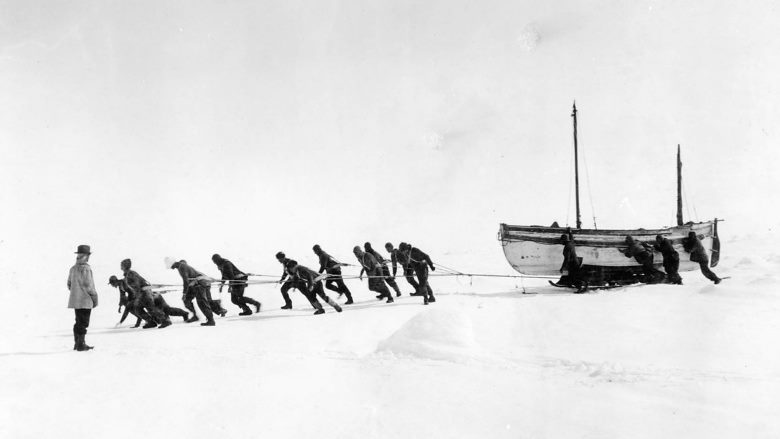 Moving the James Caird, in which Shackleton will later sail hundreds of miles to arrange a rescue for the rest of his crew