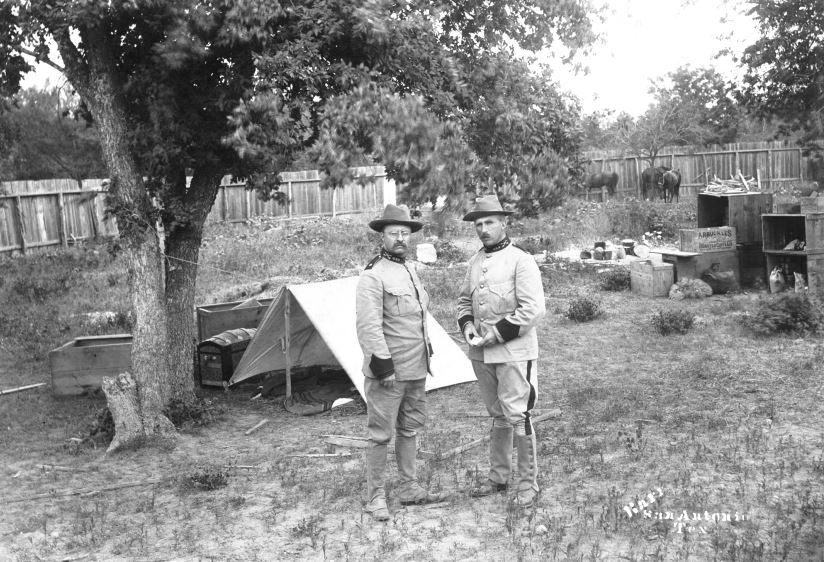 August is the silly season in Washington, DC, and during August of 1915 fanciful rumors of war made headlines in the nation’s capital. First, the Washington Post reported that the General Staff was preparing to send a million-man army overseas; three days later, the Baltimore Sun reported the same story. While the War College Division of the United States Army denied these reports, Secretary of War Lindley M. Garrison has in fact been working on a “Statement of a Proper Military Policy for the United States” that raises the authorized strength of the Army above the 100,000 limit set for it by Congress. Announced today, his policy change amounts to little more than recognition of the state of affairs that has existed since June thanks to current missions.

With half its limited number of cavalry regiments already deployed on the Mexican border since 1913 to deter the spread of that country’s revolutionary violence, the US Army is hardly prepared to send a million man army anywhere anytime soon, much less the trenches of the Western Front. Despite being employed around the world twenty-nine times since 1871, the same year that France and Germany reenacted America’s Civil War in a grim preview of the Great War, the United States Army has never been very large. Between 1901 and 1911, the entire force averaged just less than 66,000 men — a figure only marginally greater than the number of casualties sustained by the British Army in the Battle of Loos, which concludes in exhaustion this very same morning.

The US Army Chief of Staff has fended off attempts to constrict the Army’s burgeoning payroll budget more than once in the last four years. In what seems to us now like unthinkable penny-pinching, Quartermaster General James Buchanan Aleshire had to argue vociferously for an additional $170,000 appropriation from the House Committee on Military Affairs last December just to cover the increase in officers to command the new artillery, machine gun, and cavalry troops being trained for the Army’s very limited modernization efforts. There is no military budget for studying the rapidly-developing nature of warfare in foreign theaters of conflict, or for expanding the Army’s air mission, or for meeting the novel challenges of a chemical battlefield.

In part, this is because of traditional American suspicions regarding large standing armies — a sentiment so powerful that it has required Americans to die by unnecessary thousands while learning to fight every new war. Running contrary to this current is the ‘Preparedness Movement,’ whose most prominent advocates include Theodore Roosevelt and Leonard Wood. Friends since meeting at a Washington, DC stag party in 1897, their bond was forged in the Spanish-American War (see above), and although neither man currently occupies any kind of political office, their call for universal military service and wartime conscription has been ascendant since a German torpedo sank the Lusitania in May. And in September, they got a big boost from a feature film. 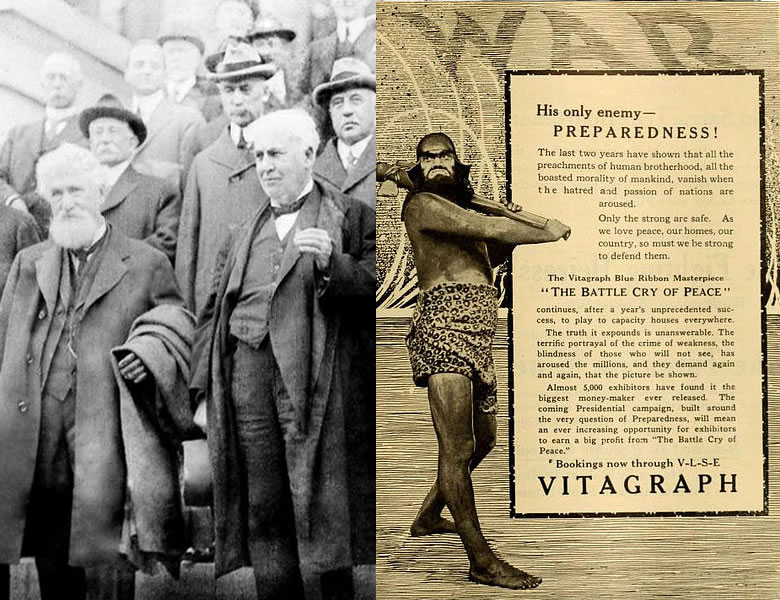 Left: Hudson Maxim, inventor of smokeless gunpowder and brother to machine gun inventor Hiram Maxim, with Thomas Edison. Hudson lost a close friend on the Lusitania. Right: a production poster for the 1915 feature film The Battle Cry of Peace

At least as controversial as Birth of a Nation, which also premiered this year, The Battle Cry of Peace has been denounced as militaristic propaganda since its opening. Now mostly lost save for some battle scenes, the film portrays American pacifists as the useful tools of foreign powers who want America disarmed and vulnerable to invasion. Produced by James Stuart Blackton and based on the new book Defenseless America by Hudson Maxim, whose very name is virtually synonymous with the arrival of industrialized warfare, it is a creation of the Vitagraph studio shot and printed with the licensed technology of Thomas Edison. It is also an example of rapid creative development, for the book and film have been conceived, written, shot, directed, and produced in less than five months — a pace that seems unthinkable a century later. Ironically, when America does finally enter the worldwide war, Battle Cry is seen as insufficiently pro-war, and must be edited to add extra jingoism.

This year, Wood also founded a summer training school for reserve officers at Plattsburg, New York, coaching the first of some 40,000 men in military camp and drill by the end of summer 1916. Drawn largely from the northeastern elites, they are nevertheless an inspiration to Secretary Garrison, whose policy begins to mirror the Preparedness Movement in many aspects, such as the emphasis on a large reserve army and disdain for the latter-day state militias of the National Guard. It is more than enough fuel for the enemies of war to light a watch-fire, for the ‘Preparedness’ controversy will help shape the presidential election.

Fictional scenarios aside, Republicans Roosevelt and Wood propose that maintaining low force levels, not just in the Army but also the Navy, tends to invite foreign conflict, whereas military strength and preparation will deter such action. Pacifists counter that preparations for war have their own momentum, carrying the nation into conflicts it might otherwise avoid. While the Preparedness Movement ultimately fails to swing the Democratic Congress around to its point of view during the political season of 1916, the German decision to return to unrestricted u-boat warfare at the beginning of 1917 leaves American pacifists clearly discredited on this point.

In a very real way, a century later we are still living with the ghosts of this ‘preparedness’ question: Congress now seems incapable of cutting off even the most obvious procurement boondoggles. There is always enough money for more ships, more tanks, more weapons. When we complain at the seeming-ease with which the Pentagon is able to secure massive sums for dubious enterprises without even a pretense of accountability, it is often lost on us that America did not always work this way. We were not always a global military power. 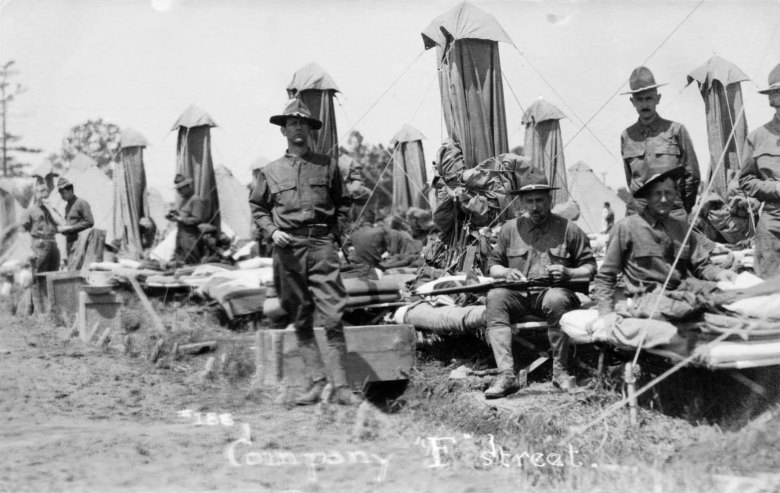 Men training at the Plattsburg camp in 1916