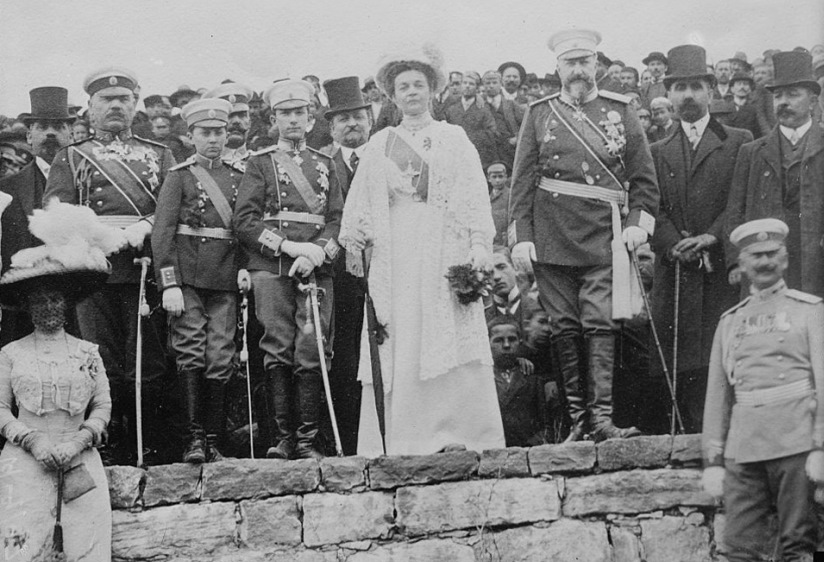 Austrian and German formations began crossing into Serbia six days ago, and the invasion has already succeeded in conquering the peacetime Serbian capital of Belgrade. Their new ally Bulgaria has played coy with their enemies for weeks, but it was impossible to keep their mobilization secret forever, and Sofia’s diplomatic relations with Russia, France, and Britain have broken down. In a statement released today, Prime Minister Radoslavov finally admits his government’s intentions and explains the rationale for joining the Central Powers rather than the Entente.

Today we see races that are fighting, not indeed for ideals, but solely for their material interests.  The more, therefore, we are bound to a country in a material way, the greater is that country’s interest in our maintenance and increase, since thereby that one will profit who helps us and is tied to us by economic bonds.

If, therefore, we are to change our previous policy for indefinite, unsafe, and to us even unknown advantages, that means the ruin of our agriculture and trade, and indeed everything that we have built up in thirty-six years, the reconstruction of our entire business as a people, and the seeking of new export markets for our goods.

The figures show that our trade, our interests, and our economic life are inseparably linked with Turkey, Germany, and Austria-Hungary.

Radoslavov is hardly being disingenuous about his country’s economic position and partnerships; indeed, Russian trade policy has excluded his country’s exports and helped create the wave of anti-Russian feeling on which he rode to power. Moreover, his reasoning reflects the tenuous state of the complex food systems of Eastern Europe and the Balkans which are being torn asunder by the Great War as the shadow of famine looms over the land.

All this would cause an economic crisis in Bulgaria such as we have never before witnessed and of which we can scarcely form a conception.  Our live stock industry, as well as all mills that have been set up in Varna and Burgas to grind flour for Constantinople, will be ruined.  Our finest and most useful industry will be destroyed, and the millions invested in them lost.  The live stock industry is the basis of our agricultural life.

But Radoslavov’s statement also masks the ambition of his king. Having taken the title ‘Tsar of the Bulgars’ in conscious imitation of Simeon the Great, Bulgaria’s legendary 10th Century monarch, Ferdinand I has always dreamed of recreating the empire his ancient predecessor ruled. Ferdinand’s role in the Balkan Wars of 1912-1913 certainly reflects these aspirations; so does this latest turn. By his count, there are six ‘great powers’ in Europe — the four monarchs of the Entente plus the two Kaisers of Germany and Austria — and Ferdinand has already told the world he intends to become the seventh. 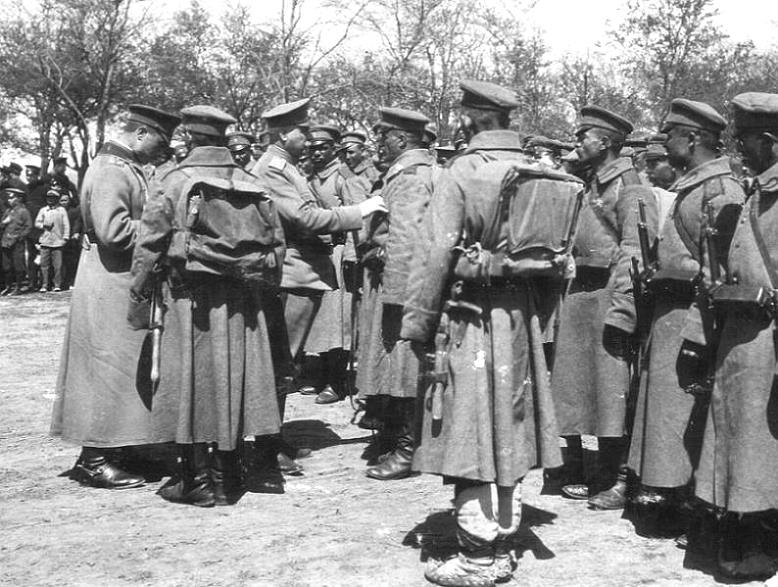 Bulgarian mobilization has been held up by material shortages: stocks of rifles, uniforms, and supplies are insufficient to equip every soldier, and the country is much less eager for war than its leadership, with the result that Ferdinand’s original target date to commence his attack on the Serbs has been pushed back already. The first hostilities begin today near Belogradchik, a Bulgarian city in the northern border region, but the actual declaration of war will not be promulgated for another three days. Bulgarian formations attack the Serbian Army near Nišava that same day, and the pace of offensive operations picks up considerably afterwards.

On the 15th, Bulgarians bombard Valandova and advance into Vranya; once northern Serbia is being squeezed between the armies of all three enemies, the invasion spreads south along the border. The next day, the Serbian fortifications east of Zaječar come under fire; on the 17th, Bulgars push through the valley of the Timok River and capture Egri Palanka, marking the advance into the Macedonian lands that Ferdinand covets. By the end of the sixth day, Ferdinand’s army is already threatening Serbia’s logistical lifeline from Salonika.

Meanwhile, the Entente allies are virtually powerless to stop the onslaught against their Serbian ally. France and Britain declare war and a blockade of Bulgaria’s Aegean coast on the 16th; Russia declares war the next day, but none of them has substantial forces in the Balkan theater. Greece, which is the best-positioned potential partner to oppose Ferdinand, has been thrown into political turmoil by its pro-German monarch, who stubbornly maintains his country’s neutrality. Badly outnumbered and outgunned in a region with very little infrastructure, the Serbs are clearly doomed to defeat. Despite his military procurement woes, Tsar Ferdinand I seems to be fulfilling his dream of becoming Europe’s seventh imperial power. 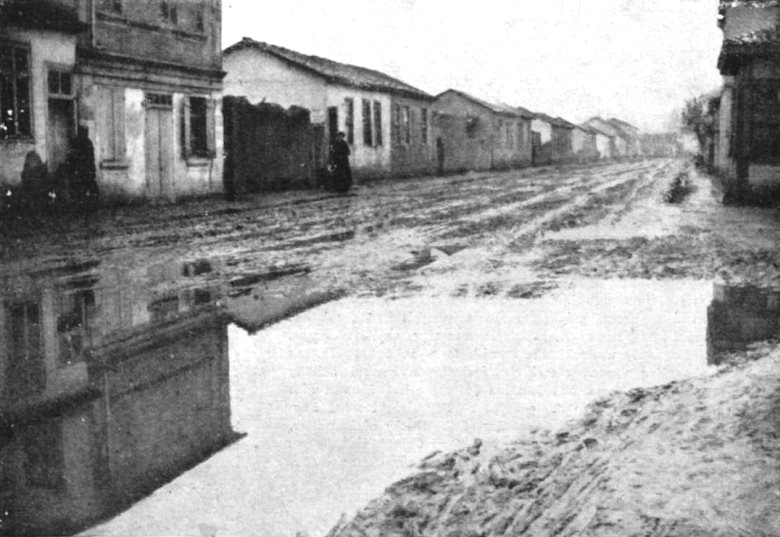 The strategic town of Uskub, which falls to German troops on the 25th. Note the poor roads which hamper transport