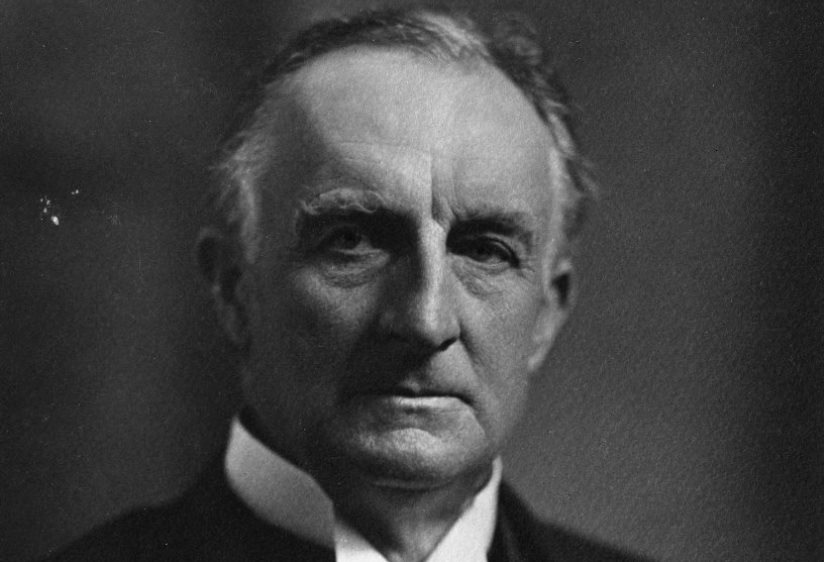 A century has passed since the two English-speaking global trade empires — one ancient, one new — fought over the freedom of the seas. Abiding suspicions and tensions peaked during America’s Civil War, when the southern states were blockaded from British trade by the US Navy, but have smoldered under the surface throughout the decades. While a whole new transatlantic security relationship is being forged now as the Americans cooperate with London against German subversion and espionage in the New World, a comprehensive British blockade of the Central Powers has simultaneously reinvigorated their old argument.

Seen above, British Foreign Secretary Sir Edward Grey personifies the issue, for the bureaucratic machinery of the blockade operates within his ministry rather than the Admiralty. Yet when neutral countries like the United States seek redress over seized ships and cargoes, it is to Grey’s office that they must also appeal. This apparent conflict of interests is no accident, but a deliberate policy choice of His Majesty’s government, which is prosecuting a war of attrition and material production against a German state that depends on imports, after all. Decisions that make perfect sense in London — such as seizing formerly-German merchant ships purchased by private American citizens, delaying neutral vessels for inspection, and confiscating an increasingly-long list of contraband — have been received as illegal and unjustifiable acts in Washington, DC.

Today, the US State Department sends the British ambassador an extensive communication enumerating American objections to the British blockade. Under thirty-five subheadings, Secretary of State Robert Lansing has written 15,000 words in answer to Grey’s diplomatic correspondence, touching on every major topic of the transoceanic dispute. Lansing dismisses British minimization of the blockade’s economic impact on the US, rejects British legal theories that are based on American actions during the Civil War, and attaches an “incomplete list” of 276 ships carrying American cargo to neutral countries that have been seized or delayed for inspection at Kirkwall between March 11th and July 17th. 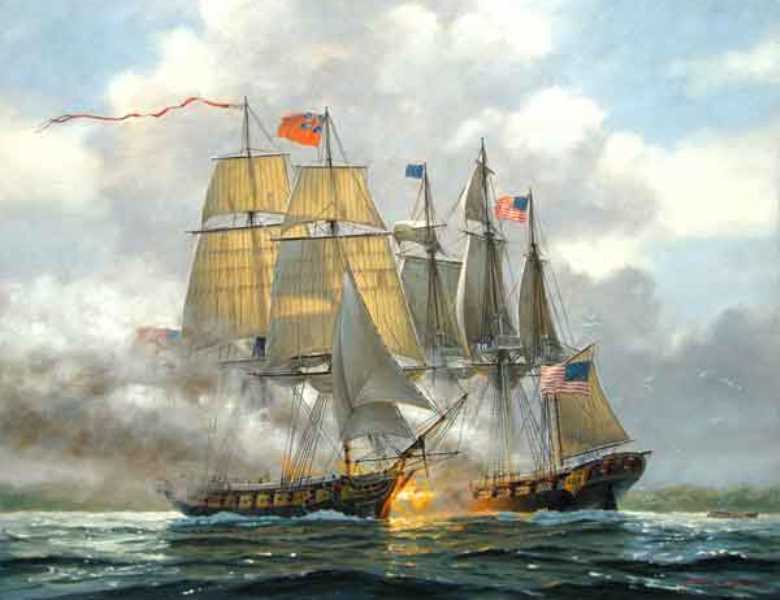 The defeat of the HMS Peacock by the USS Hornet during the War of 1812. A century after the end of that conflict, naval combat takes place ‘over the horizon’ through technologies such as radio, high-explosive gunnery, and aircraft

“I used to be a lawyer,” President Woodrow Wilson is known to joke, “but now I am a reformed character.” Indeed, his legal career was quite brief and unsatisfying, but Wilson is at heart a barrister and rhetorician by temperament and education; as Wilson supervises the matter very closely, and Lansing is himself an attorney, the letter reflects a litigant’s objections to the novel reasoning behind British policy in the North Sea. For example, Britain’s use of economic statistics to limit neutral trade from helping their German and Austrian foes receives special criticism, and new controls on cotton are an especially sore point for a Democratic president who relies on the southern states to remain ‘solid’ in next year’s reelection bid.

The further contention that the greatly increased imports of neutral countries, adjoining Great Britain’s enemies, raise a presumption that certain commodities, such as cotton, rubber, and others more or less useful for military purposes, though destined for those countries, are intended for re-exportation to the belligerents who can not import them directly, and that this fact justifies the detention for the purpose of examination of all vessels bound for the ports of those neutral countries, notwithstanding the fact that most of the articles of trade have been placed on the embargo lists of those countries, can not be accepted as laying down a just or legal rule of evidence. Such a presumption is too remote from the facts and offers too great an opportunity for abuse by the belligerent, who could, if the rule were adopted, entirely ignore neutral rights on the high seas and prey with impunity upon neutral commerce.

[…] When goods are clearly intended to become incorporated in the mass of merchandise for sale in a neutral country it is an unwarranted and inquisitorial proceeding to detain shipments for examination as to whether those goods are ultimately destined for the enemy’s country or use. Whatever may be the conjectural conclusions to be drawn from trade statistics, which, when stated by value, are of uncertain evidence as to quantity, the United States maintains the right to sell goods into the general stock of a neutral country and denounces as illegal and unjustifiable any attempt of a belligerent to to interfere with that right, on the ground that it suspects that the previous supply of such goods in the neuitral country, which the imports renew or replace, has been sold to an enemy. That is a matter with which the neutral vendor has no concern and which can in no way affect his rights of trade. Moreover, even if goods listed as conditional contraband are destined to an enemy country through a neutral country, that fact is not in itself sufficient to justify their seizure.

Nor is this the end of American complaints, for the anglophile Wilson wishes to appear even-handed, no matter what his personal feelings about the war’s combatants. In December, Lansing issues another diplomatic letter decrying the British seizure of mails at sea, saying that important business and private papers are being confiscated on flimsy excuses, a charge that the British government denies. None of these diplomatic efforts will force any changes in British policy, however. Brushing all objections aside, Grey steadfastly asserts Britain’s ‘right’ to interfere in neutral trade with its enemies, even firing a verbal warning shot in February that “if neutral countries were to take that line it is a departure from neutrality.”

Lacking the ‘hard power’ means to pressure Britain, the best that Wilson and Lansing can do is insist on such ‘rights’ as indemnities, compensation, and other forms of financial redress that are only available by going through the British government and its institutions, and which may wait for the duration of the war in many cases. But as lawyers, Lansing and Wilson do not see the impasse with London as a problem of unbalanced military power. Having once fought a war to throw off the abuses of the world’s most powerful navy, America has leaders who regard the current controversy as a series of torts to be briefed and pursued at the glacial pace of an appeals court process. 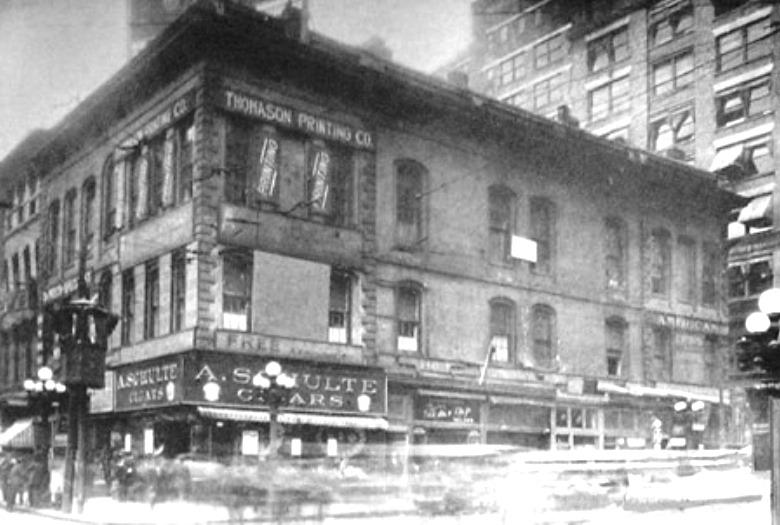 Now demolished, Wilson’s Atlanta law office was located in the back of the second floor of Concordia Hall on Marietta Street. Via