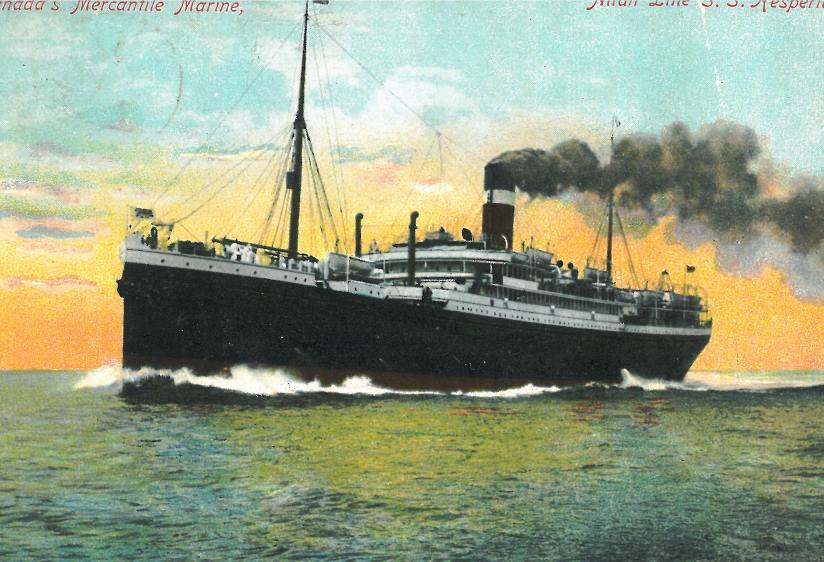 Seen in the postcard image above, today the RMS Hesperian is steaming home to Canada from Liverpool with 653 passengers and cargo off the southwestern coast of Ireland when she is torpedoed amidships. A stout ship of the Allan Line, she takes more than a day to sink — more than enough time for rescuers to try towing her to port, and quite adequate for evacuating everyone on board. Yet dangers remain: one of the lifeboats slips its davits, killing thirty-two passengers. On board the Hesperian is the corpse of Frances Stephens, a victim of the Lusitania sinking in May being returned home to her final rest. She becomes the first person in history to be sunk twice by the same submarine and captain.

Turning away to sea in search of other prey, before the end of the day Kapitänleutnant Walther Schweiger and the crew of the U-20 sink the Duro, the Real, the Dictator, the Bordeaux, and the Caroni. Denounced in the world press as a war criminal and monster, Schweiger is aggressive, having fired even on hospital ships with the excuse that they were ferrying fresh troops to France on their return route. His brutal successes had inspired strong reactions from Britain before the Lusitania, and his first sinking of the day is another blow to the waning US-German relationship. 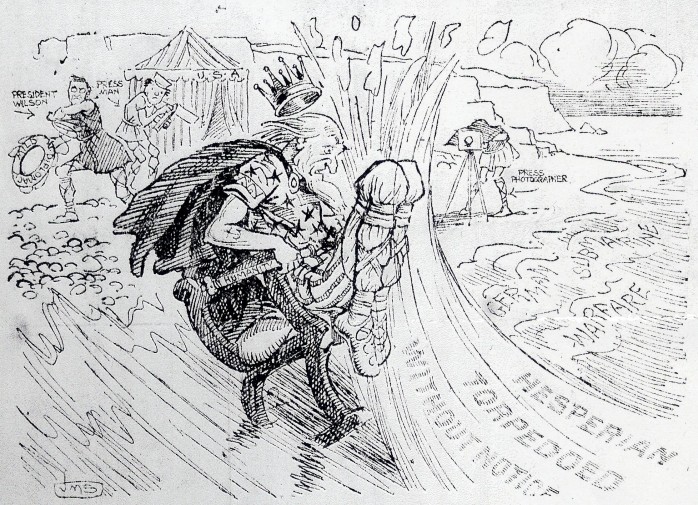 A cartoon by Joseph Morewood Staniforth derides American U-boat policy. The title reads: KING CANUTE: “Guess, in ordering this German tide to keep back, I haven’t put the ‘fluence on strong enough.” Via cartoonww1.org

Only a week has passed since the German ambassador promised the United States “full satisfaction” in the sinking of the Arabic, a passenger liner torpedoed and sunk by Kapitänleutnant Rudolph Schneider commanding the U-24. During yet another flurry of diplomatic correspondence and assurances, this time Schweiger and Schneider both receive official reprimands, the first time that Germany has publicly rebuked any German officer for a violation of policy or the ‘cruiser rules’ of commerce war. Schweiger returns to base expecting a hero’s welcome only to discover discipline and opprobrium waiting for him instead. The experience is dismaying, for he is one of the most successful captains in the fleet, and medals were struck to commemorate his ‘victory’ over the Lusitania.

His experience galvanizes support for submariners within the German Navy. Whereas the undersea service began the war at the very bottom of the pecking order, with surface officers sneering disdainfully on their commanders and crews, the U-boats are practically the only German vessels currently bringing the war to the enemy at sea, and other sailors understandably appreciate their efforts now. A polar shift in attitudes is taking place. The more U-boats earn condemnation from the enemy, the more the German Navy loves them. 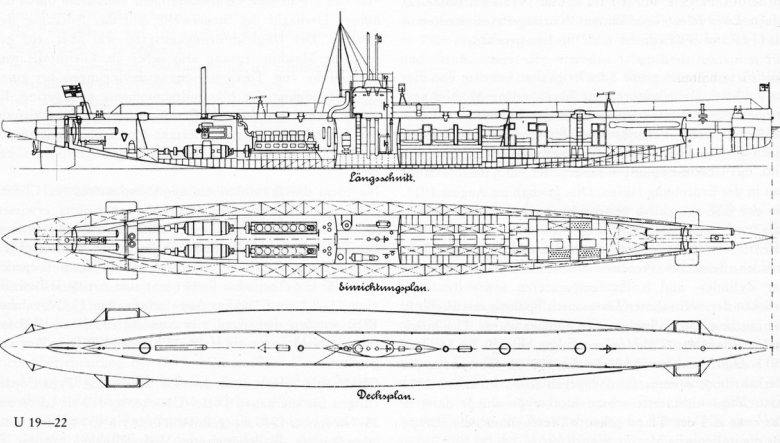 The deck plan of the U-20’s class. Two hundred feet long and twenty feet wide, she is a cramped space for 33 sailors

Just three years after the Titanic sank, the Great War is also forever changing the civilian seafarer’s concept of catastrophe a second time in four years. Whereas the world’s most-trafficked shipping lanes have long developed a strong system of coast guards and rescue services to deal with the effects of storms, engine failures, and other disasters at sea, no such safety systems exist against submarines and torpedoes yet. Traveling under blackout, the most elegant and refined shipboard accommodations become gloomy. Even the new technologies being developed by the British Navy, such as sonar and depth charges, are only useful to a warship that knows where to find the submarine. Convoy tactics have yet to be adopted by the Admiralty, and while new countermeasures are being developed all the time, they are still too experimental to make a dent in the threat.

And while the disaster three years ago caused passenger lines to add lifeboats and conduct drills, the process of putting hundreds of people safely over the side of a sinking ship is often slower than torpedo damage allows. The fate of passengers on the Titanic is thus becoming an all-too-common fate for passengers and crew now, but because of human agency, not a random iceberg, and indeed it is Schweiger’s intentional brutality which the world finds so shocking. 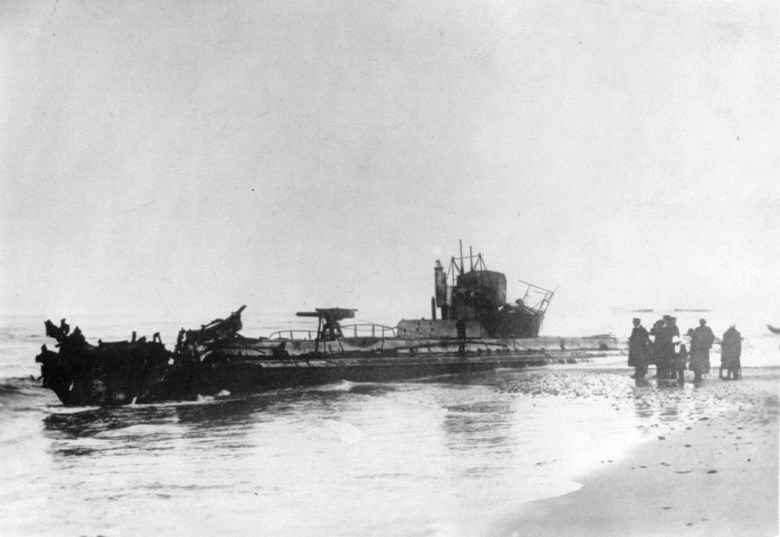 The eventual fate of the U-20, scuttled on the Denmark shore. Schweiger survives only to drown later in a second ship